Samsung is working hard on its smartphone with a foldable display and Apple isn't far behind. The Cupertino based company has reportedly ditched its current iPhone X OLED display supplier Samsung, and has reportedly teamed up with LG for making foldable displays for its future iPhones amid fears of its secrets being leaked to Samsung.

A recent patent sighted by Appleinsider sheds some more light on how exactly the foldable iPhone displays being developed by the company will work. This new information comes just one day after Apple and LG’s rumoured partnership news surfaced.

The patent is modestly titled ‘Electronic Devices with Displays’, but it's clear from its abstract that it is about a “flexible display” that allows the device to be folded. The filing further describes that the foldable display technology could also be used in different devices such as future iPads, MacBooks or Apple Watches. It goes on to say that Apple could use both OLED and micro LED screens for building flexible displays for such products. 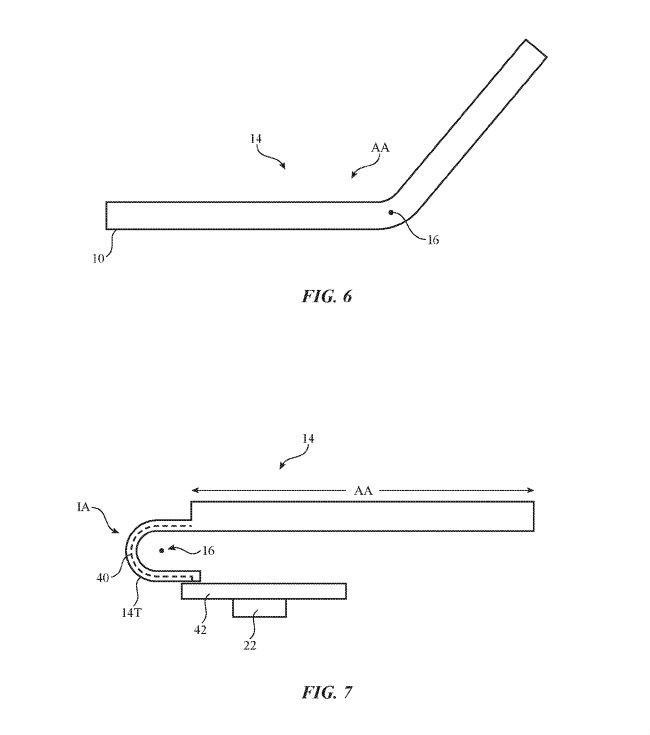 Apple’s patent filing further states that the flexible display may have a housing that can bend along a bend axis without being damaged or breaking. The said housing can be made by a combination of one or more materials such as steel, ceramic, plastic or glass.

The patent filing states “Metal trace on the flexible display may include metal trace strips that serve as power lines. Flexibility enhancement regions such as slot-shaped openings or other openings may be formed in the metal trace strips to enhance flexibility.” This essentially means that the display will consist of a hinge and regions of “enhanced flexibility”, which would reduce or eliminate bend-induced stress. 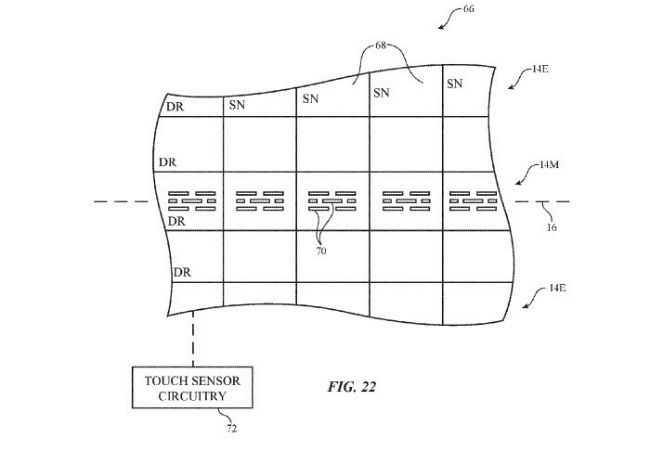