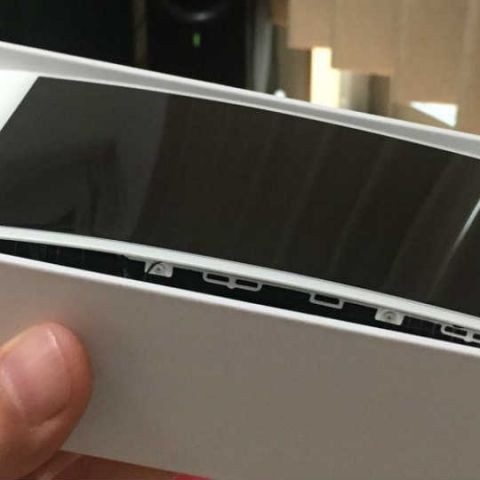 Apple iPhone 8 owners are facing a new problem where the phone splits apart into two pieces either on its arrival or after using it few days. The problem in the hands of Apple is that the battery inside the iPhone 8s are swelling and causing the display to disintegrate from the main frame of the device. The problem was first reported by iPhone 8 users in Taiwan and Apple says "it is aware and looking into" the matter.

According to 9to5Mac, the first report of iPhone 8's swollen battery came from a woman in Taiwan, who found her iPhone 8 Plus split open while it was being charged using supplied cable. The problem was then reported by iPhone 8 users in Japan, China, Canada and even Greece. A Twitter user from Japan posted pictures of swollen iPhone, which shows the device split open.

The iPhone 8 and iPhone 8 Plus were announced on September 12 and went on sale on October 22 in several markets worldwide. The company is expected to have shipped millions of iPhone 8s till date and reports of manufacturing issues with the device are not surprising. However, after Galaxy Note7's battery fiasco last year, this iPhone 8 splitting apart is concerning to both consumers and the manufacturer.

There have been less than a dozen reports of this manufacturing issue with iPhone 8 but there haven't been any incidents of fire or explosion of the device. Some media reports are calling the issue as explosion but there aren't visible marks of burn or explosive damage in any of the pictures.

It's too early to understand what's causing iPhone 8's battery swell to an extent that the device is split open. The issue could be a random one affecting a few batch of iPhones and may not necessarily translate into a crisis of the scale of Galaxy Note7. Apple will investigate the issue and is expected to share more details on it soon.