In a recent Tweet from the newly created Essential Twitter handle, the company has posted an image of the upcoming smartphone with what appears to be a 360 degree detachable camera accessory. Take a look 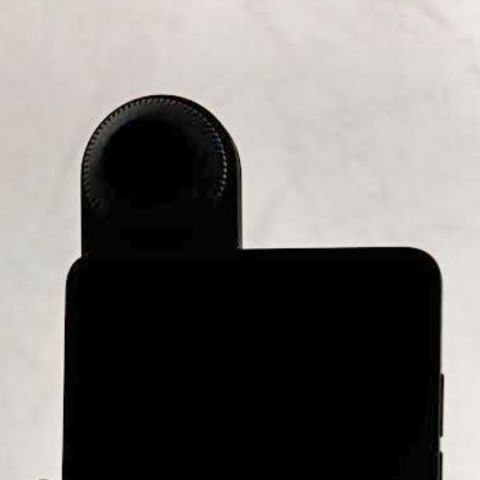 Andy Rubin, the Co-Creator of the Android OS, has been teasing a bezel-less smartphone for the better part of the year now. Rubin’s company, ‘Essential’, is expected to unveil a new smartphone tomorrow, May 30. In an attempt to create some buzz around their smartphone debut, Rubin and company have been putting up images of the upcoming device on Twitter.

In a recent Tweet from the newly created Essential Twitter handle, the company has posted an image of the upcoming smartphone with what appears to be a 360 degree detachable camera accessory. Take a look.

We heard you @renan_batista - here's something to hold you over until next week: pic.twitter.com/QSIeXyjKNq

Earlier images of the smartphone confirmed that it will be a bezel-less device, while reports also pointed out that it might sport an edge-to-edge 5.5-inch screen. The new image teased by Essential was further analysed by Twitter users, who used a technique called Error Level Analysis to distinguish between the smartphone and the attached 360 degree camera accessory. It is believed the camera snaps onto the phone, hinting at a modular build for the device. An earlier post by Rubin showed a colleague of his working on what looks like a 360 degree camera setup, further fuelling speculation that the accessory shown in the latest tweet is indeed a snap-on 360 camera. Here’s that tweet from April 12, 2017.

Can anyone guess what my colleague Wei is working on? First correct guess wins a signed version of the product when it's ready! pic.twitter.com/RjGLczdCgV

An alleged GFXBench listing of the Essential smartphone was also spotted back in April. The listing confirmed that the device will run on Qualcomm’s Snapdragon 835 platform, and will come with the latest version of the Android operating system - Nougat. Further, the listing mentions that the Essential smartphone will house 4GB of RAM and offer 10GB of storage (which will most likely change in the final consumer-grade listing of the device). Other leaked specifications include a 12MP primary camera and a 7MP front camera.