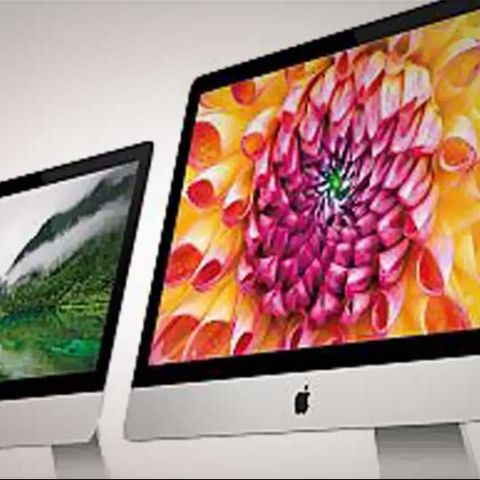 Apple’s all-in-one PC is now in its seventh generation and is a whopping 80% thinner than the sixth-gen iMac. The refreshed iMac also includes third generation quad-core Intel Core i5 processors that can be upgraded to Core i7, 8GB of RAM, a 1TB hard drive, and the latest generation Nvidia GeForce graphics processors that according to Apple deliver up to 60 percent faster performance.

The fruity giant has also implemented Fusion Drive, an “innovative new storage option” that gives customers the performance of flash and the capacity of a hard drive by combining 128GB of flash with a standard hard drive to create a single storage volume that intelligently manages files to optimize read and write performance.

Here is the pricing (exclusive of VAT), as shared by Apple:

If you are interested in picking up the new thinner iMac, you can take a look at our hands on here.