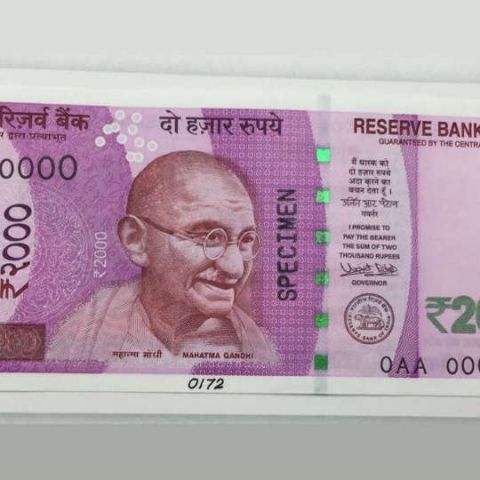 No, the new Rs. 2,000 note issued by RBI does not have a nano-GPS chip, against initial expectations.

Finance Minister Arun Jaitley has confirmed that RBI's new Rs. 2,000 note has no GPS chip. On Tuesday, we had noted that RBI doesn't confirm existence of any such chip in its feature list, for the new currency.

"From where did you come to know this? I haven't heard of it," Jaitley said when asked by a reporter about the use of nano GPS on new Rs. 2,000 note issued by the Reserve Bank of India (RBI). Despite rumours floating on WhatsApp and other social networks about the existence of such a chip, the confirmation from Jaitley will put the debate to rest.

After PM Narendra Modi's announcement, there were multiple rumours suggesting that the new, Rs. 2,000 note will deploy a nano-GPS chip in order to track the coordinates of the note. The use of such a chip was touted as the next big way to erode black money and corruption in the nation.

The rumours indicated use of a nano GPS chip, which will relay back signal from its location, giving out precise location in the process. Well, that is not happening anytime soon. In short, the government has only demonetised the use of Rs. 500 and Rs. 1,000 notes, but it is not tracking the location of new notes.