Now a 'smart' ring to manage your smartphone updates 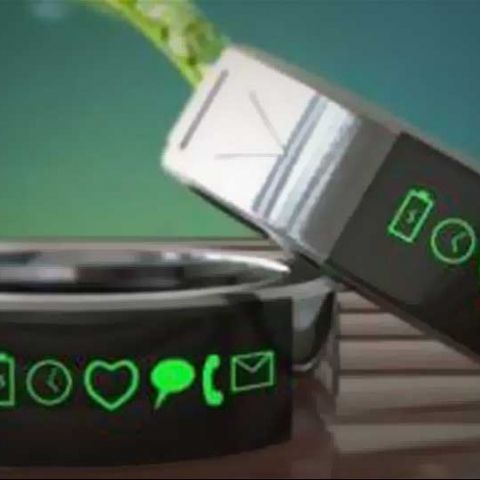 Now a new Bluetooth enabled 'Smarty Ring' that allows users to check smartphone alerts and manage incoming calls right from your finger. The ring can also be used as a watch, phone finder and a timer. The Smarty Ring is compatible with both iOS and Android devices as long as they have Bluetooth 4.0.

Users can manage the settings of their smarty ring with a smartphone app. The Ring also acts as a phone tracker and will beep to alert the user if he moves more than 30 feet away from his phone. The ring has a stainless steel water resistant design and gives the user 24 hours of battery life.

The Smarty Ring gives all incoming and outgoing call notifications as well as alerts for Text and e-mail messages. User also gets real time updates from social networking sites like Facebook, Twitter, Hangout and Skype. The Ring also acts as a remote control and the user can accept or reject incoming calls, make outgoing calls to preset numbers, Trigger the camera on your smartphone, control music, change profiles and much more.

Wearable technology is on the rise, with Samsung, Sony, Qualcomm, Google all launching wearable tech devices. Qualcomm has recently announced Qualcomm Toq smartwatch that will be launched on December 2, 2013 in the US. The smartwatch will be compatible with Android smartphones and will have a 'Qualcomm Mirasol display'. According to Qualcomm this is the first smartwatch with a touch-enabled "Mirasol" color screen that can be easily be viewed outdoors even in bright sunlight.