CM Devendra Fadnavis addressed developing smart cities and smart villages, while Nadella demonstrated the power of business services and Microsoft. He has also announced the Surface Pro 4 for India, in January 2016! 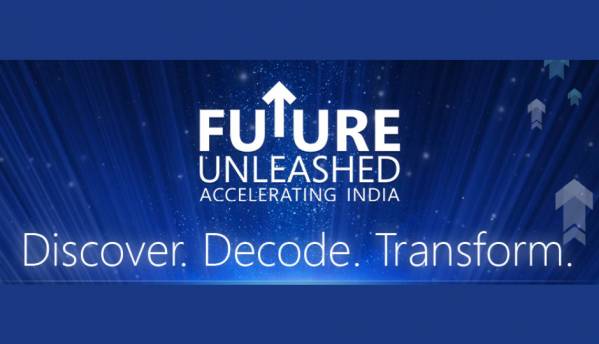 Microsoft India’s Future Unleashed conference is underway, and Satya Nadella has taken to the stage, demonstrating the prowess of Microsoft’s applications and tools in making life easier and smoother. Microsoft’s focus on services is more profound here, as Nadella began demonstrating Microsoft tools with an iPhone. “It's not my phone, but it's an iPhone. But with all the Microsoft apps and services, it's a Microsoft phone, really,” is how he began with his demonstration.

Earlier, Chief Minister of Maharashtra Devendra Fadnavis spoke on his vision to empower people with Information and Communications Technology. Keeping services as the focal point of the conference, Fadnavis stated that the basic idea about smart cities is to empower people, impart knowledge to them, and bring more services to them. At present, the Maharashtra Government is creating a smart village in collaboration with Microsoft a village named Arisa in Maharashtra. Fadnavis’ vision is to create 50 such villages, by 2016.

In light of growing services in India, Microsoft already has two data centres in Maharashtra – one in Mumbai, and the other in Pune. Taking Microsoft’s vision with India further, Satya Nadella reiterated his focus on mobile-first, cloud-first computing services. Nadella’s mantra is weaved around interconnected ambitions, including reinventing productivity and business processes, creating more personal computing and building the intelligent cloud platform. Demonstrating some of the services that Microsoft has on offer worldwide, he began demonstrating the services of Outlook and OneNote with an iPhone. He moved on to his own phone, the Lumia 950XL, and also stated that both the phones will be arriving in India in December 2015. The Microsoft Surface Pro 4 will also be arriving in India, in January 2016.

He has also demonstrated the power of HoloLens, with which you can design and impose your digital vision of architecture on a plain, nonchalant analog world. With the multiple demonstrations by the Microsoft CEO himself, Microsoft is making its intent in the Indian market very clear. With internet connections growing stronger, Microsoft is betting big on its productivity suites. In light of this, Telecom Minister Ravi Shankar Prasad is scheduled to meet Satya Nadella, possibly to discuss broadband plans, and steps to take the Indian telecommunications scenario further.