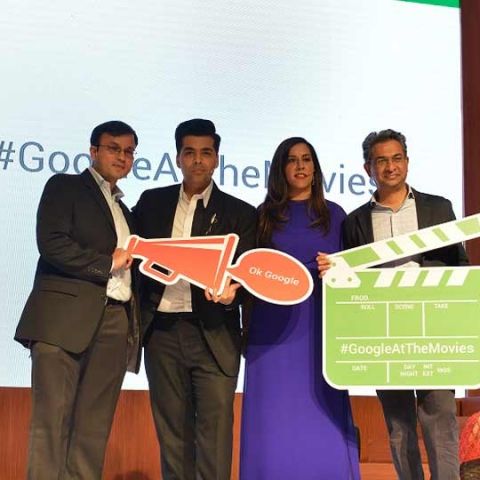 Since India becoming a part of the mobile revolution, it has gradually become on of the major sources of internet search traffic, especially for internet search giant Google. And it is no hidden secret that India as a country is highly passionate about cinema, with over 1000 feature films being produced every year. At an event today at Mumbai, Google highlighted a connection between these two facts by showcasing its cinema oriented search tools embedded into Google search.

Currently, when you go to Google and search for your favorite Bollywood actor or actress, movies, directors, singers etc, you see much more than just website links. You see cards from Google that show relevant contextual information. For example, if you search for a particular actor, you can see some of their biographical information, the movies they have done, and the famous songs from their movies. Instead, if you search for a movie, you can see an overview that highlights the subject, the rating, the director etc, you can see the show timings in movie halls around you and book tickets directly in the search app, you can see cast details and you can also have the soundtrack of the movie. Interestingly, Google also has a feature, in partnership with music streaming services in India, where if in the songs tab you tap on a particular song, or on the singer’s thumbnail, it will show a bar with the icons of the apps where you can stream the song or the artist’s discography. Just one tap from there, and you can listen to your favorite music.

Google also released a short film as a tribute to Indian cinema that showcases all of these above features and how closely integrated they are with the world of cinema. You can even try complicated searches, like “What movies have Actor A and Actor B starred in together?”, or “Are Actor A and Actor B related?”. A lot of these actions and the cards and carousels that they released were showcased by Mr. Satyajeet Salgar, Product Manager, Search along with questions from Karan Johar.

As Google Marketing Head, Sapna Chadha, explained, “Google has a long history of building products for India, and we wanted to make sure that these millions of Indian cinema fans pick up their phone and ask Google about their favorite films, actors, and songs, they get a delightful, local experience”.