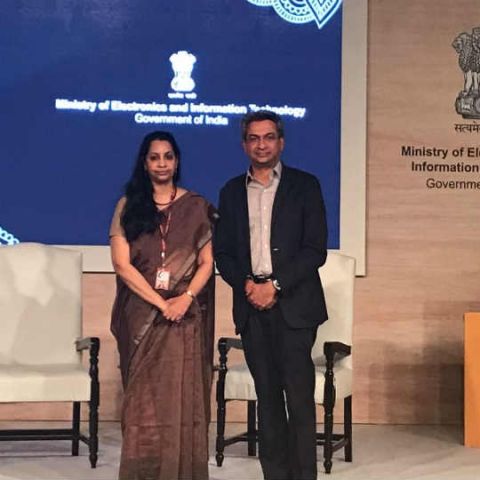 Google and the Ministry of Electronics and Information Technology (MEITY) have announced a new set of initiatives aimed at empowering more Indians to leverage the internet to their advantage. These include extending its support for the launch of a Digital Payments Security Alliance, Digital Unlocked, and extension of its Android Skilling Program to the National Institute of Electronics and Information Technology (NIELIT).

Google and MEITY’s support for the launch of a Digital Payments Security Alliance is in collaboration with the Data Security Council of India (DSCI). The new Alliance will bring together different stakeholders from the ecosystem like banks, Fintech Companies, and the government. Google also said that the Digital Unlocked initiative would be expanded to include over 100,000 artisans across India per year. The aim of this initiative is to enable them to tap into newer markets through improved visibility of their products through the internet. Besides this, Google also announced that it would extend its Android Skilling program to NIELIT, which in turn would train over 100,000 developers and students through its centers. Other initiatives that Google and MEITy will undertake in the country include proliferating the Indic web, and enhancing the government's online presence.

Rajan Anandan, Google’s Vice President of South East Asia and India stated, “We are delighted to support Honourable PM Modi’s vision of creating a ‘New India’ where technology unleases a wave of new opportunities. We are committed to and look forward to working with MEITY across these broad range of initiatives and help very Indian to leverage the power of the internet.”

Besides this, Anandan also announced that YouTube Go would soon be available in India.