Apple is not alienating Mac but the focus remains iOS: Report 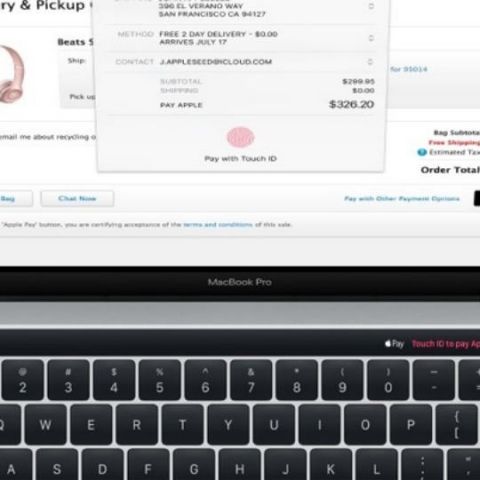 Is Apple really alienating Mac fans? If you have been wondering about this for sometime now then we finally have an answer. It seems the Mac is getting far less attention at Apple than it once did. The Mac team also reportedly has lost influence with design group led by Jony Ive and the software development group.

Apple has not refreshed its Mac lineup aimed at professionals for over three years now. The company recently introduced updated MacBook Pro with Touch Bar which failed to convince pro users by ditching the SD card slot and using USB-C as the only port of interface. According to a new report from Bloomberg, Apple's Mac team sees lack of clear direction from company's senior management and departures of key people has delayed the roll-out of new models.

Apple has not updated its trashcan Mac for over three years now while the Mac mini stays untouched since 2014. For Apple, Mac still generates about 10 percent of Apple sales and the company has been accused of alienating designers and creative professionals. "This is a company with no real vision for what its most creative users actually do with their most advanced machines," writes Peter Kirn, founder of a website for music and video creators.

Apple seems to be in a fix with its own ecosystem. Apple continues to develop macOS for its computers while iOS powers iPhones and iPads. Its worth noting that Apple loyalists now have options especially from Microsoft directly. Microsoft recently introduced Surface Studio with swiveling screen and touch support aimed directly at creative professionals and artists.

Recently, Apple CEO Tim Cook said great Macs are coming and the company is fully committed to desktop computers. However, Mark Gurman notes that most of the engineers at Apple are iOS first, giving people working on the iPhone and iPad more power.

Apple has been trying to make Macs more closer to iPhone with slimmer design and features similar to iOS. Mark Gurman notes in his piece that Mac fans shouldn't expect anything radical in terms of design in 2017. The company is instead preparing a modest update with USB-C ports and new AMD graphics.