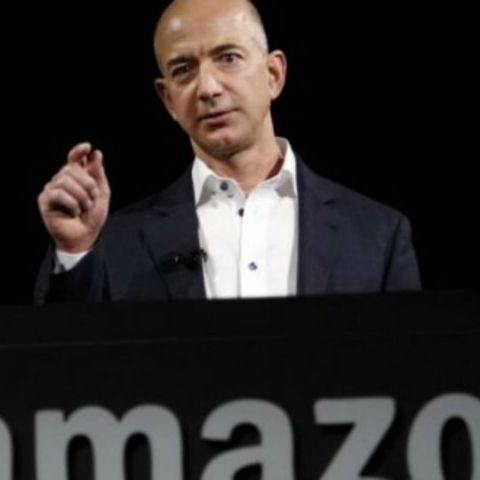 Tech companies are going all out to express their dissent against US President Donald Trump’s executive order to ban immigration from 7 predominantly Muslim nations. The furore over Trump’s immigration ban has now reached the courts, with Washington State suing the Trump administration for violating the US constitution’s Equal Protection guarantee, the Establishment clause in the First Amendment, the Federal Immigration and Nationality Act and the right to due process.

Given that US-based tech companies have much to lose thanks to the immigration ban, they are now collectively and openly protesting the ban. Joining the likes of Google, Apple and Tesla in condemning the immigration ban, ecommerce giant Amazon and online travel major Expedia have now backed the Washington state’s lawsuit against the Trump administration.

The complaint describing how these companies will be adversely affected by the ban reads as follows:

“Microsoft’s U.S. workforce is heavily dependent on immigrants and guest workers. At least 76 employees at Microsoft are citizens of Iran, Iraq, Syria, Somalia, Sudan, Libya, or Yemen and hold U.S. temporary work visas. There may be other employees with permanent-resident status or green cards. These employees may be banned from re-entering the U.S. if they travel overseas or to the company’s offices in Vancouver, British Columbia.

Seattle-based company Amazon also employs workers from every corner of the world. Amazon’s employees, dependents of employees, and candidates for employment with Amazon have been impacted by the Executive Order that is the subject of this Complaint. Amazon has advised such employees currently in the United States to refrain from travel outside the United States.

Expedia has approximately 1,000 customers with existing flight reservations in or out of the United States who hold passports from Iran, Iraq, Syria, Somalia, Sudan, Libya, or Yemen.

Bellevue-based company Expedia operates a domestic and foreign travel business. At the time of this filing, Expedia has approximately 1,000 customers with existing flight reservations in or out of the United States who hold passports from Iran, Iraq, Syria, Somalia, Sudan, Libya, or Yemen. The executive orders restrict business, increase business costs, and impact current employees and employers.”

In a declaration of support, both Expedia and Amazon released statements. Expedia believes that the Executive Order jeopardizes its corporate mission and could have a detrimental impact on its business and employees, as well as the broader U.S. and global travel and tourism industry,” said  Robert Dzielak, Executive Vice President and Expedia’s General Counsel. Ayesha Blackwell-Hawkins, Senior Manager, Mobility and Immigration at Amazon, said the order “immediately and negatively impacted employees, dependents of employees, and candidates for employment with Amazon.” Amazon’s statement goes on to say that the company has 49 employees belonging to the countries under Trump’s immigration ban, of which 47 still hold citizenships of those countries.

Microsoft on the other hand did not file a formal declaration, but reports suggest that the Redmond based tech giant is in talks with the office of US Attorney General on the same.