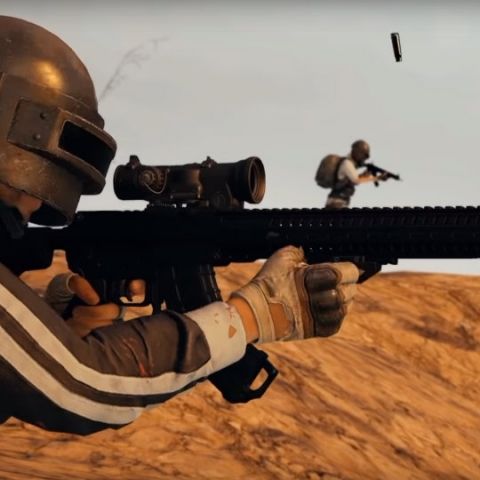 To say PUBG has not got the smoothest of rides would be an understatement. The game has been hampered with bugs and glitches since the beginning, leading to many complaints from the players. So much so that the developers themselves started an initiative to ‘Fix PUBG’. While the intiative is now over, it looks like all the problems aren’t. First reported by VG247, YouTuber, WackyJacky101 posted a video that suggested that there was a connection between frame rate and recoil. More specifically, higher the frame rate, the higher the recoil, and vice versa.

In his testing, the YouTuber noted that lower frame rates resulted in much more manageable recoil. He notes that this correlation is much noticeable in weapons with a high rate of fire, but not so much on those with a low rate of fire like the AKM. WackyJacky101 says that this might be because PUBG calculates recoil for each bullet, and there is no fixed pattern. He also says that lower FPS also results in less damage-per-second as the rate of fire is lower. This means that players with fluctuating frame rates might be at a slight disadvantage as their weapon behavior will vary based on their framerate at the time. In his testing, WackyJacky101 noted that the monitor refresh rate doesn’t seem to affect recoil.

Soon after he posted the video, Reddit user, MutuTutu did more research and noted that the issue might be even more complicated as it might be down to a weapons fire-rate, and how it syncs with FPS. The user notes that the reason why the AKM was least affected by the issue was because the weapon’s fire rate of 10 shots-per-second synced up perfectly with WackyJacky101’s test process that uses 30 and 60 FPS. Limiting the framerate to 31 or 61 FPS showed that that even that gun is affected by recoil.

As such, MutuTutu figured out that it was possible to figure out the “ideal” framerate for each weapon in PUBG, based on their rate of fire. The user also create a spreadsheet that could be used to figure out the best FPS to use in order to get the best DPS from a weapon. The sheet can be accessed from here.

Of course, changing your framerate on the fly based on the weapon you are carrying may not be ideal, but it does give players a reason as to why they should have locked framerates and which weapons they might want to consider using. Regardless, it’s a very intriguing find and it will interesting to see how the developers of the game, Bluehole, fix the issue.