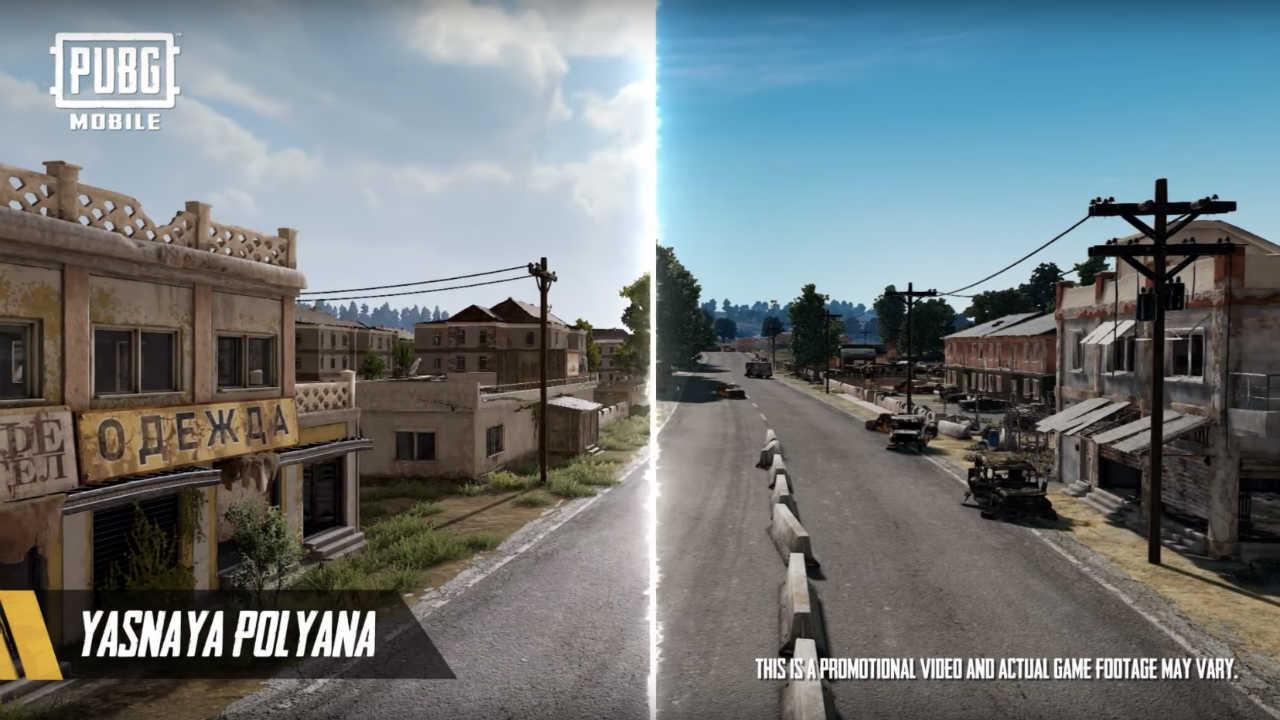 Erangel 2.0 is tipped to feature improved visuals with changes to select locations

The finals of the PUBG Mobile Club Open recently concluded and developers of the game, Tencent, had some pretty interesting announcements to make during the event. Vincent Wang, General Manager of Global Publishing for Tencent Games, took the stage to announce that PUBG Mobile has over 400 million downloads and 15 million people are playing the game every day. He also announced that the Erangel map would be updated to Erangel 2.0.

Judging by the short clip shared during the tournament, it seems like it will feature better visuals. It showcases changes to popular locations, such as Yasnaya Polyana, Mylta Power, Prison, as well as the many forests that dot the map. However, there was a disclaimer at the bottom that read, “this is a promotional video and actual game footage may vary.” As such, you’ll have to wait and see how good the visuals of Erangel 2.0 will be. Wang did not give a date for when the updated map will be available to players but only said that it would come “very soon.” It should be noted that the PC version of the game has received the new Erangel map. The patch notes for the same detail all the changes, but it is not yet known if all of them will make it to mobile.

Besides Erangel 2.0, Wang also announced that, later this year, PUBG Mobile would partner with AMC’s popular TV show, The Walking Dead. Details as to how this partnership will manifest in the game is not yet known. It should be noted that PUBG Mobile partnered with Resident Evil to launch a new Zombie Mode. So maybe the developers will do something similar with The Walking Dead. With the recent Godzilla partnership, the developers added a Team Deathmatch mode, where teams of four battle it out to get the most number of kills.

You can watch the announcement below. Wang takes the stage at around the 1:05:00 mark.