WhatsApp has rolled out 2.19.80 beta version for Android phones and is now testing Forwarding Info and Frequently Forwarded features. While the Forwarding Info feature will let users know how many times a message has been forwarded, the Frequently Forwarded tag will appear on the top of the text bubble if it has been forwarded more than four times. WABetaInfo says that WhatsApp is working on “these feature in this update in order to ensure the best bug-free experience for you before to enable them for everyone.” 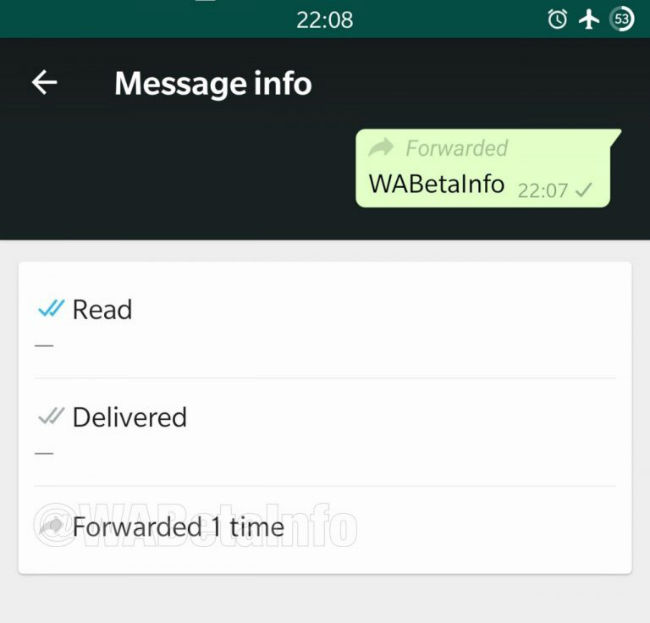 As mentioned above, the feature will let user know about the number of times a particular message has been forwarded but the feature won’t work for every message. The information about the message will only be available for the sent messages, because the user can only navigate into Message Info for messages he/she has sent. “If you are curious to know how many times a received message has been forwarded, you can forward it and check out the count in Message Info,” WABetaInfo said. 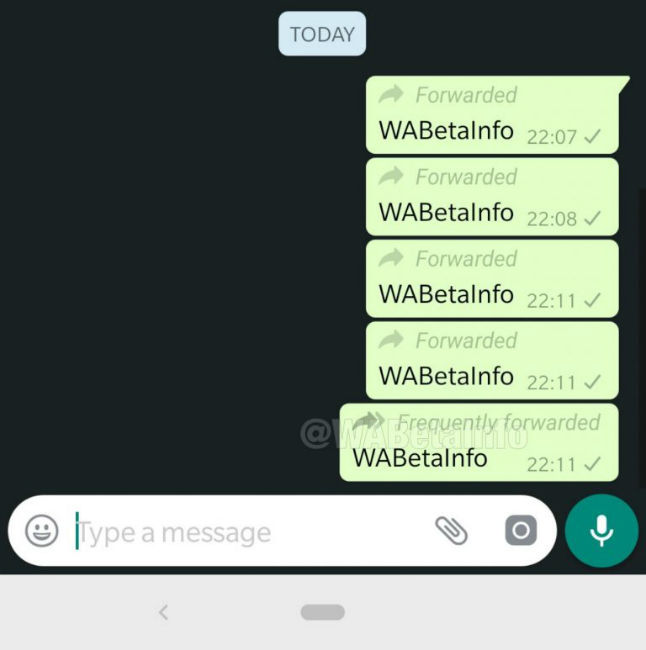 WABetaInfo says that this feature will help the user to understand when a message is very “popular” on WhatsApp. It adds that if it has been forwarded too many times, it might contain incorrect or spam information. The features could come handy in segregating potential fake news or spam, especially when India is has already entered in the pre-election phase. In the past, the messaging platform has been accused to play a part in dissemination of fake news.

In January, WhatsApp announced that it will now restrict forwarding messages to five contacts globally. This was done to curb the spread of fake news on the online messaging platform as well as to “continue help keep WhatsApp focused on private messaging with close contacts.” The company also added that since implementing the restriction initially, the company has listened to feedback over a period of six months and after that decided to roll out the feature globally.