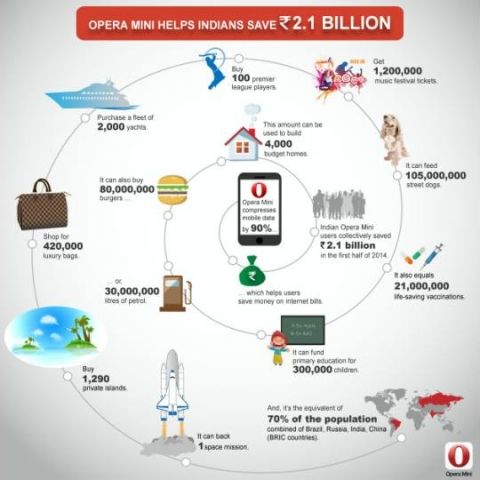 The report is based on aggregated information obtained from the Opera Mini servers.

“We understand how precious mobile data is for Indian consumers, and that’s why our servers work very hard to shrink every bit of data possible for Opera Mini users. It’s indeed gratifying to see that this translates into such gigantic savings for our Indian users. This is, however, only the tip of the iceberg. We are confident Opera Mini can help Indians save billions more”, says Sunil Kamath, Vice President for Southern Asia at Opera Software.