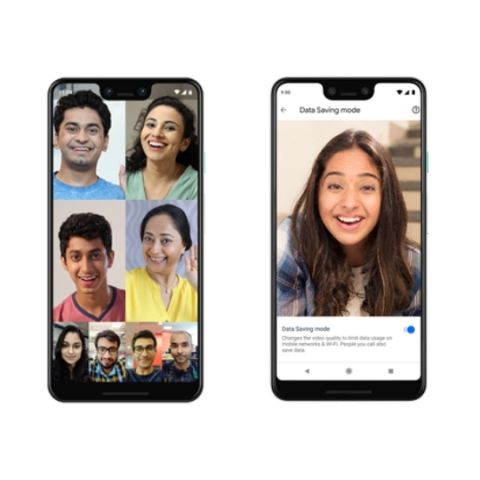 Google Duo users in India can now place group calls with up to eight contacts.

The app has also received a data savings mode option.

Google says once can reduce up to 50 percent data consumption by enabling the option.

Back in January this year, we reported of Google testing group video calling on its Duo app. The company has now announced the new feature, which is being rolled out to all Google Duo app users on Android. iOS users of the app will have to wait for sometime before group calling is made available for them. Along with the new group calling feature, the company is also introducing a data saving mode in Google Duo, which is aimed at reducing the amount of data consumed during a video call. The company says a user could reduce the app’s data usage by up to 50 percent by setting up the option in settings.

Google is rolling the new group calling option in Duo first for India. It will enable users to place a group video call with up to eight contacts. Shweta Vaidya, Product Manager, Google Duo, says, “India is already the largest market for Duo globally, and we’re committed to building for India, helping people have a seamless and delightful experience connecting with their loved ones face to face. As a part of that commitment, we are happy to announce two new features on Duo today: Group Calling and Data Saving Mode.”

While Google Duo has received group calling and data savings options, it was previously reported to soon feature a dark mode as well. While the dark mode is yet to be made available for the app, Google could soon announce it as the company is on a roll when it comes to rolling out (pardon the pun) dark mode for its services. Google Chrome on Android and PC, and Google Camera were recently painted black and the company will bring system-wide dark mode with Android Q.

The new features for Duo come soon after Google announced its web-version. However, one still needs to use a valid phone number to use it. This is dissimilar to Google Hangouts, which requires only an active Google account to work. A new Google Duo user will have to submit a code sent to their mobile phone via SMS to get started on the service. Google Duo for web also gets features like Knock Knock, which enables recipients to see a live video preview of their caller before they answer the call.