Realme is no stranger to launching products beyond smartphones. The company already offers a range of smartphone accessories and has also forayed into the realm of TVs. The newly launched Realme Watch 2 Pro is a continuation of that effort and brings with it a number of features. I have been using the new wearable for a couple of days and here are my first impressions.

Realme hasn’t really been too ambitious when it comes to the design of the Realme Watch 2 Pro. The new wearable looks pretty much exactly the same as its predecessor. But I guess it’s more of a case of “if it ain’t broke…” The wearable still looks pretty good with a shiny metallic case and a single button, which gives off a very minimalistic look. The only issue I have is the large ‘Dare to Leap’ text printed on one of the straps, which looks a little cheesy if you ask me. But hey, some people may not have an issue with that. 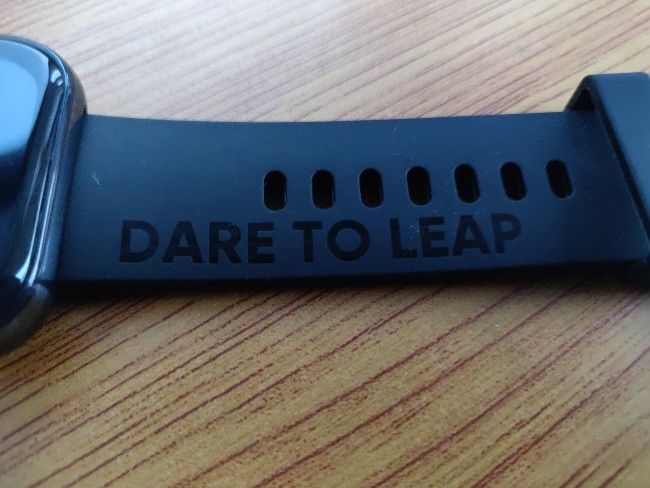 The build of the Realme Watch 2 Pro seems quite solid. The phone boasts of an IP68 rating and while I haven’t had a chance to test that yet, there is very little reason for me to doubt that claim. The band is also quite comfortable and the whole thing feels quite light. The single button on the side is large, which makes it easier to press. 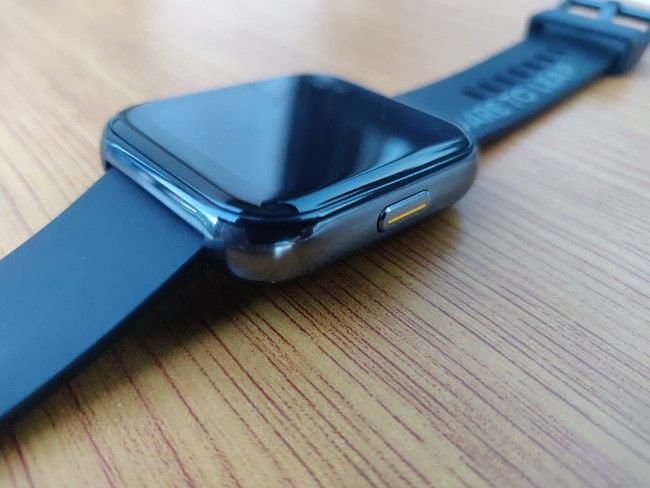 At the back of the device are the optical sensors and the pins to charge the device. Like most manufacturers, Realme has opted for a magnetic charging dock, which is a very good thing in my opinion. Not only does it allow manufacturers to create a sealed design, but it is also quite dignified as compared to clamp-like chargers of old.

The Realme Watch 2 Pro pairs with the Realme Link app. The process for pairing is pretty straightforward. Download the app, pair it with wearable via Bluetooth and you are good to go. Interestingly, I noted that if I closed the app and opened it again, I had to choose the wearable every time before it showed details. This is probably due to the fact that I had paired an older Realme device. But, this still makes it a little confusing. A bit more research will be needed before I understand what’s going on exactly. 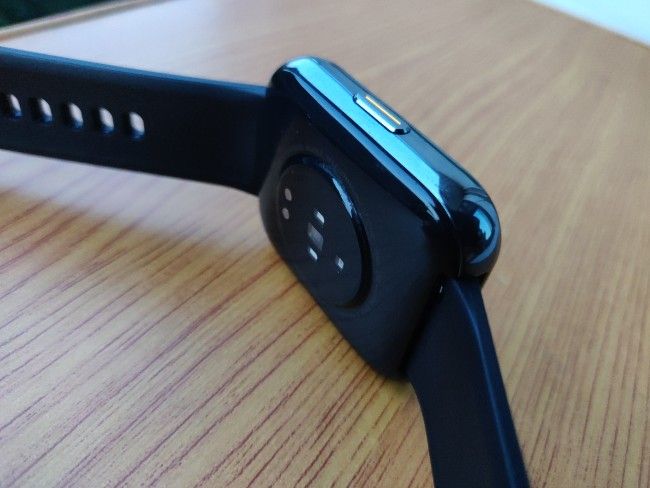 The Realme Watch 2 Pro also comes with a feature that allows users to control other Realme devices. Unfortunately, I have nothing else to test this out with. However, it seems like a neat little feature for those planning to stick to the ecosystem.

The wearable is also able to track upto 90 activities. This includes running, walking, cycling, strength, football and more. It should be noted that the Realme Watch 2 Pro comes with a built-in GPS. As such, users should expect much more accurate tracking of routes. One thing I did note was the sleep tracking on the watch seemed a bit off. While it was close to my waking up time, the time I went to sleep seemed off by a few hours. However, this was only one reading and I will need to gather more data in order to come to a proper conclusion.

As a smartwatch, the wearable offers limited functionality. You won’t be able to answer calls, only silence or dismiss them. Further, while the wearable does offer notifications, there doesn’t seem to be a way to respond to them yet.

The Realme Watch 2 Pro seems like a pretty good option considering its features set and asking price of Rs 4,999. However, there are a few things I will still need to test, namely its prowess as a fitness tracker. So stay tuned for our full review.