A date with the Oculus Rift 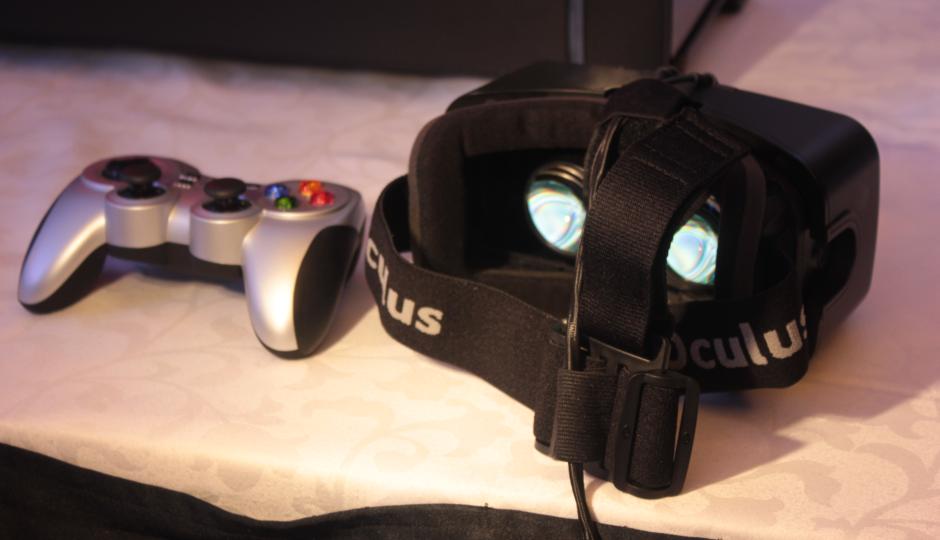 It has been on my wishlist since it became public. The Oculus Rift is a step in virtual reality like no other, and I have been waiting to get my hands on one. This isn't exactly a hands on article like we do for smartphones and other gadgets. The Oculus can't be explained that way. So, I'm just going to go ahead and describe my experience of it.

I tried two game demos -- Crysis and Alien Isolation -- on the Oculus Rift. While the former was a free roam environment with no guns or equipment, the latter allowed me the privilege of a flashlight to find my way and run away from an alien, who is quite literally going to eat me.

Both of the above situations would be highly entertaining with high end gaming equipment. But that's why this is VR. In this you feel as if you're actually in the game. It's a first person view, but much different from FPS games. This actually immerses you. In Crysis, you move around and you can look down to see the leaves and grass displacing as you tread through them. You reach a waterfall, where the rays of the sun are falling on your face and the water is right in front of you. You almost feel like you can touch them. In fact, there were a number of people taking the demo who flapped their arms about to touch something in their vicinity. Yes, it is that immersive.

On Alien Invasion, you have to escape an alien who is going to eat you. You have to run away and guide it to a place where it'll leave you alone. You have to find the alien first though and I embarked on the journey. Treading slowly and reacting to each noise in the game just like I would in real life. Imagine the Witch from Left 4 Dead, only imagine that you're actually in the room with her. The noises, creaks and other sounds give a very realistic impression when using the Rift. 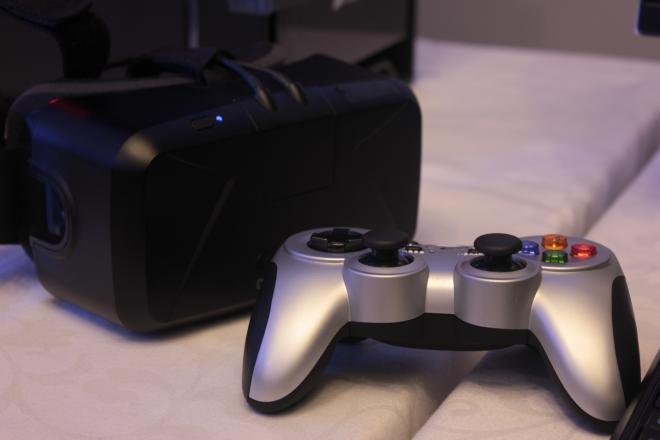 I finally found an alien, walking towards me with devilish intent. I tried running away but it was too fast. A friend here aptly put it, "the faster I ran, the faster the alien got. Finally, I stopped and it jumped on me and did something that seemed like a French kiss before making a feast out of me." I actually leaned back when this happened, just as I would if someone jumped on me in real life. This is what it would feel like if Predator was walking towards you.

It's not all hunky dory though, as I make it sound above. The Rift is still not as perfect as it should be. The first thing I noticed is that I couldn't move continuously using the joystick. I'm used to this, while playing FPS games or indeed anything else. In the Oculus, you feel a bit nauseous. I'm told that the first SDK was even worse in this respect. But this isn't what I would like either. It is no wonder that Mr. Cormack is still working on it. You can't play a game like Alien Invasion yet. Even on Crysis, I can only imagine how it would be with guns and opponents.

I also don't like the fact that I have a gamepad in my hand. John Cormack himself has also acknowledged this earlier. The gamepad eats into the experience and brings you back into the real world so to speak. They're working on it of course and perhaps the consumer model will actually be gamepad free, but who knows.

The Oculus is like no other gaming experience that I've ever had. There was the joystick, the gamepad and more, but the Oculus is a new experience. But what I really liked was that the Oculus Rift demos here were running on an AMD R9285 GPU, which costs merely 20k.

As any gamer would agree, a 20k GPU for state-of-the-art gaming experience is more than worth it. Yes, there were some lags, but I can live with that if the price is right.

It's a work in progress of course, but the Oculus is already way ahead of any other gaming device we know of.

Also read: Five technologies that will get a facelift with Virtual Reality