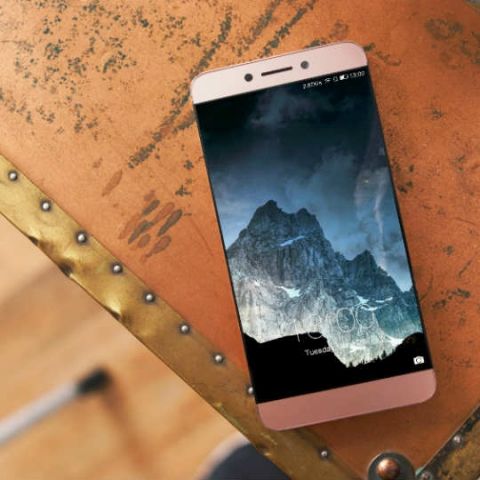 LeEco is not going anywhere, although it is rethinking its business model for India, and the world.

Chinese ecosystem company, LeEco just launched its new Super4 TVs in India, amid rumours of the company exiting the country. LeEco took the market by storm last year, selling products at never-before-seen prices and unparalleled specs. However, it didn’t take long for that adrenaline-fueled spree to end when the company’s founder announced that it has been bleeding cash. Reports say LeEco had marketing budgets of around Rs. 80 crore per year, in India.

Speaking at the launch, the company’s new India COO, Alex Li, explained what LeEco’s future in India will look like. To put rumours to rest, LeEco is not exiting India. Sources say it will operate with a small team in the country, having fired 85 per cent of its staff, recently.

Speaking to a group of journalists, Li explained that LeEco is going to pursue a more sustainable business model going forward. India is now an independent region for the company, separate from APAC, and LeEco will continue to launch products in the country. Li said the new SuperTVs will be followed by phones, estimating a Q2 timeline for them. He said the phones that have just passed the R&D phase are being prepped for sales. The same was confirmed by a source from Le Holdings as well.

Li acknowledged the fact that the Chinese market is slowly saturating. Identifying India as a growing market, Li said the company will look at a more sustainable business model. LeEco has earned a Rs. 1400 crore turnover in 2016, said Li.

Ecosystem and the sustainable business model

While Li didn’t give out many details about the new business model, he did confirm that the company’s ecosystem push will continue, albeit in a new avataar. LeEco calls this an open ecosystem model where instead of focusing on developing its own content, the company will look at more third party tie-ups, and focus on operations only. Upon entry into India last year, LeEco had said it would look at developing original content for the country as well. This is no longer part of its plan.

Accepting that there were “challenges” in the past, Li said that its tie-up with Eros Now will continue. Eros Now was the primary content provider for LeEco’s LeVidi app, was part of its ecosystem subscription and has been down since December, 2016. He said content from Eros Now will be back soon. Li is meeting executives from Eros Now on Monday, to work out the details. He did not provide a timeline on when exactly the services will return.

Further, LeEco has shortlisted over 50 third party content developers, with whom it plans to form partnerships. Li said he’s meeting three of these possible partners, in Mumbai tomorrow. He assured consumers that promises made on the ecosystem subscriptions will be delivered to them.

That said, you may not see the LeVidi and LeLive apps on LeEco’s phones in future. While Li didn’t explicitly say these apps will be removed, as part of the open ecosystem model, LeEco is exploring pre-load options, where apps from its partners will be pre-loaded onto its devices, presumably with subscription services being bundled. Li said the company would explore a revenue sharing type model, where partners can earn directly from subscriptions.

LeEco’s e-commerce website, LeMall.com is also part of its new open ecosystem initiative. Li said the website is an integral part of its strategy and has its own R&D and other teams. LeEco will focus on boosting revenues from Le Mall this year, by selling more products on it. Li confirmed that while its TVs and phones are sold on it anyway, a wide range of accessories will be added. LeMall will also be a vehicle for service packs and content sales for LeEco this year.

LeMall may also have products from other vendors, although Li said it would majorly be for LeEco’s own products, and those from its partners.

Well, possibly. While LeEco’s new televisions are competitively priced, on being asked whether the company will continue selling products at below BOM (Bill of Materials) cost, Li refused to comment.

Despite a turnover of Rs. 1400 crore, LeEco’s business in India is not yet profitable. Li said while it will take time to make profits, 2017 should be all it takes for LeEco to start doing so. Li plans to launch new products every quarter (but noted that final results may differ), and will target mid to premium range buyers.

LeEco aims to gain double-digit market shares in the Smart TVs market in India by the end of FY2017-18. The company says approximately 11.2 million televisions are sold in India every year, one million of which are smart TVs. Li said the TV market in India has a growth rate of 45% year-on-year. He also said LeEco’s TVs have been selling at a faster rate than phones, although the company hasn’t sold the same number of TVs as phones. Given that its TVs have been selling in India for a shorter time, Li said he expects them to catch up soon.

Lastly, Li confirmed that there will be no exclusive stores from LeEco in 2017. While the company does want to explore offline channels, Li said it would work with experienced offline retailers only. Plans for its own exclusive retail stores have been put on the backburner right now.

About online channels, Li said LeEco is very open to working with its partners, including Amazon.

What happened to the LeSee electric car?