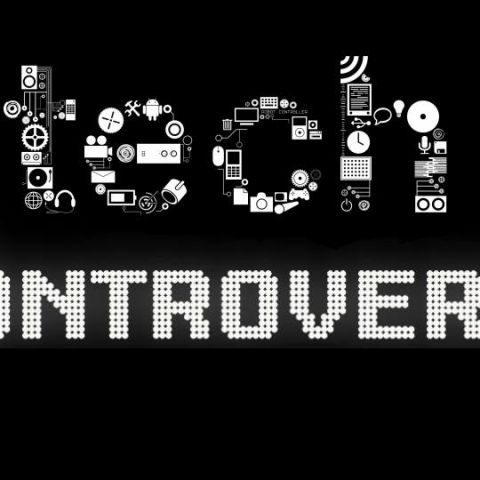 What caused dispute and who earned the wrath of critics? Here are the most controversial tech stories of 2016.

At the end of each year, we at Digit take stock of the bygone 365 days in technology. Now, we are just a few days shy of calling it a new year and from some of the biggest stories, to the smartest gadgets, we have already recounted many glorious moments of 2016. But, not everything was hunky dory in the industry, riling up public opinion and putting the lense on some of the biggest names in tech. What caused dispute and who earned the wrath of critics? Here are 2016’s biggest controversies in tech.

Facebook, everyone’s friendly neighborhood social media network, was accused of feeding biased information through newsfeeds and trending topics on the platform. The controversy erupted when a group of journalists from Tech blog, Gizmodo, alleged that the social network told them to suppress news related to conservative parties. This led to an eventual US Senate inquiry where Facebook was found using certain websites for feeding its news algorithms. Facebook eventually amended its algorithms and acknowledged possible “isolated improper actions or unintentional bias”.

No tech tale of 2016 will be told without a mention of the Samsung Galaxy Note 7 bust, or shall we say burst! Till date, there is no conclusive explanation as to why the Galaxy Note 7 batteries were exploding worldwide. Leading all the way up to a class action lawsuit, bricks of moolah from Samsung’s pocket, and hundreds of disgruntled (or in many cases physically hurt) customers, the Galaxy Note 7 fiasco definitely earned a seat at the table with the most controversial tech stories of 2016. The company eventually recalled the device, which is currently in its last few remains.

Apple and FBI locked horns over privacy and security of iOS devices and sparked one of the biggest tech debates in 2016. The issue arose when FBI asked Apple to give it a peek into an iPhone that belonged to a terrorist involved in the San Bernardino case. Tim Cook took a firm stand for encryption and data security, warning of an eventual hole in user privacy for time to come. The FBI eventually hacked into the controversial iPhone 5C on its own accord and without Apple’s assistance. Did Apple win the battle and lose the war?

No, not from the company, but from the microblogging platform itself. In a hilarious “internal error” Twitter deleted the account of its own CEO, Jack Dorsey, thereby also deleting his 3.9 million followers. The matter resulted in public outrage over accidental account deletions by Twitter, and it became the subject of a very sensational debate. Dosey’s account was later reinstated and his followers restored. Twitter may have managed to shove this controversy under the rug, but the company is now struggling to find buyers for its business. It is well known that Twitter is up for sale, but the the company has been tight-lipped about it. However, with potential buyers Disney and Salesforce backing out of the bids, it seems like Twitter’s declining popularity and low profits are to blame.

Technology stalwart Samsung was accused of withholding information from its South Korean factory employees, about the hazardous effects of chemicals used in their chip and display manufacturing facilities. This information came to light with a supporting investigation conducted by the Associated Press. Workers in Samsung’s South Korean factories reported numerous health problems due to chemicals used during various processes of manufacturing chipsets and displays and some even suffered loss of life. Turns out, Samsung had asked authorities not to disclose information on the chemicals used in its factories, stating “trade secrets” as a reason. Whatever happened to that investigation?

The end of BlackBerry smartphones

The underwhelming reception of the BlackBerry Priv was the last straw for BlackBerry, which announced that it will not be making smartphones anymore. Does this mean BlackBerry phones are dying? Well, not really. While the company may have said it will not make smartphones anymore, it also announced that third parties may manufacture BlackBerry branded phones, while the company concentrates on the software side of things. True to their word, the recently launched BlackBerry DTEK50 and DTEK60, are manufactured by TCL, and have so far failed to make an impression, one that BlackBerry phones used to command back in the day.

When Microsoft decided to skip 9 and go to Windows 10, it was a controversy of its own. This year, the Redmond-based software company caused widespread dissention with its forced Windows 10 upgrades. With upgrade notifications the size of an entire desktop screen, Microsoft faced the wrath of its customers, who didn’t appreciate this overwhelming push to switch over to the latest OS. The company even force-installed the update on a woman’s PC, resulting in a lawsuit and an eventual $10,000 settlement. The company mended matters by making it easier to decline Windows 10 updates and that was the end of this controversy.

Google was, and continues to be, in a long drawn battle with the European Union and its antitrust charges. EU had previously accused the search giant of unfairly promoting its shopping services, and intentionally blocking out rival online search ad services. Now, 6 years from the time it was accused, Google has finally responded to the allegations, formally denying any wrongdoing. Meanwhile, the EU has been building its case with more evidence. In a recent blogpost, Google’s General Counsel wrote, "We never compromised the quality or relevance of the information we displayed. On the contrary, we improved it. That isn't 'favoring' - that's listening to our customers." It will be interesting to see how this plays out in 2017.

It’s what you made, when you booked the Rs. 251 ($3.7) smartphone, Freedom 251. No one could fathom how cheap this phone was, and that it was made by an Indian company, was all the more scintillating. So much so, that the price of the smartphone seemed too good to be true and resulted in an investigation from the Indian Department of Electronics & Information Technology. Somehow, Ringing Bells, the company behind the phone, managed to scrape through the controversy and even announced a second product, the Freedom TV. A fresh rumour of the company shutting shop also surfaced recently, but for now, Ringing Bells has denied any such plans.

This year, Reliance Jio, the firebrand telecom entrant in India announced free unlimited voice calls for life along with free 1GB data per day. The deal crazy Indian lined up outside Jio stores, resorting to bribing and blackmailing, just to get that coveted SIM card. Giving incumbent telecom operators such as Airtel, Idea, Vodafone a run for their money, Jio fought a long drawn battle for fair competition, a war on mobile number portability and then some. Now, a few million call drops later, Jio continues its journey to the top thanks to a regulatory nod for its free-calling services and an extended free data offer. Will it be a Happy New Year for Jio? Let’s wait and watch.

Lastly, 2016 proved to be a dark spot for cyber security. The year saw multiple large-scale hacks come to light. Q2 2016 saw a whopping 129% year-on-year increase in DDoS attacks and two of the biggest DDoS attacks in history happened this year, threatening the very foundation of the internet. Internet security and the security of Internet of Things devices is one of the biggest debates of 2016 and it surely doesn’t show any signs of resolution just yet. Considering the way such attacks are frequenting, 2017 could see an all time high insecurity breaches.

Apple Store Online goes live in India: Everything you need to know