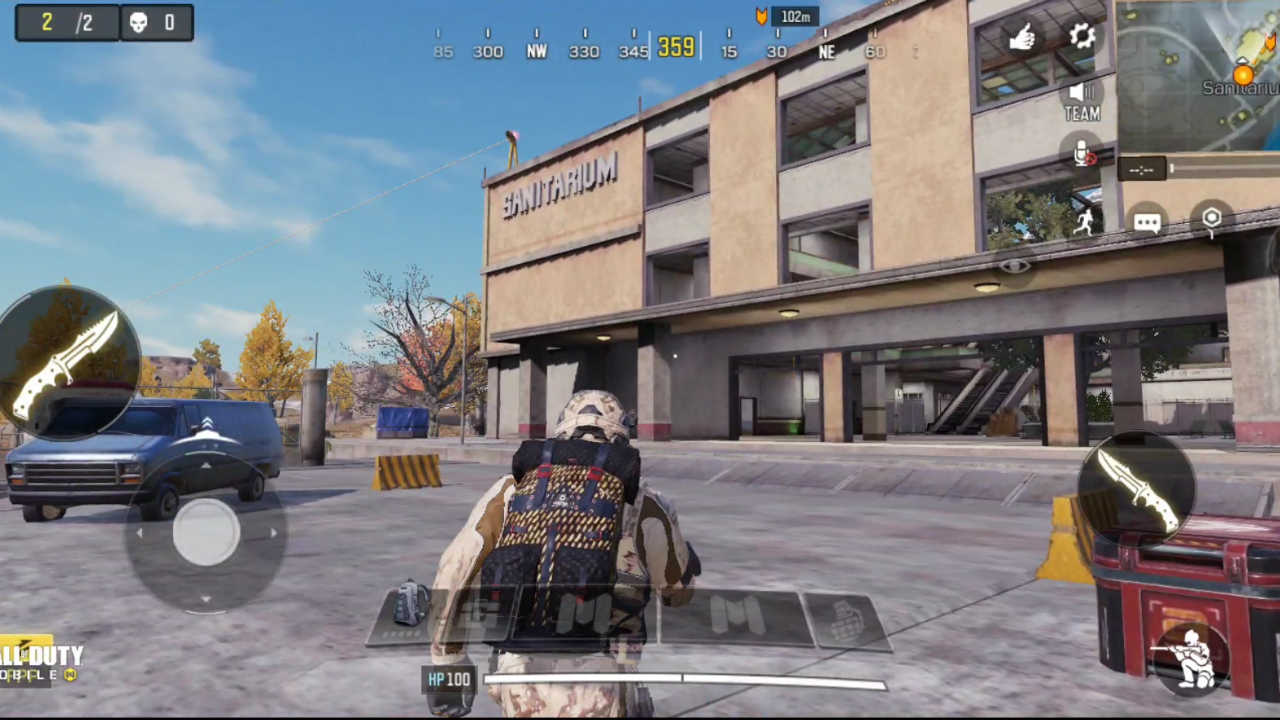 Activision has added a bunch of new locations in Call of Duty: Mobile's Season 7 Radioactive Agent update. Some of the locations come with secrets

Call of Duty: Moble has released its latest Season 7 update called Radioactive Agent. The update offers a greater focus on the game’s battle royale mode with the sole Isolated map being expanded towards the North and North-East. These locations add more gameplay options for players with the addition of vending machines that can dispense weapons, ammo or even vehicles.

However, the new locations also hide a bunch of secrets. One is pretty simple and can be done by pretty much anyone. The second puts you on a wild goose chase to reward you with loot. While the third seems to only be accessible through a glitch but can reveal the location of almost every other player in the map. Let’s take a look at all three of these.

Downtown: The dancefloor is open

This secret is pretty straightforward and simple. So simple in fact that I am hesitant to even call it a secret. It is slightly tucked away, so it merits a mention.  So you land in Downtown and head straight to the largest building in the area. At the bottom floor is a dancefloor with a DJ turntable on a small stage. Head over to the console and you’ll have a choice of three songs to play.

So the Sanatarium area is pretty much this huge building. On the top floor is a locked room with a message on the wall that literally spells out what you need to do. You’ll have to destroy eight teddy bears that are scattered across the Sanatarium to unlock this room. Once you do, you’ll get access to a bunch of high-level loot items.

This one is probably the hardest secret to uncover as it requires you to glitch the game in order to access the area. In order to do this, you have to drop in the Black Market and go right next to the vehicle vending machines. There towards the back, you’ll see a set of stairs going down with the sign ‘One Way’. A little way ahead from the top of the stairs is a locked door. The entrance to the Secret Bunker is through this locked door.

In order to get inside this, you’ll first have to spawn an ORV through the vending machine and you’ll have to position the vehicle in such a way that the front left tire of the vehicle just touches the right corner of the door frame. Then, you spawn an ATV from the vending machine and crash into the ORM in such a way that you push the ORV slightly towards the door, while also blocking the front passenger exit of the ORV with the ATV. Once done, push your way to the drive side of the ORM, get in the vehicle, and then get out. If done correctly, you will be pushed inside the bunker when you exit the vehicle.

The Secret Bunker features a bunch of weapon drops, as well as a huge map that shows players the location of other players, vehicles and more. However, in order to leave, you need to head over to the same locked door, and continue running towards it back locking in the run button. Then quickly disconnect and reconnect your phone’s connection to the internet. This will let you glitch back out. Otherwise, you’ll be stuck inside the secret bunker.

Call of Duty: Mobile’s Season 7 update also brought in a bunch of other features. You can check all of the new features right here.