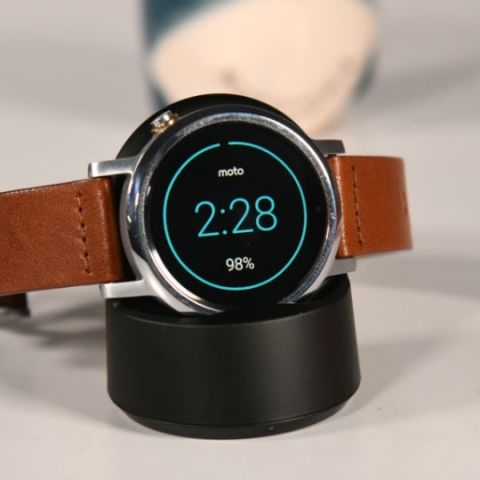 The utility of a smartwatch has a lot of potential to grow. The Moto 360 second gen brings with it a 24-hours battery life, which is acceptable and is a good device for the early adopters. It has improved a lot over its predecessor and it now has an attractive design too.

That simple elegant timepiece that your horologist will recommend is still the best one to use for two simple reasons. Firstly, it will show you the correct time and secondly, you won't need to charge it every day. Today, we live in the era where we not only have to charge the devices in our pockets but the ones on our wrists as well. Now in its second generation, we have the Moto 360. The first generation 360 was a good offering, even though it had some pretty prominent shortcomings. In its second generation, has Motorola’s smart timepiece upgraded enough to warrant your attention? 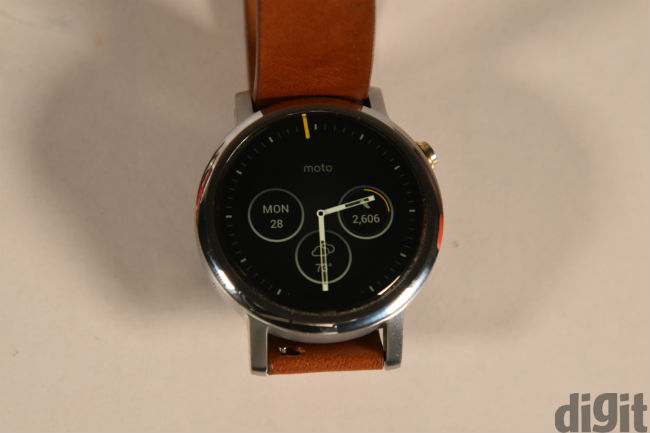 First up, the smartphone has been redesigned even if it still has the same form factor as its predecessor. The first generation Moto 360 isn’t a smartwatch you’d wear with formals and some of the entry-level offerings from Pebble are downright childish. Having realised this, Motorola has redesigned the 360 second gen and I really like it. Sure, the repositioning of the single button on the device from the 3-O-Clock position to the 2-O-Clock position isn’t revolutionary, but it’s a welcome change.

The overall design of the smartwatch is a lot more intuitive this time around. The review unit we received was a silver watch with a brown leather strap – perfect for everyday wear. The straps are easily changeable and the watch itself is IP67 dust and water resistant, which means you don’t need to worry about a little water splashing on the device but you can't go swimming with it.

Wear the watch on your hand and you still have the black bar on the bottom that is commonly called the 'flat tire'. A lot of people that have seen the watch with us said that this acts as a hindrance to the overall design of the smartwatch and to some extent we agree. But then again, it is something you can get over as soon as you put on the device. The Moto 360 second gen is relatively light and very comfortable to wear. 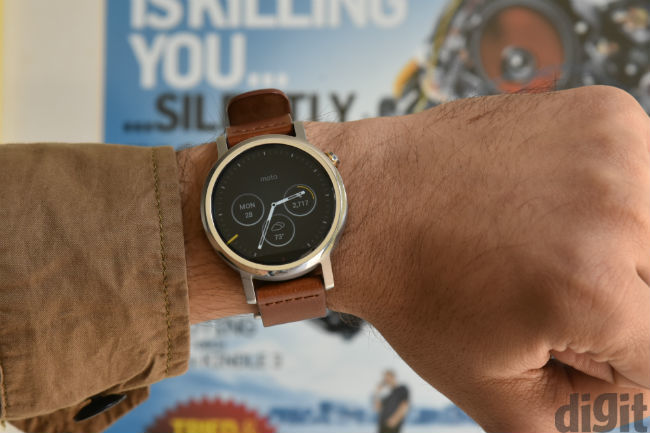 The Moto 360 second gen is available in the following variants:

Overall, the design of the second gen Moto 360 is a welcome change when you compare it to the first gen Moto 360 and is quite attractive when compared to the Apple Watch, LG Watch Urbane and the Pebble steel. 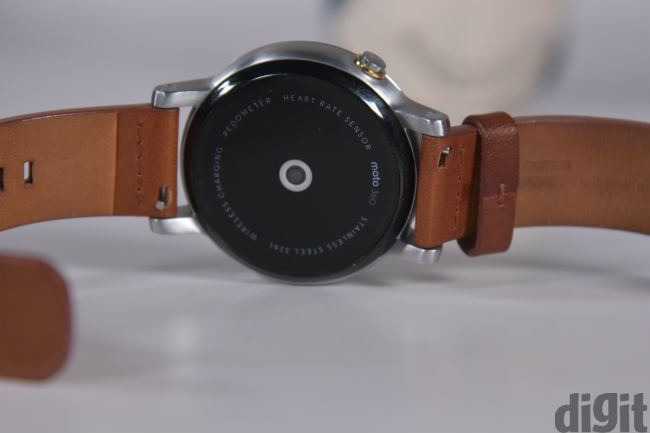 Coming to the features, you have the standard lieu of apps and watch faces that we’ve seen on the Google Play Store. Setting up the smartwatch is pretty simple. You need to download Android Wear on your smartphone and the rest of it is as simple as hitting sync. Once the device is synced to your smartphone you are all set to use your glorified notification machine.

Yes, that’s what the smartwatch is more than anything else. Initially I though this wasn’t a great thing and that is because I was used to carrying a compact 5-inch smartphone, that was easy to use with one hand. Lately, I’ve been using smartphones that are not smaller than 5.5-inches and some of these behemoths are very inconvenient to use. Low and behold the smartwatch to the rescue. In its current state, Android Wear is great at recognizing the Indian accent, Google Now works well and setting alarms, reminders and replying to messages was a breeze without even touching my smartphone. This is of course in situations where I am alone. You may not want to reply to a personal text while using your smartwatch in public. On my daily drive to work, it was easy to say “OK Google” reply to a text that I read off the smartwatch and unless some major auto correct mistake happened (it happened just once during my time with the watch) it worked seamlessly.

Coming to the display of the Moto 360 second gen, it is clear and bright even under direct sunlight. You have the option to keep the display always on which is a nice touch and the silhouette of the watch face that is there in the always-on mode is nice. The number of watch faces available at your display both natively from the watch and from the Play Store are more than enough to keep you happy for a really long time. 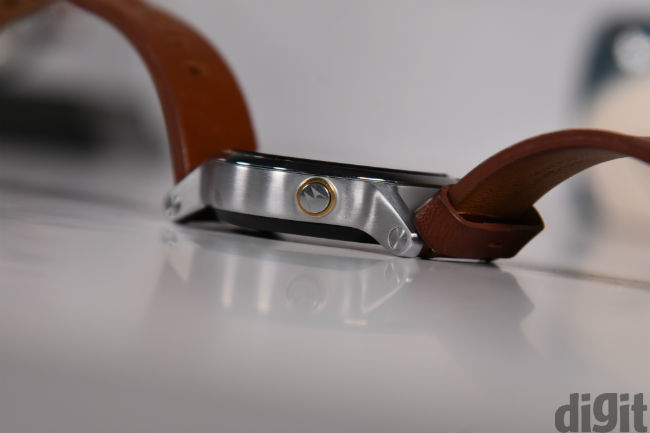 The apps library for Android Wear support is growing and it’s nice to see a lot of popular apps show support for Android Wear. It’s also pretty cool to use the watch to set alarms, a timer, use the display as a torch when the lights go out, and so much more. There are fitness apps for the sports fanatics, although I don’t think smartwatches are accurate when they count steps but hey, for a rough estimate of your sleep, heart rate and more, they get the job done.

Coming to the battery life, it is better than what it was, even though it has a long way to go to match the likes of the Pebble Steel. You can get about 24 hours of above average use and about 35 hours if you use it conservatively. All this is achieved keeping the brightness booster and WiFi off when possible and always on screen off as well. Use these setting and the battery life will suffer by a few hours. A neat trick is that you can put the smartwatch in theatre mode if you know you aren’t going to use it for a while or you don’t want it to show you every notification you receive. This really helps save and prolong the battery life.

The charger is the same that we have seen on the first generation Moto 360 and we are OK with the “if it aint broke don’t fix it” formula here. The Moto 360 stands tall with the LG Watch Urbane when it comes to the aesthetics, looks and design. The utility and the number of things you can do on a smartwatch is growing too, but isn’t where it should be. At CES 2015, smartwatch makers including LG and Samsung showcased the ability to call ones car from the garage to the driveway from the comfort of the smartwatch. This was a part of the Internet of things showcase, where all your devices are connected to one another. But that’s a discussion for another day. In the near future, when the idea of “internet of things” kicks off and we can use a smartwatch to turn off the lights and turn on the washing machine, is the day we will truly recommend one. If a price tag of 20K is something you can afford for a smartwatch, then the Moto 360 second gen definitely deserves your attention.