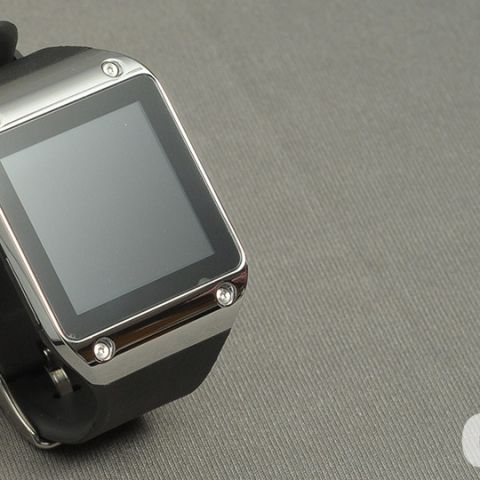 The MI-W2 seems to be a good affordable alternative to the other high-end smartwatches in the market, living up to the basic requirements. Looking at the price tag and the features provided, this device is a decent good option if you want to jump on to the smartwatch bandwagon for cheap.

The market is flooded by smartwatches and everybody is building one. Looking at the utility of the current devices and their prices, it might not make much sense in owning a smartwatch. But if you’re an enthusiast you probably are itching to get one anyway. In which case buying one won’t really hurt. The smartwatch we'll be looking at here is from a Hong Kong based MIMI, and is called the MI-W2. It might just be the budget smartwatch you were looking for. Let’s have a look at what this device offers. 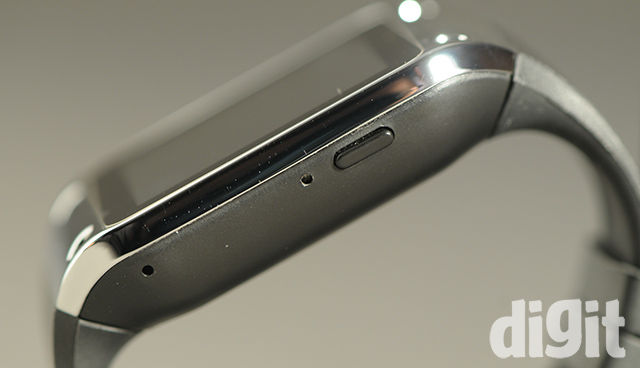 Specifications and what's in the box
The MI-W2 comes with a USB cable, user manual and two protection films in the box. It has a rectangular design with a 1.54 inch TFT touchscreen display of 240x240 resolution. The device packs a Mediatek MTK6520 processor and a 360mAh battery that lasted not more than 2 days with minimal usage throughout the day. The smartwatch strangely has no internal storage or any support for external storage. There are other smartwatches that sport the same processor chip but do support external storage through micro-SD card of up to 8GB and also supports a full-size SIM slot. It connects to your Android smartphone using Bluetooth 3.0 and currently doesn’t support iOS devices. You can charge the device through a micro-USB slot. The MI-W2 has a mic and a deceptively loud speaker and also claims to contain a pedometer. It doesn’t look big on your wrist with dimensions of 9.3 x 1.5 x 0.4 inches and is quite light weighing in at only 57g. The device is water resistance, only resisting water spills and the sweat on your wrist. 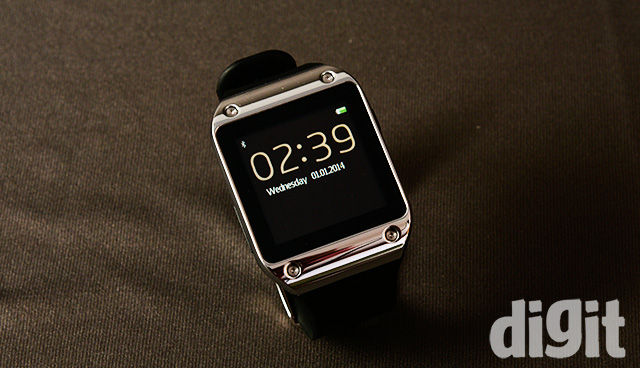 Build and Design
The build quality of the MI-W2 is quite sturdy and the TPU band does give a premium feel to your wrist. The watch face has a sleek metal casing while the back cover is made of an alloy material which has a matte finish. The smartwatch doesn’t feel cheap when you hold it or wear it on your wrist.

The design of the MI-W2 is eerily similar to Samsung’s Galaxy Gear smartwatch and one is bound to notice the exact replica of the metal casing. The watch does look good and all but the minimalistic UI of the watch is very dull and boring. It has an analog and digital watch face, which also shows the weather. 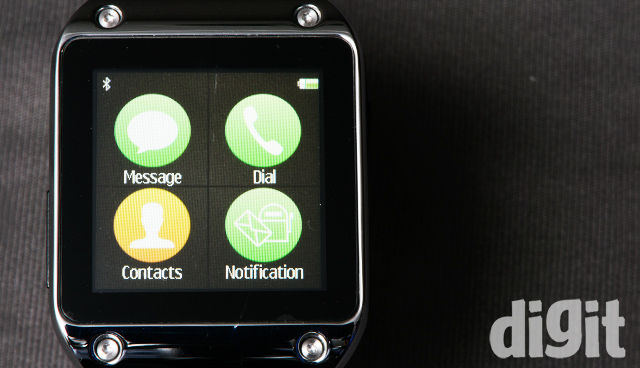 Features and Performance
The MI-W2 has many useful features, and we found some of them not working as intended. The watch has an Android app but you have to download its APK from their website since it isn’t present in the Play Store. When you connect your smartphone to the watch, you will be able to make and receive calls right from the smartwatch. There is an option to pick up calls using a shake gesture, but it was quite buggy since we had to shake the device several times to receive the call. Having no accelerator sensor mentioned in its specifications, it made us wonder how could the watch detect the shake gesture. You can sync your contacts to the watch from the smartphone app and make calls right from the device. You can also dial numbers from the device. It also stores your incoming messages that you receive on your phone and lets you compose messages too. But typing on the smartwatch is a real challenge. You can view the notifications on your phone in the device when connected, for apps that send out text-only notifications. The company has mentioned in their website that they are working on bringing Facebook and Twitter notifications on the watch. 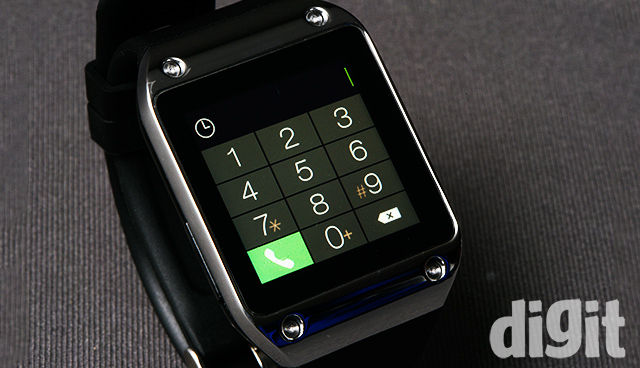 The smartwatch gives you remote control over your music player, letting you play/pause and choose the next and previous song. The music is played using the default music player on your phone. It has a simple calculator too.  You can also use the smartwatch as a secondary screen for your smartphone camera, and click pictures right from the device. The camera app on the smartwatch crops out the image while showing the camera screen but clicks the full resolution of your phone’s camera. The clock contains an alarm, stopwatch and a countdown timer. The anti-theft solutions on the device work very well. If you wander away more than seven metres from your phone, the device starts buzzing. Though the distance wasn’t accurate, it would warn us when we were considerably away from the phone. Also the device can find your phone, which needs the app to be installed on your phone. Once triggered from your smartwatch, the app plays a tone on your phone. The pedometer on the smartwatch isn’t much accurate, but gave a close number of steps after we tested it out by walking around endlessly in our labs.

Product sourced from Gearbest. To get the product for $49.99 use the following coupon code: GBW2SCN.