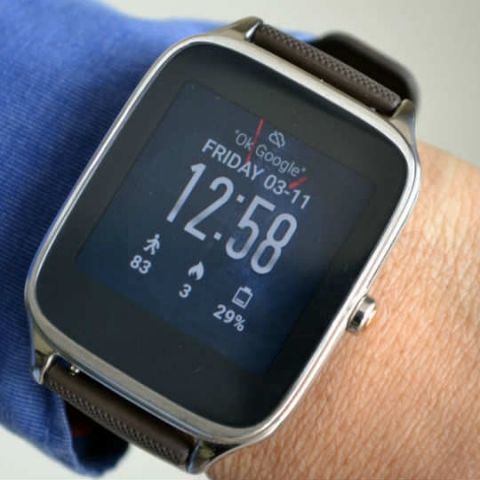 At Rs. 11,999, the Asus Zenwatch 2 is easily the most value-for-money smartwatch to buy today. While smartwatches in general have a long way to go before it'll really be useful, if your heart's set on buying a smartwatch, the Zenwatch 2 is definitely worth a shot.

They say, if it ain’t broke, don’t fix it. That’s exactly what Asus seems to be doing with the Asus Zenwatch 2. In its second generation, the Taiwanese company has added finishing touches to a product that was already good. In doing so, it has made a better product, but one that doesn’t address most of the problems existing in smartwatches today. What works in Asus’ favour, however, is the fact that it has been able to keep the price in check, while adding some features worth appreciating. The Asus Zenwatch 2 may be the most value for money smartwatch to buy right now, at least for the enthusiasts.

The Asus Zenwatch 2 sports a square-ish dial, similar to the Apple Watch, but with much thicker bezels than that device. These bezels and the plastic back cover are my only issues with the Zenwatch’s design. Of course, looks are subjective to the user, but there’s no denying that the metal on the Zenwatch feels premium enough for a smartwatch that costs Rs. 11,999. If you thought the Moto 360 (2nd Gen) looked premium, then the Asus Zenwatch is right up there. 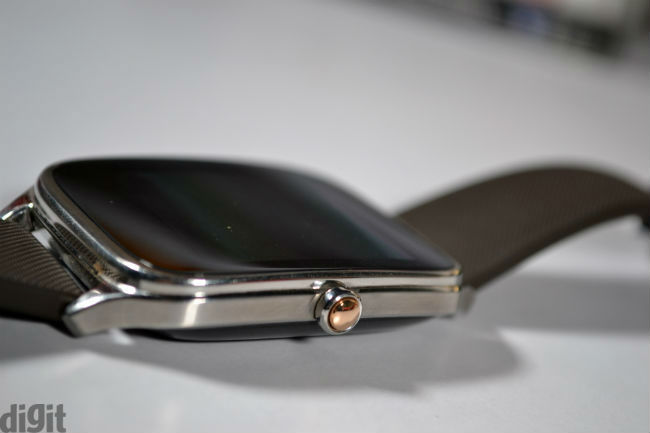 It weighs 60 grams, which makes it light enough to wear throughout the day. In comparison, the Apple Watch weighs 50 grams, while the Samsung Gear S2 is slightly lighter at 47 grams. If you’ve used any of these smartwatches in the past, then the Zenwatch’s weight shouldn’t be an issue. It’s nowhere as heavy as the Titan Juxt.

Overall, if you’re looking for an inexpensive but premiumly-designed smartwatch, then the Asus Zenwatch 2 should do the trick. The device is also IP67 certified, which means that water splashes is not a problem. However, I’d still advise keeping the leather straps away from the water. 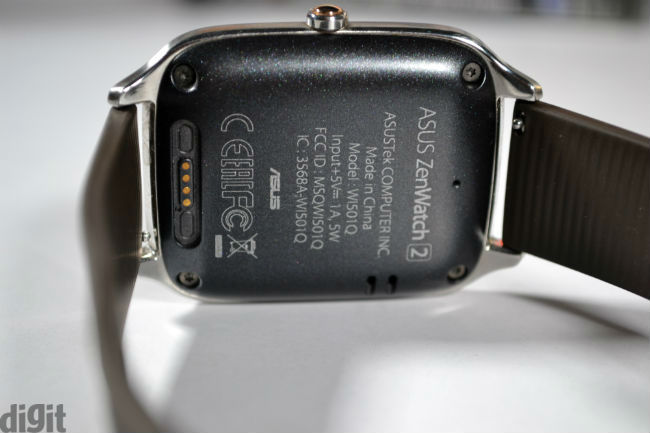 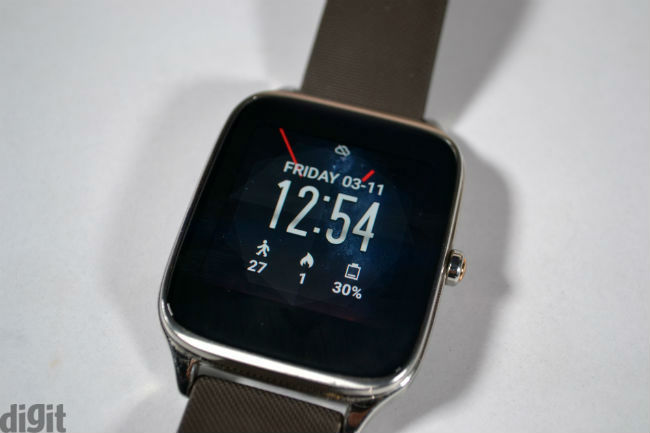 While the thick bezels may not seem like much of an issue with the Zenwatch, you really realise its effect when you turn the display on. With slimmer bezels, this watch would have looked better and the watch faces would have emulated analog watches more closely. The pixel density is good enough, though it is not as high as the Samsung Gear S2. Each time I turned the display on, I couldn’t help but notice the thick bezels conflicting with the appearance.

The strap on the Asus Zenwatch 2 is held on using an interlock, which allows you to easily change bands when you want to. In addition, one of its biggest strengths is in the fact that most of the watch faces can be customised. You can add battery levels, step counters and more to the watch face, and Asus' Zenwatch Manager app allows you to add all these customisations and retrieve data from the watch. You can also use the Peek mode to get notifications at a glance when the Ambient Display feature is turned on. 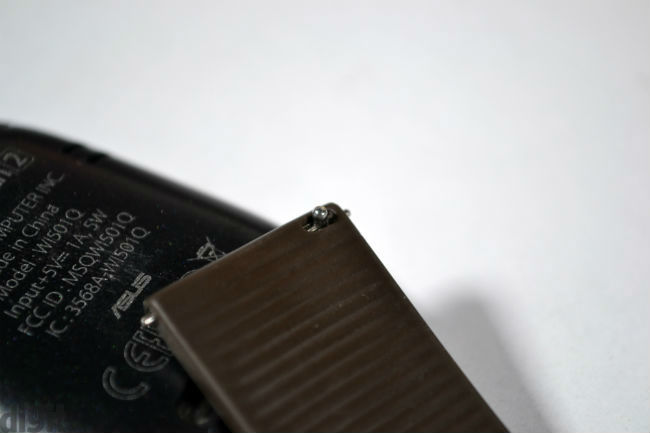 On the performance front, the Snapdragon 400 SoC on the Asus Zenwatch 2 is quite responsive, but the problem with Android Wear remains in the fact that it isn’t intuitive enough. Using touch and voice to navigate around a watch feels cumbersome at times, and in the two weeks that I’ve spent with the watch, I haven’t actually wanted to reply to messages from the watch even once. Asus has done well to add the hardware button on the side, which turns the display on and off, but it may have made the watch too dependent on it.

My biggest quibble with the Zenwatch 2 was the fact that the display wouldn’t come on when I flicked my wrist. It’s not a problem with the gesture recognition technology, since wrist gestures on the Zenwatch 2 that allow you to scroll through notifications work fine. That said, the wrist gestures need you to flick your wrist away and towards yourself in one fast motion, which feels weird when you have to do them while you’re outside.

The Zenwatch 2 also lacks a heart rate sensor, which is a big difference between this watch and its competitors. In addition, it depends on a pedometer for step tracking and formulates the count of burnt calories based on that, which means that if you're looking for a fitness-oriented device, this isn't really ideal. There is also a motion sensor that helps a bit and adds sleep tracking features, but the two together don't make this the best smartwatch for fitness enthusiasts.

Perhaps the strongest aspect of the Zenwatch 2 is its battery life. At reasonable brightness and with ambient display turned off, the Zenwatch 2 lasts for a full 48 hours on full charge. It’s not ideal battery life, but more than what smartwatches like the Moto 360, Samsung Gear S2, LG Watch Urbane and Apple Watch can offer. The unit I reviewed has a 400mAh battery, so the battery life may be shorter on the WI502Q variant, which has a 300mAh battery.

If your heart is set on buying a smartwatch, then the Asus Zenwatch 2 is easily the most value-for-money smartwatch in the market right now. It gives performance similar to any other Android Wear smartwatch, and combined with good looks and battery life, beats the competition, it makes for a very good deal, and at Rs. 11,999, it is also the cheapest amongst the mainstream smartwatches from global brands at the moment. There's still a long way to go for smartwatches in general, but the Zenwatch 2 ranks amongst the best right now.

SUUNTO 7 Black Smartwatch Review: A true smartwatch experience for those who love the outdoors