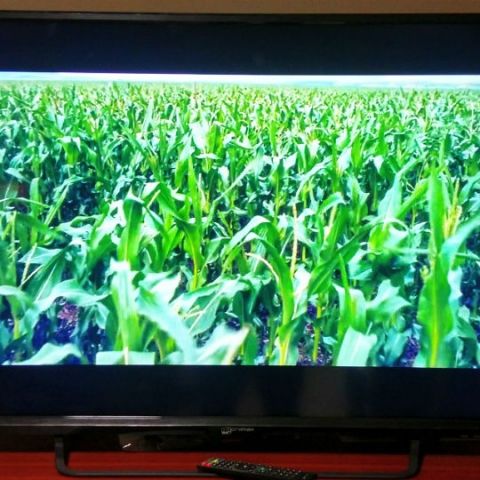 The Micromax Grande LED is meant for those looking to buy a big screen full HD television, but under a budget. It's good for gamers who need to watch their budget or if you download or stream most of your content. You do make quite a few compromises, but they're all justified by the pricing.

Recently, a friend asked me about what TV he should buy for his Xbox One. His parameters were simple, it should be inexpensive, with enough ports and good picture quality. My first thoughts went to the likes of LG, Sony, Panasonic and Samsung, but none of these fit his price range. Then I remembered, this Micromax TV I was reviewing was perfect for him. It’s a 50 inch FHD LED TV, which costs a mere Rs. 34,000 on Flipkart. Well, that wasn’t in his budget either, but that’s exactly what Micromax’s Grande LED TVs are good for.

In the past year or two, the company has put in a lot of hard work into changing its image, but most of its efforts have been confined to the smartphone segment. Yet, we cringe at the thought of buying a Micromax product. Looking at the Grande LED TV here though, it wouldn’t be a stretch to see that thought process changing soon.

Don’t get me wrong, corners have been cut and it’s in no way better than the Sony and LG TVs that cost a bomb, but there’s just no denying the value here. Let me explain. 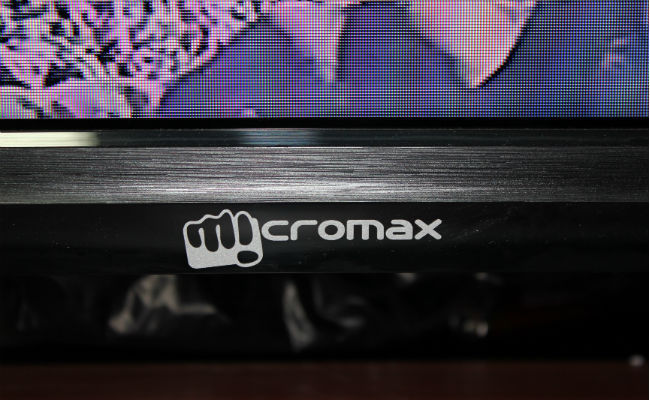 The first thing you’ll notice is the plastic frame around the panel. The Grande LED doesn’t have a grand build, but one that suits its price range. In comparison, you’ll get better from the likes of Samsung and some others, but none of them will match the 50 inch FHD under 40K criteria 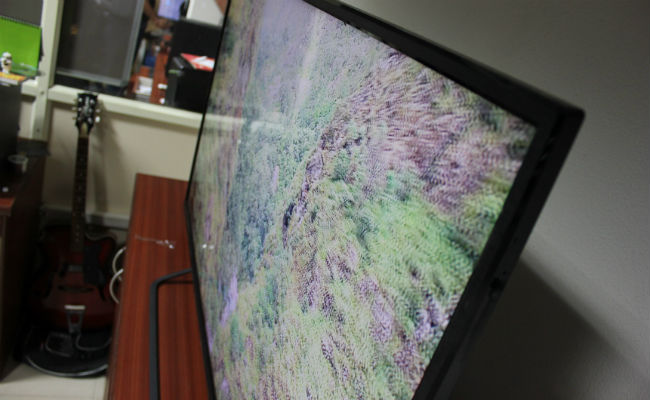 If this were a smartphone, we would have been describing this as a ‘decently built device considering the price’. The Grande LED may have a cheap build, but that's apparent only when you touch the TV or view it from up close. The overall sleek build along with slim bezels ensures that the TV fits your entertainment center easily, without being an eyesore.

An annoying aspect of the Grande LED is that all the HDMI ports are on the back, facing downwards, which make them nearly impossible to reach. I had to move the TV around every time I wanted to connect the HDMI cable for the Xbox or something else. Also, one of the USB slots lies at this same position as well, which is further irritating. 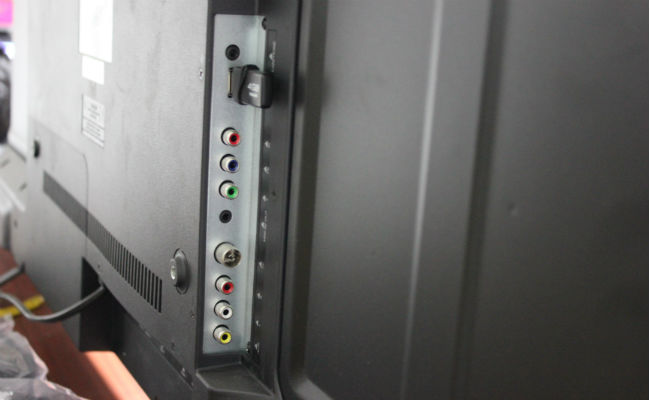 There are a bunch of ports, including one USB, on the back, facing the side, but that’s about it. It’s a strange choice and a particularly unpleasant one. 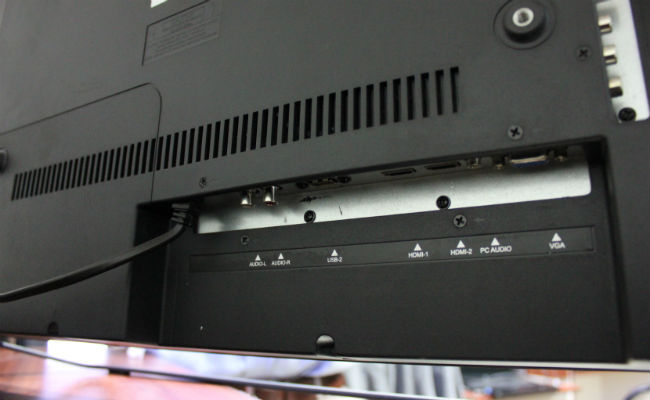 There’s a lot by way of controlling the picture quality. You can of course switch between the regular presets, but there are also options for controlling the colour temperature, black levels and some other aspects of the picture. There are settings for Sound as well. You will need these controls often with the Grande LED, in order to make the content look the best it can. 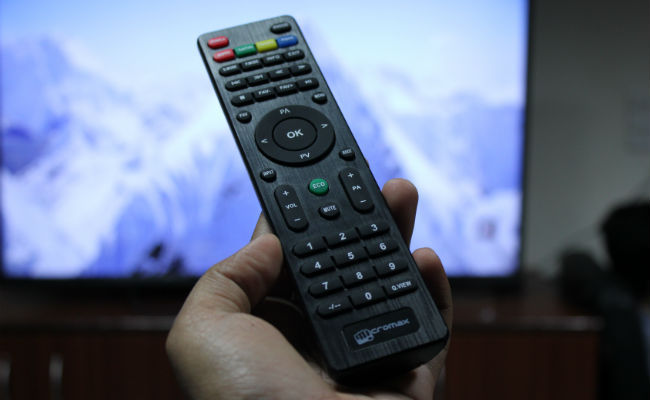 All this is controlled by a remote that is quite straight forward. You have buttons for choosing the Input and sorting through content. The problem though is that the remote isn't intuitive enough and we wouldn't have minded a few more buttons to make navigating through pen drives etc. easier.

Here’s where the value part comes in. Keep in mind that the Grande LED TV is a 50 inch 1080p TV and it costs Rs. 33,990 on Flipkart. When compared to one of the high end televisions I mentioned above, you can easily discern the difference in colours. The picture is washed out compared to, say a similar sized higher end Panasonic Smart Viera 1080p LED TV model. The blacks on the Micromax TV appear more like grey and the view angles are more like 140 degrees rather than the 178 degree view angles offered by good quality panels.

Similarly sized TVs from premium brands also costs almost double of the Micromax number though. The Grande LED is good when you have a budget crisis. Coming back to my friend, he wanted to save money, since he was making a substantial investment on the Xbox, which meant he was ready to compromise on the TV. Hence, the Grande LED offered more than what he had bargained for. Getting my drift?

What I’m saying is that even with the lower grade panel, the Grande LED’s picture quality isn’t quite bad when you take the price into consideration. Yes, you do compromise, but the compromise versus saving equation just about shifts the argument in favor of Micromax Grande LED 50 in this case. In terms of panel brightness, there is a visible darkening at the edges of the screen, the panel doesn't seem to be evenly lit. The picture thankfully isn’t excessively grainy, as long as the content you’re playing is of good quality. Note that low grade content can look pretty bad on this TV, so if you’re going to use this for your regular SD quality content, then you’ll be making a bad choice.

The TV offers very little image correction and enhancement, you don’t get a feature rich signal processing engine to improve quality of content being displayed on the large panel. As a result, standard definition feeds from satellite services and low-quality video files can look really awful. In terms of contrast ratio and brightness levels, the TV does a fairly decent job.

The TV also plays regular video formats like mp4, but the range isn’t as wide as we would have wanted it to be. For example, the TV didn’t play mkv content.

Lastly, the sound quality is just about ok for a television. It’s not very loud, but it’s satisfactory for a budget television. It has two 10 watt speakers, which should be enough for small to medium sized rooms.\

At the low price point of Rs. 33,990, the Micromax Grande LED TV is a valid choice for the use case I mentioned above. Quality 1080p content will look good on this TV and that is not hard to get nowadays, given all the various streaming services we have. On the flip side, If regular SD (standard definition) TV content is your prime application for this TV, we suggest you look for a higher quality but smaller (42-inch) 1080p TV in the same budget, or extend your budget to fit a better quality 50-inch 1080p LED TV. We will be reviewing the newly launched affordable 4K TVs from Micromax soon, they might just be offering a better overall deal that this one.