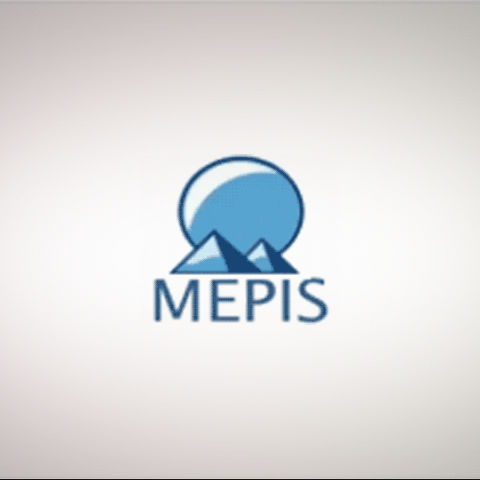 MEPIS is a Linux distribution (a.k.a “distro”) that is designed to give new users a no frills experiece when trying it for the first time. It is based on Debian and gives users the option of either running it as a LiveCD or installing it permanently on your hard drive. When run in the LiveCD mode, the OS gives users the ability to test drive the OS from either their USB stick or a DVD and explore all the available features without making any permanent changes to the filesystem of the host machine. This would mean that you could try this distro on your MAC or Windows PC and then install it later if you so choose. 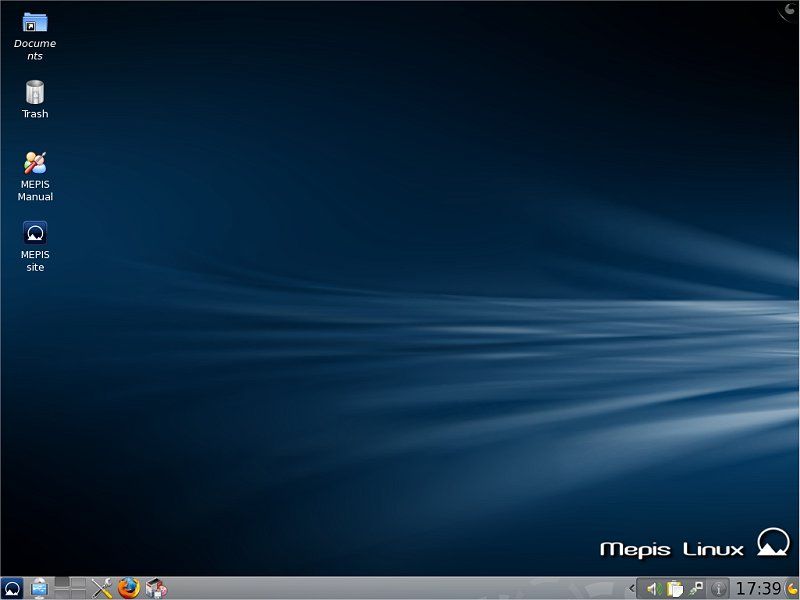 MEPIS is developed and maintained by a very active community that was started by Warren Woodford almost a decade ago. The community forum is very friendly and there is also loads of documentation available for newbies like the complete manual (also on your desktop when you boot into the LiveCD) and a very informative wiki. There are even tutorial videos available for those of you who would rather watch and learn. Some important links you would want to refer to are 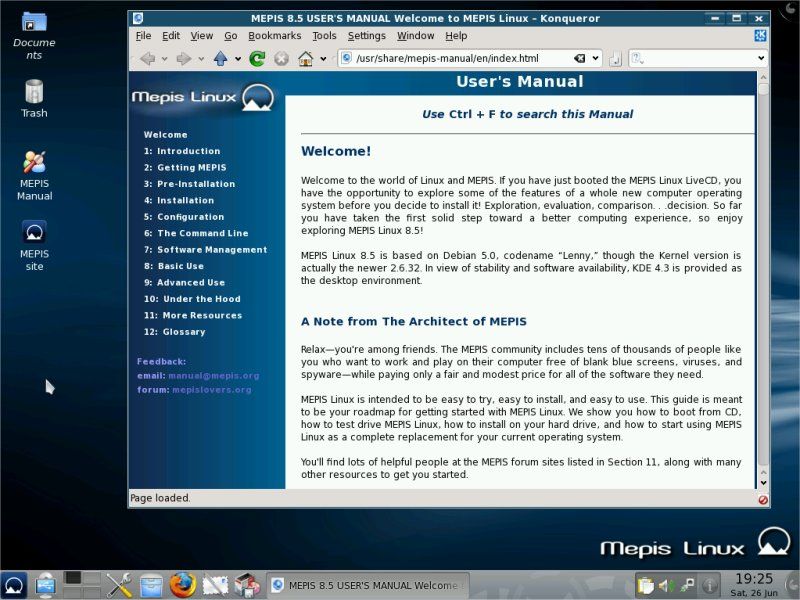 Look for the MEPIS user manual on the Desktop

[RELATED_ARTICLE]SimplyMEPIS 8.5, the most recent stable version of MEPIS comes bundled with software that users need like the Firefox browser and OpenOffice (to be called LibreOffice in the future) which is the open source alternative to Microsoft's Office suite. Also included are basic multimedia applications for your music, images and video and if thats not enough, thousands of other software are made available to you via the Debian and MEPIS community. Based on the most recent stable version of Debian (Debian 5) and using the 2.6.32 Linux kernel, MEPIS has recently begun its transition to the new KDE 4 desktop.

The LiveCD may be a little laggy since its speed is limited by the media it is running off (DVD or USB stick) but a complete install will fix that right up and the OS will operate very smoothly. Clicking on a desktop icon in the LiveCD mode will initialise the installation process and installer is simple to use and understand with instructions and information provided on the sides all along the way. 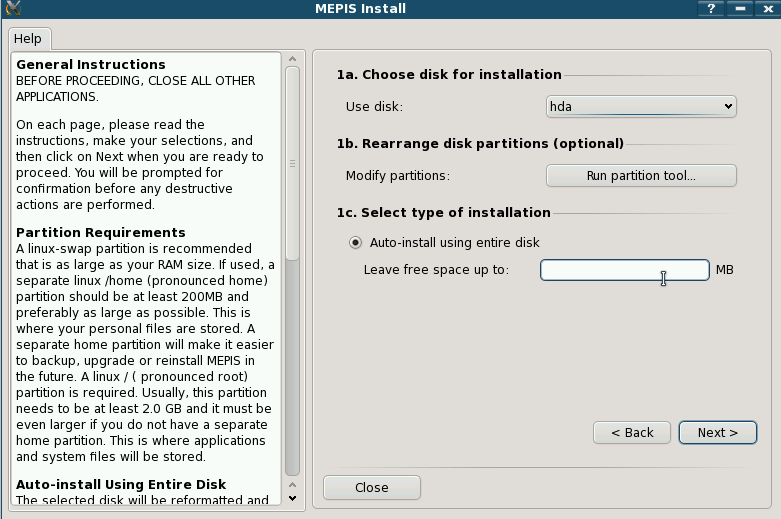 Very informative installer with instructions all along the way

The boot options provided post installation were better than expected considering it showed not only Windows but another Linux distro as well which was previously installed on the same computer. This feature is usually absent in more popular Linux distributions. 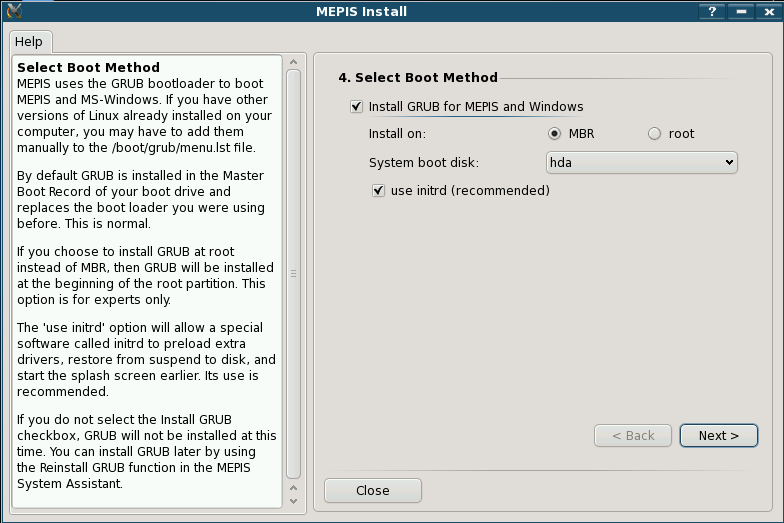 The user interface upon boot is very customisable and easy to use, and the initial layout will be very familiar to Windows users. The file manager included is called Dolphin and a single system settings center is made available to users for all their configuration and customisation needs. Appearance settings are found in abundance but some of them failed to apply due to incompatability issues with the graphics solution on the test system. 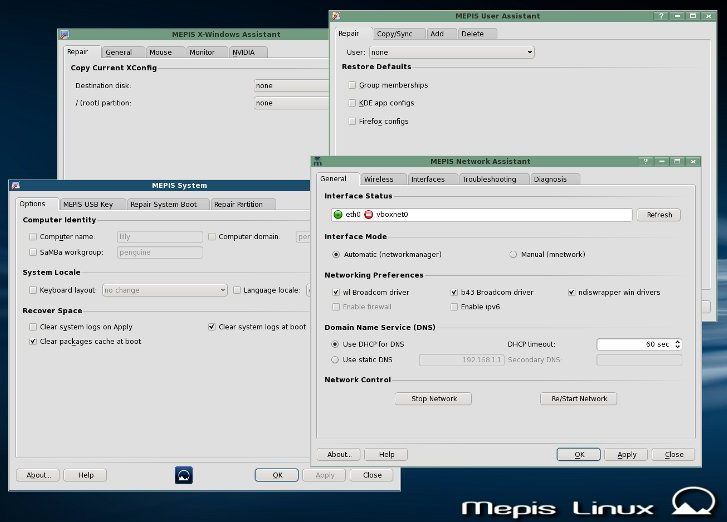 All system tools for your customisation needs

This particular distro does have its fair share of shortcomings as well. The network manager failed to recognise the type of security on the Wi-Fi and you would be required to know such details of you plan on connecting to a network wirelessly. The resolution on the test system (1920x1080) was also unrecognised and the time zones dont even mention India!

Most of these problems are attributed to the fact that the test system used was a Dell Studio 1557 (fairly recent hardware) and MEPIS is based on Debian 5 which was launched all they way back in February of 2009 which is why the  hardware drivers are lagging behind whats currently available in the market. Also, KDE 4.4.3 and its associated technologies are behind the current KDE 4.4.5 which fares much better in many respects. The 2.6.32 Linux kernel on which MEPIS runs is also not up to date to the current stable 2.6.35 kernel on which other popular Linux distros such as Ubuntu run.

Though the feature of externally booting using the LiveCD to repair or troublehsoot your machine is a useful one, it can pretty much be done using any other LiveCD of other Linux distros as well such as Ubuntu. Also, any other Linux distro based on Debian will give you access to the thousands of packages available in their repository so you dont need to be worried about being confined to just this particular distribution.

Eventually, it comes down to you, the user. With MEPIS 11 in the pipeline and Linux distributions available dime a dozen for you to test, MEPIS or any other popular distro would be ideal for you if you want to break free (literally `0) from the shackles you are wearing while using proprietary operating systems like Microsoft's Windows. The community fourms are always there to help if you do have any questions and the least you could do is try the LiveCD for yourself and see if it suits your needs.