While the ZTE V5 looks like a really good smartphone on the face of it, you realise that it has a big achilles heel that makes it hard to recommend. There are plenty of better options that this, available in both lower and higher prices.

When ZTE launched the V5 smartphone in the country, it was quite an exciting prospect, since it was one of the few that had a 13 MP camera in its price range. In fact, in our first impressions of the device, we quite liked it. But then, we reviewied it further and found a few chinks in its armour.

The ZTE V5 has a 5-inch display and is built mostly out of plastic with a removable back. The build quality is actually quite good, with no real issues that we could find. It feels sturdy and fits in your hand and pocket quite easily. The company has given it a matte finish back cover, which looks quite good, especially in white, and is removable. It also has a removable battery, which would be a big plus for some. In addition, there is Dragontrail glass protection on the front, the same that you saw on the Xiaomi Redmi 1S. This glass is practically scratchproof, but compromises on the premium feel that comes with Gorilla Glass 3 protection. Unlike the Redmi 1S though, ZTE went with OGS technology, which gives the V5 better viewing angles than the Redmi 1S. 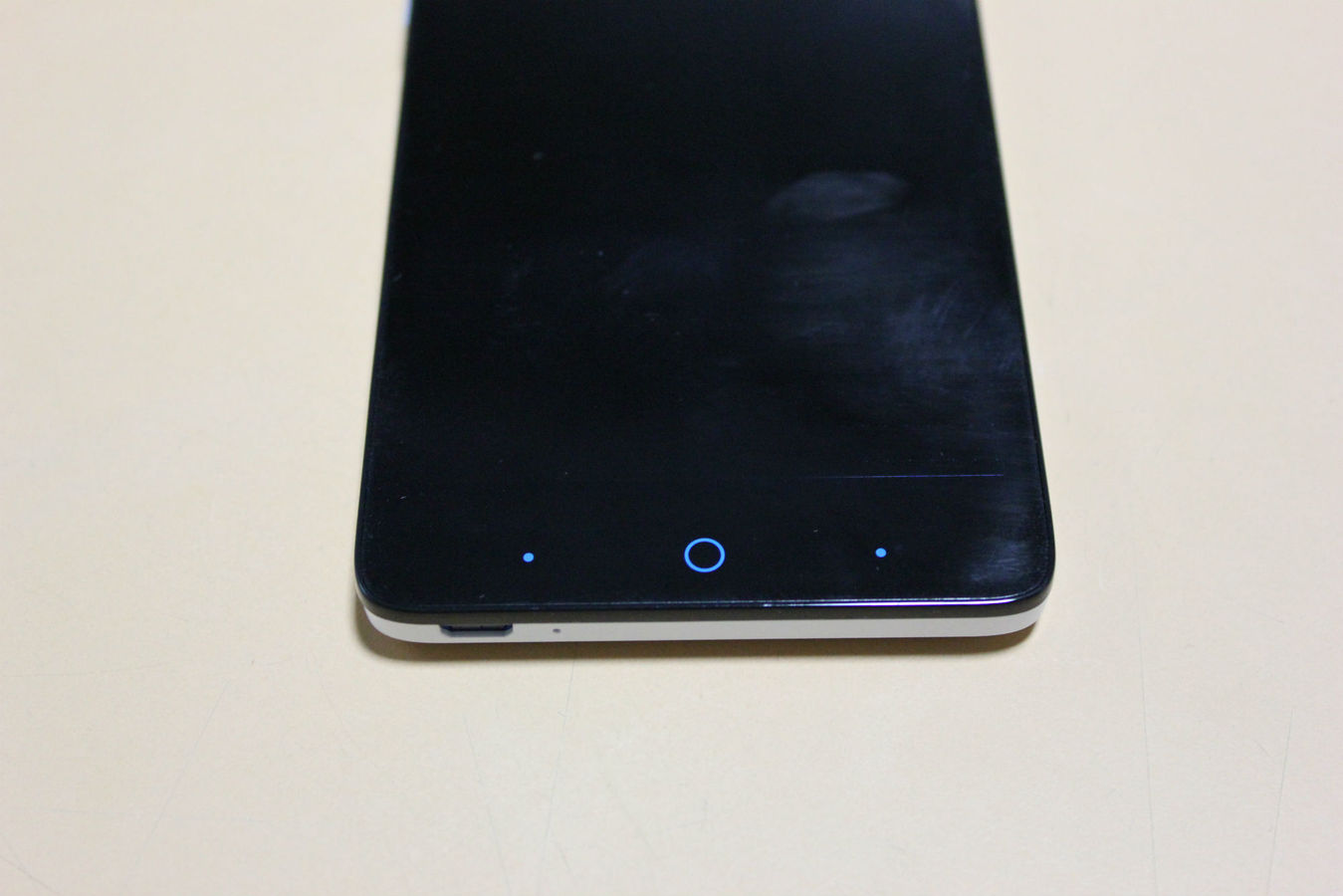 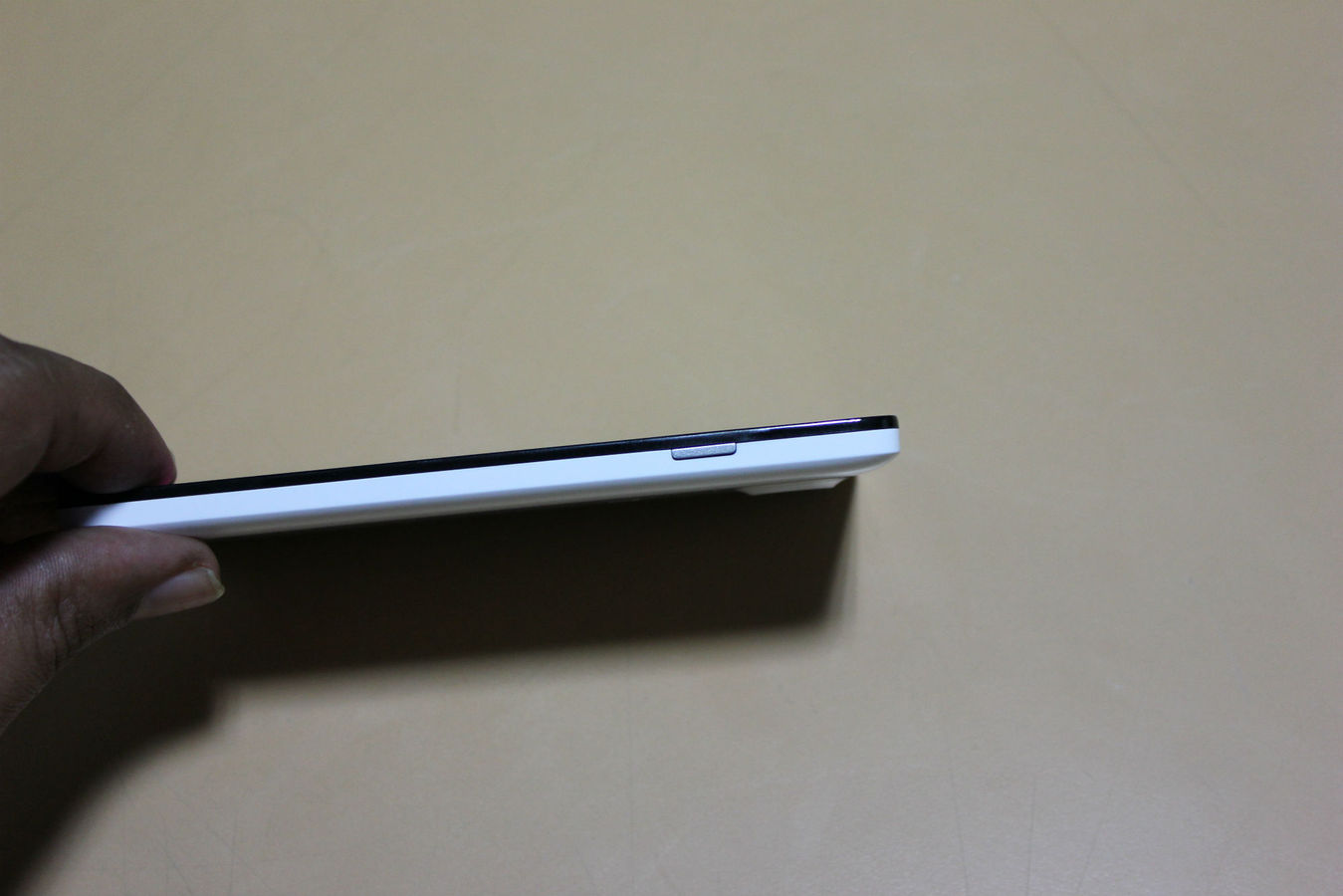 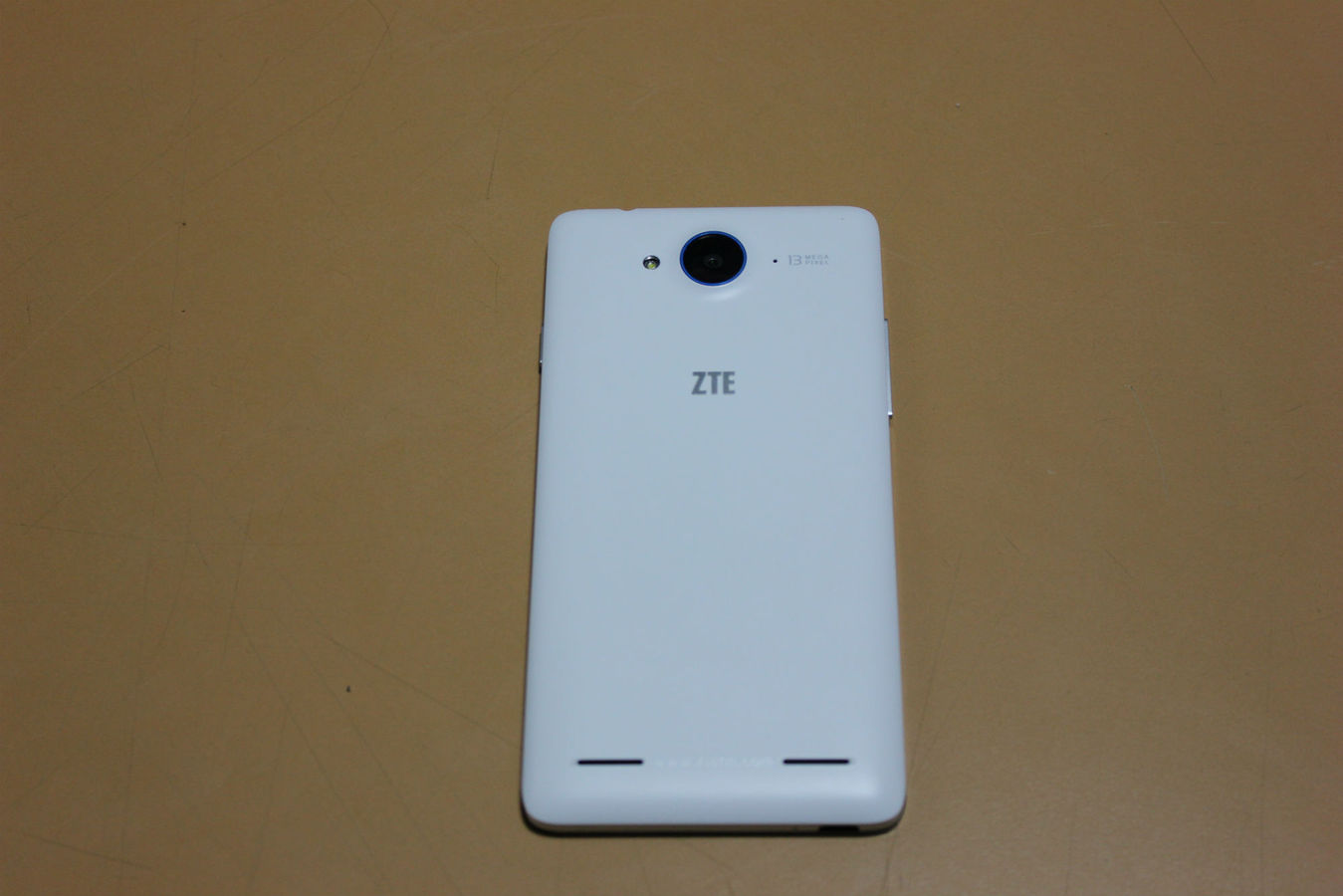 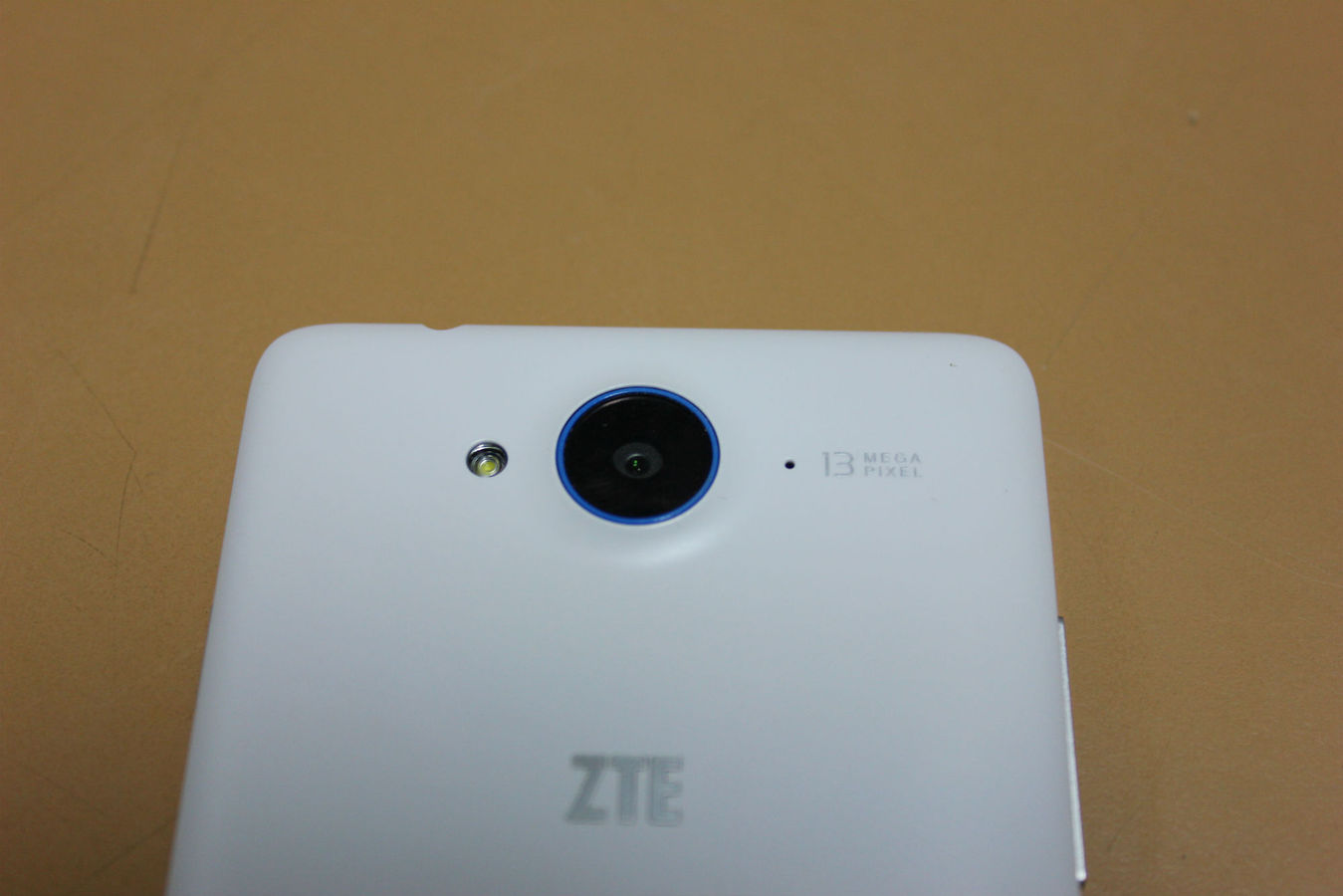 It is also a good looking device. ZTE has made the bar design look good through the black front and white back on the smartphone. It looks good and feels comfortable in the hand.

On the UI front, the V5 runs on ZTE’s own Nubia UI, which is perhaps the best in terms of visual aesthetics. But the Nubia UI has some loopholes that I didn’t like. Firstly, the UI doesn’t allow for a multi-tasking option, which I’m sure many would dislike. You can go into the Notifications bar and hit the clear option to stop background apps, but there is no way to close specific apps at least in a way that's readily available. Also, while the screenshot shortcut is same as in most Android phones (power on/off + volume down), it doesn’t work unless you activate the ‘Capture’ option from the Notifications bar. 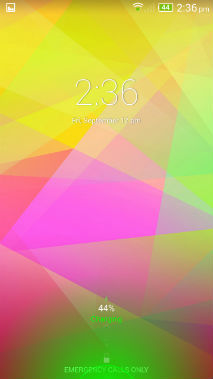 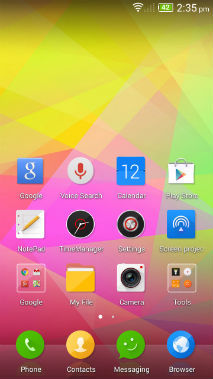 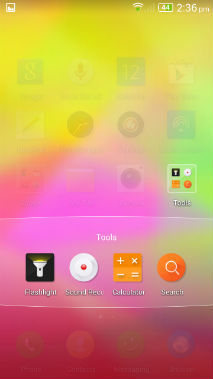 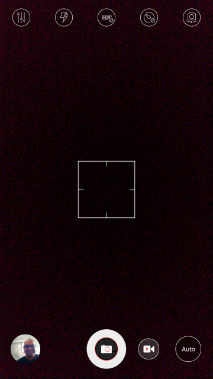 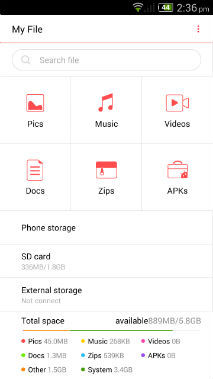 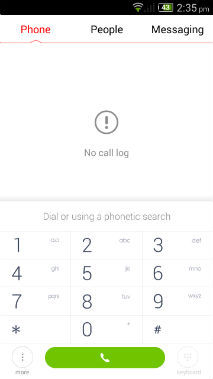 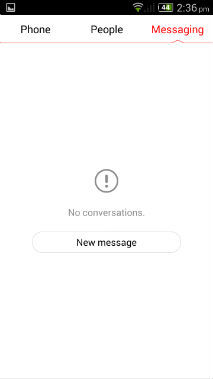 Like the Redmi 1S, the UI takes up a lot of the memory on the device, allowing only about 350 MB of RAM free at most times. It doesn’t show lag, but takes time to load, especially after you’ve played a game and heated the device up.

This was actually one of the better aspects of the ZTE V5, and surprisingly so. The device performs satisfactorily on synthetic benchmarks and does well with games and other resource intensive activities. It handles games like Asphalt 8, Injustice: Gods Among Us and others quite well. This was actually quite surprising, considering the low RAM availability. The V5 is powered by a 1.2 GHz Qualcomm Snapdragon 400 quad-core SoC with the Adreno 305 GPU. It also has 1 GB of RAM. 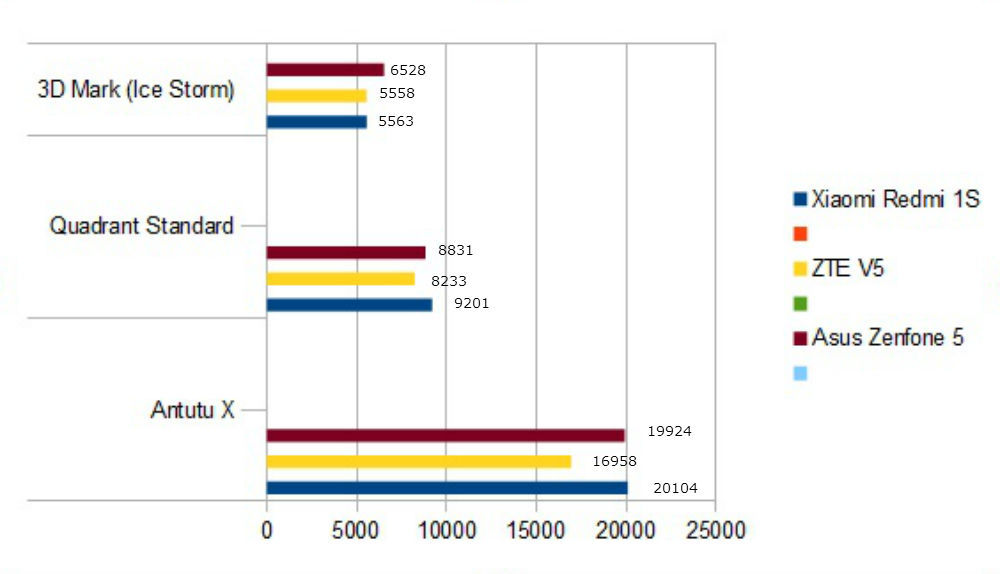 Games and apps don’t crash on the device and it doesn’t heat up very easily. Even when it does, it never heats up enough to become uncomfortable to use. Also, the battery on the ZTE V5 was pretty impressive, giving me almost a day's usage quite easily.

Another strong point of the V5 is its 13 MP rear camera and 5 MP selfie camera. The company is calling the device a selfie oriented phone and with the 5 MP front shooter, that makes sense. More importantly though, it is the 13 MP rear camera that is the hero of the device. It takes good looking, balanced images under normal outdoor lighting, with minimum noise and good colour reproduction. The images are a little low on sharpness though, but considering that there are few smartphones in this range with a 13 MP camera, it’s still a good option. 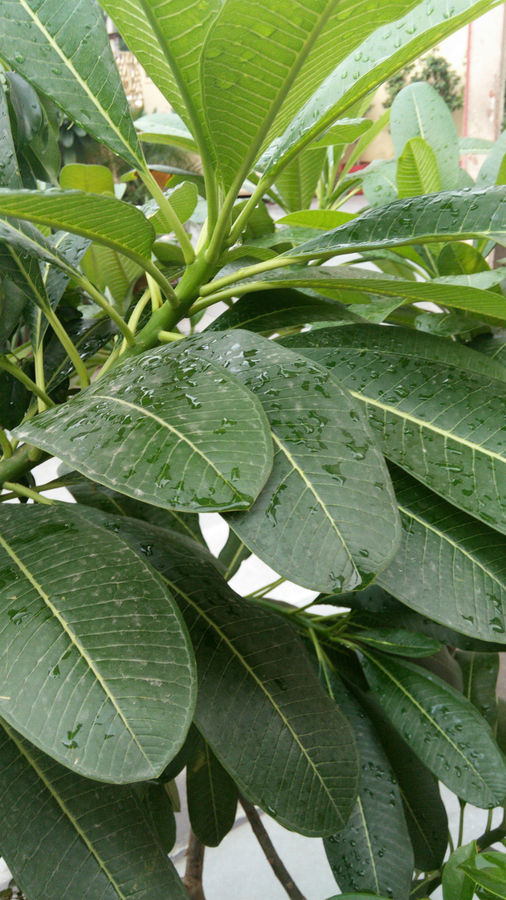 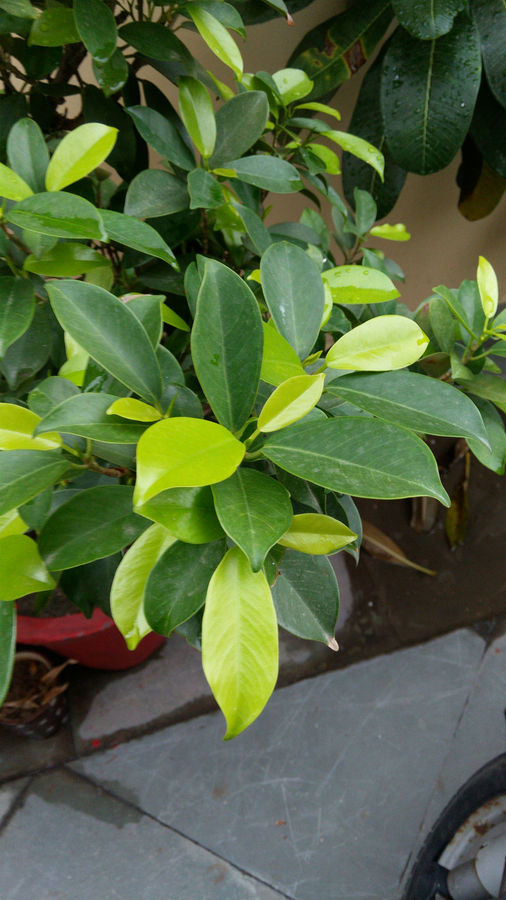 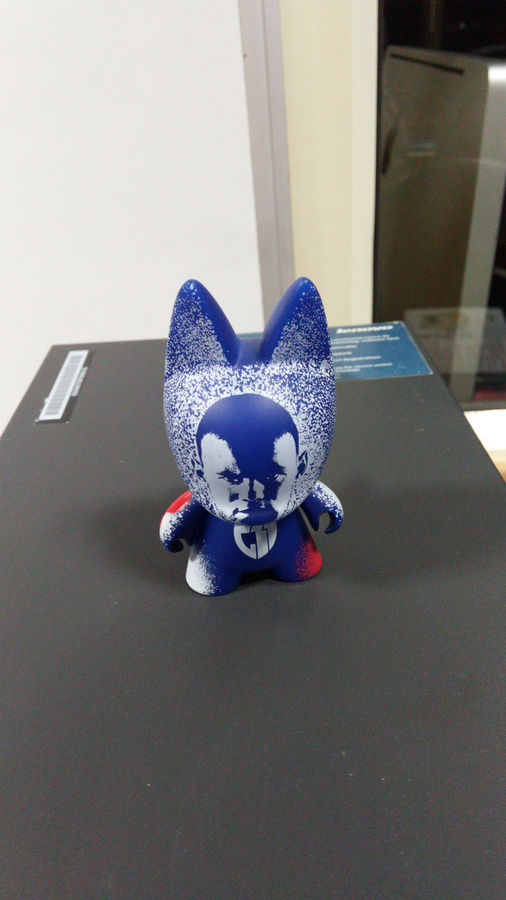 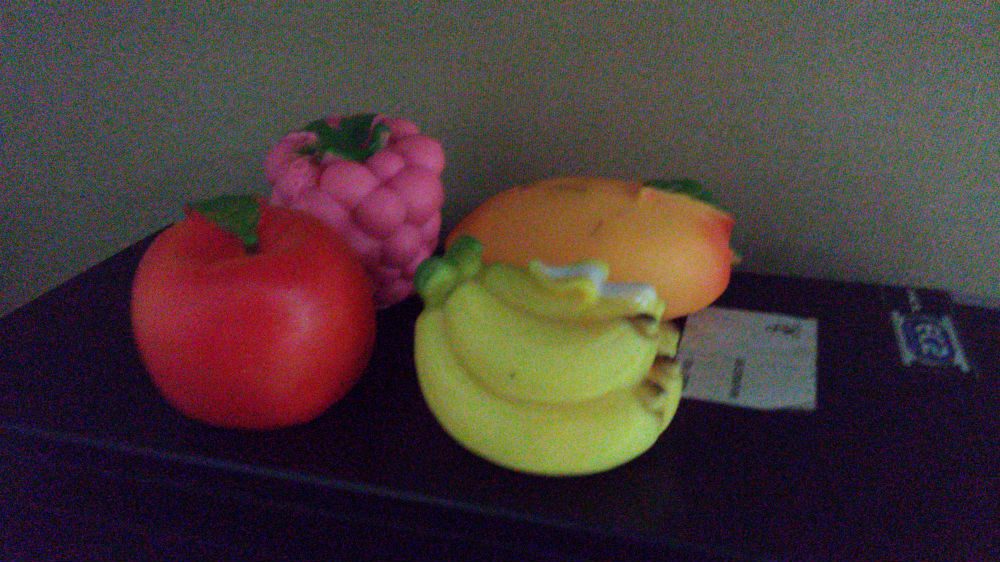 The camera does fail under low light though, with the noise levels going up considerably and visible graininess in the pictures.

The major disappointment in the ZTE V5 was the 4 GB internal storage that the company provides. This is hardly enough for a device in its price segment. In fact, the much lower priced Redmi 1S comes with 8 GB of internal storage and both these devices have expandable storage. The V5 though is weak in this respect because it allows only about 600 MB out of the 4GB to be modified by the user. The rest is accessible only on the device and can’t be accessed otherwise.

This means that not only will you need to buy a memory card for this smartphone, you will also need to change the primary storage to your SD card. Changing the primary storage though may make some of your apps malfunction. For us, the Camera app stopped working for a while. This issue was actually one that had cropped up on the Nexus 5 when it went on sale first, but Google fixed it with an OTA update. We can only assume that the issue in the V5 is regarding app permissions for internal and SD card.

At the present moment, unless this issue is solved, we cannot recommend the ZTE V5. If ZTE fixes this issue, then it'll be a different story altogether.

The ZTE V5 excels in the design, display, performance and camera departments, but the storage space is the achilles heel of this smartphone. While 4 GB completely accessible would perhaps have allowed me to recommend this smartphone, the seperation makes it a big disappointment. If you want a 13 MP camera on your smartphone in this budget, then the Micromax Canvas Nitro and Intex Aqua i5 HD are better options. While the Canvas Nitro has a similar camera, the i5 HD actually has a better camera than this. Also, the Nitro is priced Rs. 1,000 more than the V5, while the i5 HD is about Rs. 2,000 less expensive. If you’re not much of a camera user, then the Moto G (2nd Gen) is a better option.