YotaPhone Review: Twice the displays, half the phone

Ever since we heard of the YotaPhone we were quite intrigued with the technology it was bringing to the table but once we tested it, we were left disappointed. YotaPhone has missed its opportunity to bring something that could have been a true game changer. The incomplete implementation of its e-ink display and average performance for its price weigh the phone down.

Have you ever imagined what a phone would look like if it had the simplicity of a Kindle reader and the connectivity of an Android smartphone mixed in together? Well, the YotaPhone is here for you. Yota is a Russian broadband company which has branched out and made a device that manages to bring both screens in a single smartphone. But have they made it work? Let’s find out.

First thing you should know that the phone comes with two screens, one at the front and one at the back. It has a 4.3-inch 720p IPS panel upfront which is the primary screen, works well and reproduces good colours. And if you turn the phone around, there is display on the back as well but this one is a 360p e-ink display.

This e-ink display is what makes this phone unique since Yota believes that the always on e-ink panel will help users be more productive without draining the battery. But the thing is the 360p 4.3-inch e-ink display is not backlit nor well implemented for that matter. 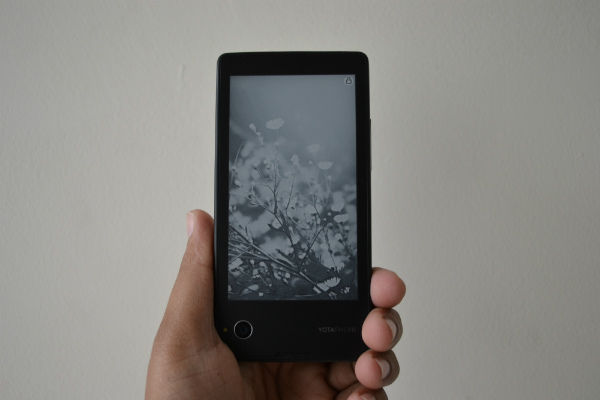 Implementation is the key word here since the device runs on Android 4.2 Jellybean and gives you an almost stock like experience on the main screen. Now instead of on-screen or capacitive navigation buttons the YotaPhone has opted for swipe based navigation. So, a single swipe to the left is registered as back, a swipe to the right will take you to the home-screen and a double-tap in the middle is required to view recently opened apps. On the e-ink display, side swiping to the left or right unlocks the screen and double tapping in the middle opens the wallpaper. The big issue is that the phone's screens have serious trouble recognising swipes unless you do them with extreme precision. 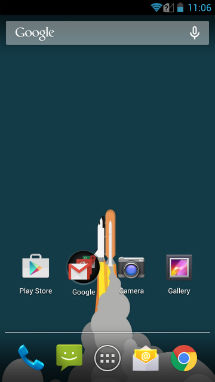 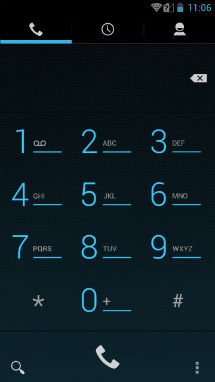 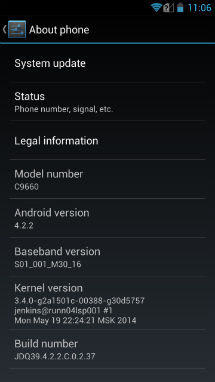 The e-ink display on the YotaPhone has a 360p resolution which is decent enough for readability but it does not support any touch input, neither capacitive nor resistive. This e-ink display can use only a few apps which are pre-installed and are present under a separate tab in the app drawer. Half of these apps think that the phone is still in Russia, like the Sportscaster app, which recognizes only two sports “Soccer” and “Ice hockey”.

Since the phone has an e-ink display, we tried reading books on it with the pre-installed Bookmate app. You can read books, swipe left and right to turn pages and double-tap to go back to the wallpaper. But alas the second screen is not usable with any third party book reading apps like Kindle. The e-ink display also works as a second screen which gives you glanceable information like news feed, social media feed, music player, calendar entries, notes and pop-up notifications. Apart from this you can do a double finger swipe gesture on the main screen which will put a screenshot of the screen on the e-ink display. 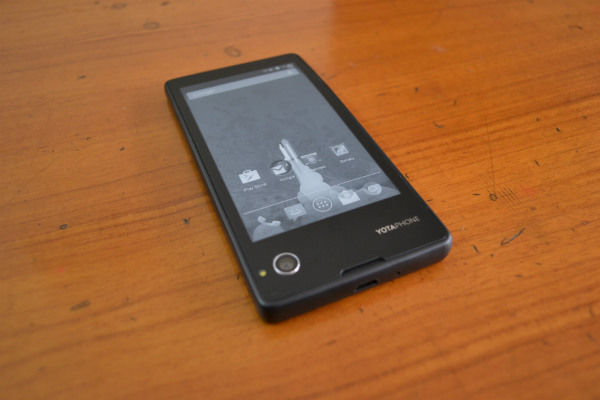 Now coming down to the regular stuff, since Yota is a Russian company, we expected it to have good build quality on the smartphone and, yes, the phone is built like a tank. Even with the two screens, on the front and on the back, the phone feels sturdy. The use of premium materials and a hard bumper shell makes the phone robust and gives you the confidence of handling the phone whichever way you want. 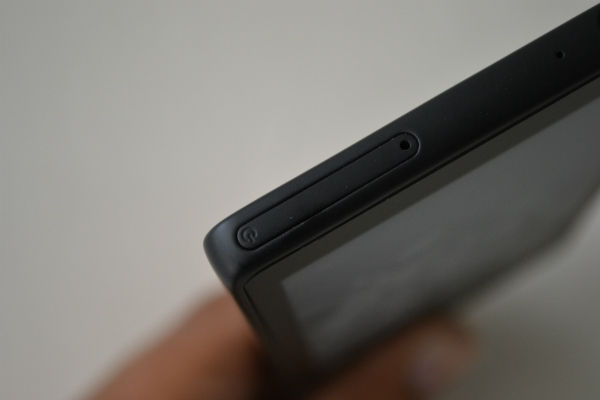 Performance, on the other hand, turns out to be an iffy proposition and leaves much room for improvement. Whereas all other smartphones in its price range are filled with the latest specs up to their teeth, the YotaPhone lags behind the competition with the last gen Snapdragon 400 from Qualcomm. The old SoC combined with 2GB of RAM lets you perform daily tasks like calling, consuming media or checking social media, but it does so unconvincingly.

We noticed a certain ghosting effect throughout the whole interface (for e.g. when swiping through interface screens, a fascimile of the previous screen was visible for a moment) which creeps in during video playback as well. The phone crashed a couple of times for no clear reason and restarted every few hours which makes the 25K price tag very unjustified. When we compared the synthetic benchmark scores of the YotaPhone against other smartphones from a similar price range, the old SoC in the phone didn't stack up well. 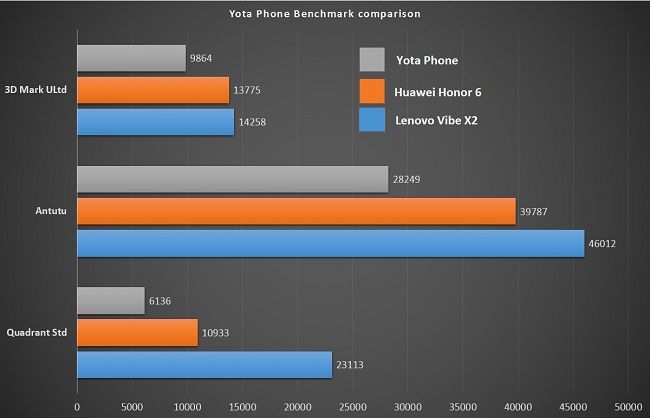 Moving on to the 13MP rear camera, it takes good pictures and the 1080p video recording is commendable as well. The pictures look a bit overexposed at times but otherwise the rear shooter takes crisp and nicely saturated pictures. We should point out though the rear camera has an unorthodox position and does require some getting used to. The front-facing camera is only a single megapixel and is only usable in well-lit spaces and can be used for video calls. When you switch on the camera, the e-ink display charmingly suggests you “smile for the camera” but does go a bit overboard when it displays the same thing while taking a selfie. 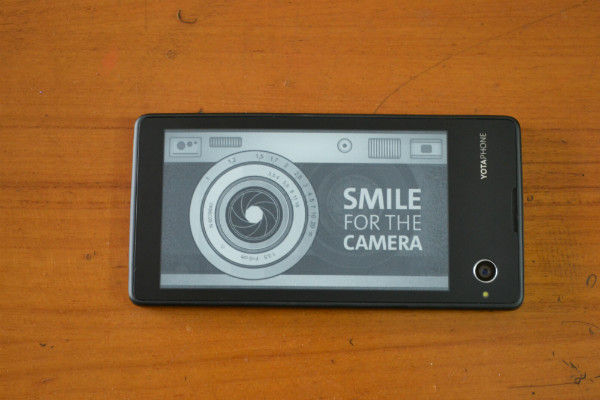 Call quality and network reception on the smartphone were good and we had no complaints with placing or receiving calls. The phone does have 3G and even LTE radio support, but it doesn't support those 3G bands on which Indian telecom operators operate thus we were stuck with EDGE which, again, was a disappointment.

So the bottomline is, the only things going for the YotaPhone are its solid build quality, its camera and the unique proposition of the dual screen. Apart from those, the phone miserably fails as a modern smartphone. So, for a price-tag of almost Rs. 25,000, we'd need to be insane to recommend the YotaPhone.