Xolo Q1100 Review: A very good option at a budget 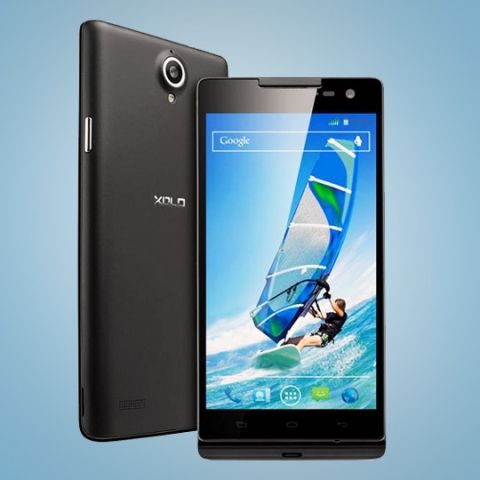 The Xolo Q1100 is definitely a power packed smartphone in the budget category and gives a tough competition to the Moto G. For the ones who like a larger display and don't bother much about the brand, the Q1100 is a highly recommended smartphone.

The budget category of smartphones has been dominated by Moto G lately, thanks to its brilliant performance, a great set of specs and Motorola’s brand value. The smartphone was a huge blow for Indian smartphone brands but it didn't mean that these companies were going to stay behind in the race. The first Indian brand to directly challenge Motorola was Xolo.

Xolo recently announced the Q1100 which features specs that are almost similar to what we saw on the Moto G. So how does the Q1100 match-up against the throne keeper, Moto G. Well, let’s find out.

The Xolo Q1100 offers competitive features in its price segment. Here are the specs:

The Xolo Q1100 offers a simple design and has an all-plastic body. The back panel, although soft plastic, doesn’t feel bad in terms of quality, thanks to its rubberised finish. The front has the 5 inch display with a 720p resolution. The display is a fingerprint magnet and it can get quite annoying as you need to clean it after each minute. Below the display we have the generic Android navigation buttons which are capacitive and above the display there is a 2MP front camera, the earpiece and the proximity and light sensors. 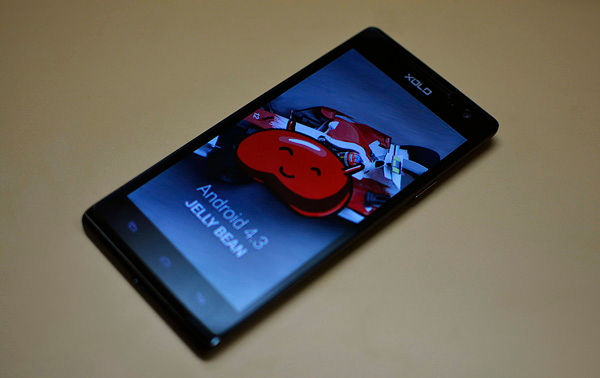 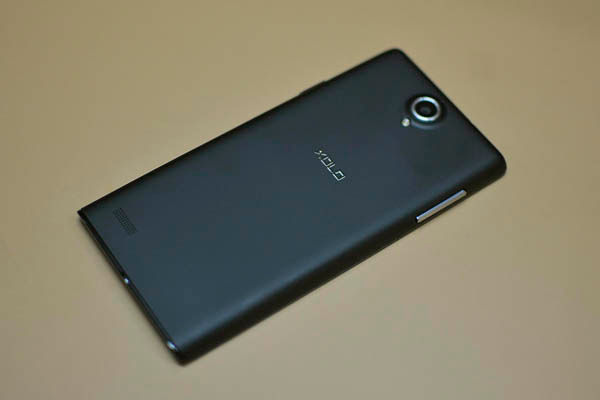 The left side of the phone features the volume control buttons. The power/lock button which has a chrome finish, is on the right side. The headphone jack is on the top and the bottom has the microUSB port for charging and data syncing. The back has an 8MP camera with an LED flash. Removing the back panel reveals the 2000mAh battery, the microSD card slot and the two full sized SIM card slots. 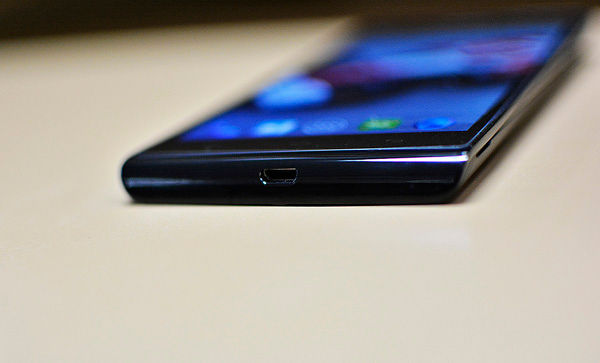 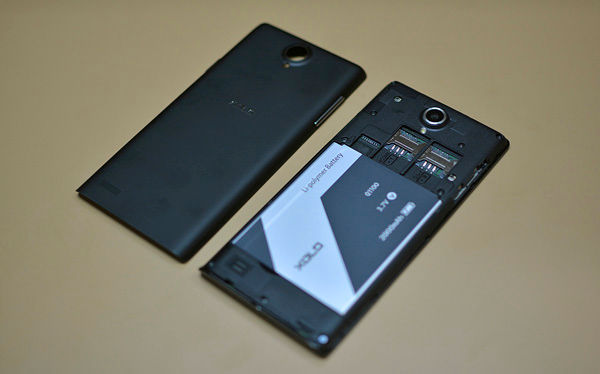 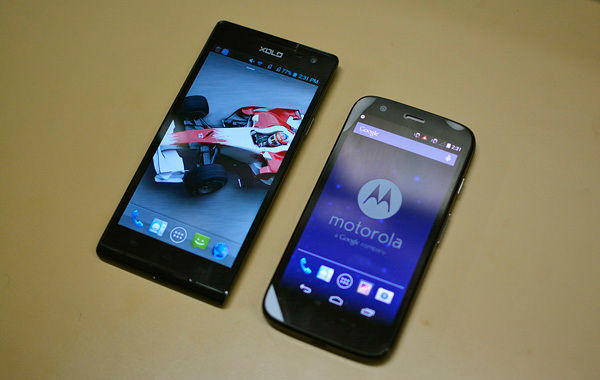 Even though the display doesn't feature a Full HD resolution, it impressed us with its nice contrast and brightness levels. Text looks crisp and easy to read. What we didn't like about the display is that it doesn’t offer great viewing angles and the colours seem washed out when you see the display from different angles.

The Xolo Q1100 runs on Android 4.3 Jelly Bean which is stock, except for a very slight changes like a few animations while scrolling through the homescreen and the homescreen indicator on the top. Running on a Snapdragon 400 processor, the Q1100 offers a respectable experience of Android. We didn't notice any lags and the apps did not crash.

All the apps run smooth and multitasking is flawless as well. Personally, we wish Xolo had added better wallpapers to their smartphones as they either look quite dull or very flamboyant. Xolo has added their own Xolo Power app for battery management and Xolo Secure which can back up your personal data onto a cloud server. As the smartphone runs on a Snapdragon processor, the smartphone features the Battery Guru app from Qualcomm. The app monitors and learns usage of the smartphone and then optimizes the battery accordingly.

We carried out the standard benchmark tests on Xolo Q1100 and were quite surprised by the results. 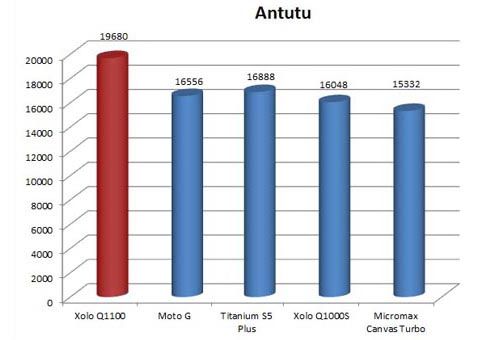 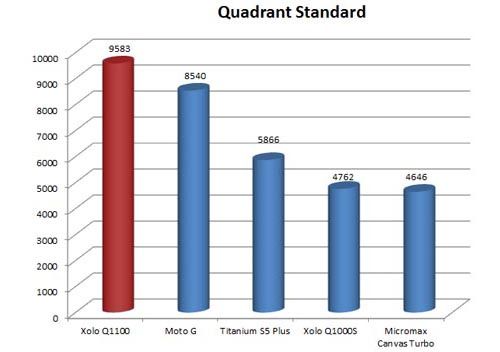 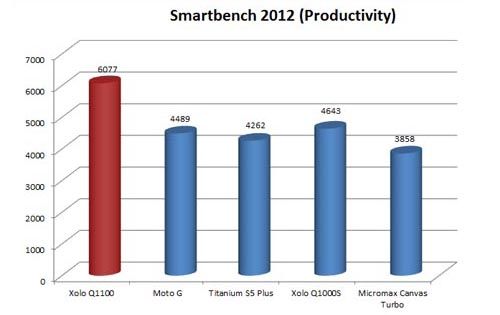 As you can see the Q1100 proves to be a better in terms of raw hardware performance than the Moto G.

The Adreno 305 GPU has proven to be great in the past and now with the Q1100 it doesn't disappoint either. Gaming performance was smooth and we enjoyed playing games on it. Games demanding high frame rates didn’t stutter at all. The only concern that we wish to point is the heating issue during high end gaming. But then, this issue has become a norm for most smartphones these days.

The Q1100 sports an 8MP rear camera with a BSI sensor which, apart from taking pictures, is capable of recording 1080p @ 30fps. Pictures produced are sharp and have nice punchy colours. The camera on the Q1100 manages to control exposure quite well and the auto-white balance doesn’t go overboard while correcting the tone of the pictures.

Check out the camera sample shots below (click to enlarge):

The Xolo Q1100 is actually a great competitor for the Moto G and we were quite impressed by its performance in almost all the segments. It doesn't offer striking looks, but again the build quality is solid and is as good as the Moto G. If you are looking for a good alternative to the Moto G and not shy of using a 5 inch display, then we would definitely recommend you to buy this phone. There are a number of other Android handsets in the market today at the same price point offering almost similar features like the Karbonn Titanium X or even the Micromax Canvas Turbo.