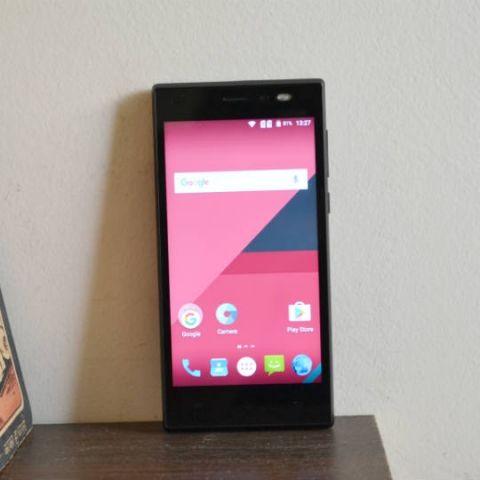 The 5k segment does come with compromises, but the Xolo Era 1X doesn’t really provide a good smartphone experience. It has a good camera, but that’s about the only thing it has going for it. We’d recommend spending 2k more on the Redmi 3s.

Technology has slowly been trickling down from budget smartphones to the more affordable sub-5K categories. While phones that cost less than Rs. 10,000 are extremely powerful today, the sub-5k segment is yet to see a big revolution. The Xolo Era 1X is one of those devices, and it supports 4G LTE connectivity. The question is, has Xolo done enough? 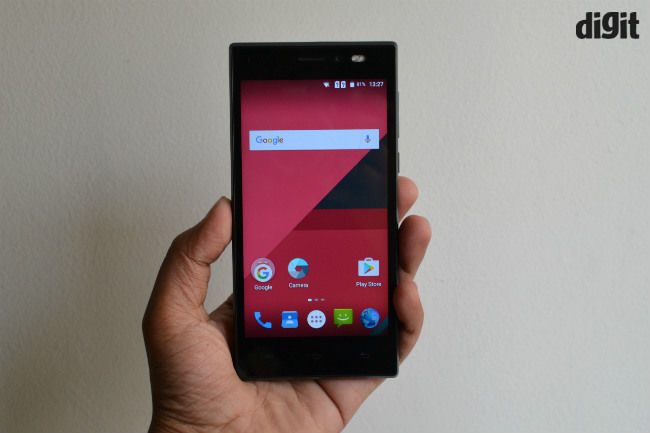 Build and Design
One could argue that at its price, there are no smartphones that set a good example for design. The sub-5k smartphone hasn’t seen a decently built device since the Yu Yunique, and the Xolo Era 1X doesn’t change that. I’m not expecting metal and glass at this price, but the Era 1X feels outdated, which I don’t like.

The Era 1x is not as ergonomic as other 5-inch devices, with thicker bezels around the display making it a tad wider than other devices sporting 5-inch displays. In addition, the lack of protective Glass on the display also hurts the overall experience. 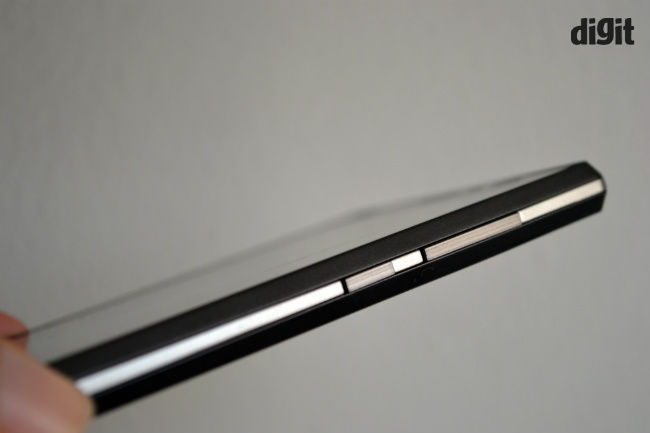 There are only two good things worth mentioning about the build and design. First, the two physical buttons, including the power key and the volume rocker, have good tactile feel, and second, the chrome band around the sides is aesthetically nice.

Display and UI
The Xolo Era 1X has a 5-inch IPS display with 1280 x 720p resolution. This is fast becoming a category standard. However, the quality of the display is still only at par with the Xolo One HD that came out more than six months ago. 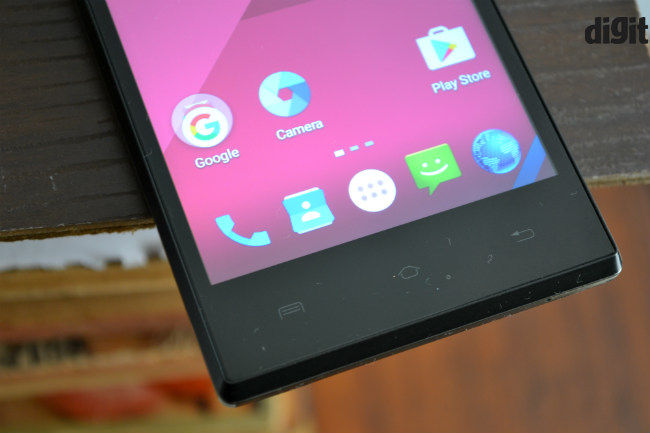 While it is one of the better displays under 5K, there is scope for improvement. The colours are fine, but not worth writing home about. The same can be said about the touch experience and the brightness, which at 491 lux is nothing noteworthy.

Coming to the UI, the vanilla Android approach is likeable, and the fact that the Era 1X runs on Android Marshmallow gives it a distinct edge over the competition. However, it has only 8GB of storage and quite a few pre-loaded apps. As a result, I ran out of space on the device quite easily. 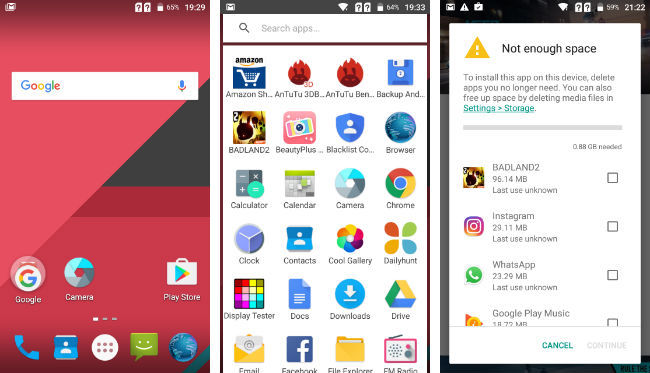 Performance
The processor brings the Xolo Era 1X to its knees. It has a 1.3GHz quad-core Spreadtrum SC9830 SoC and it lags on regular apps like Facebook, YouTube, Maps etc. Even at this price, this is unacceptable from a phone today. The experience on phones that cost just about 1k more is miles better.

The SoC can’t handle multitasking well and the gaming experience is quite unacceptable too. The phone lags on reasonably simple games like Badlands, and Asphalt Nitro brought it to its knees easily. That being said, the phone doesn't get excessively hot even while gaming. I recorded a maximum temperature of 36 degrees while gaming and the temperatures went up to 38 degrees while video recording. 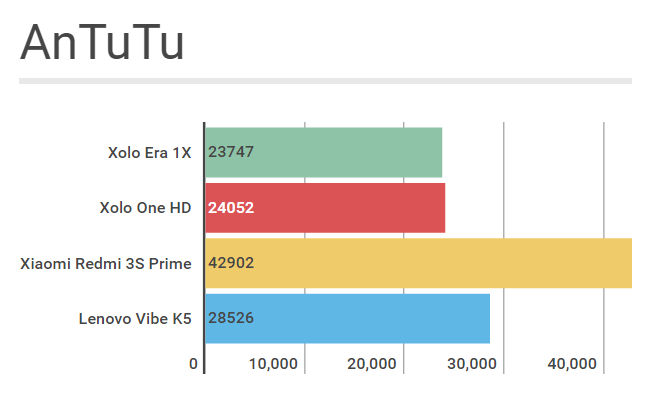 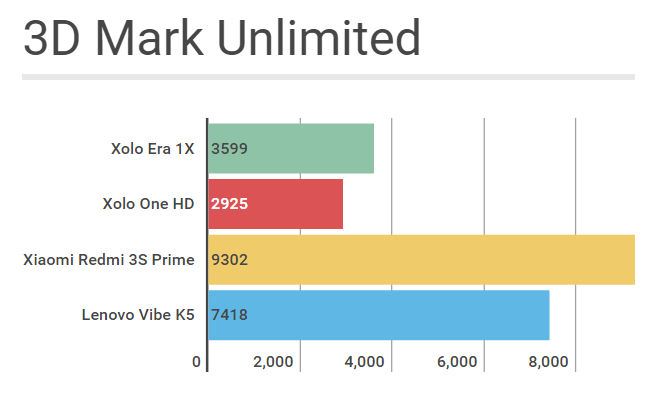 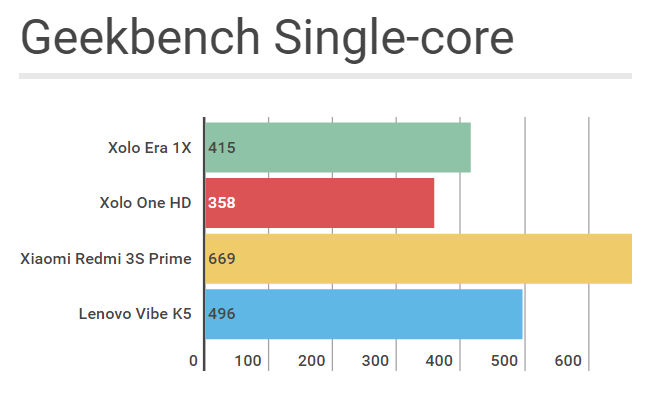 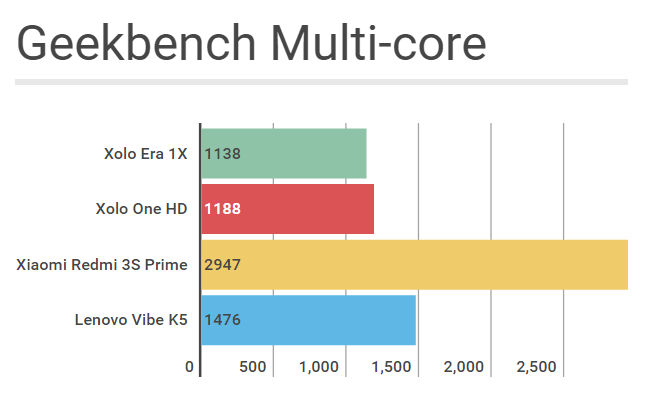 Call reception and audio quality on the other hand is better than average and since the phone does support 4G, you will get better network speeds. That said, the browsing experience is sub-par, thanks to the slow processor.

Battery
The Xolo Era 1X should last you about a work day, but only just. Under heavy usage it’ll need charging more often and its budget pricing means it doesn’t support fast charge either. Gaming and camera usage deplete the battery really fast. 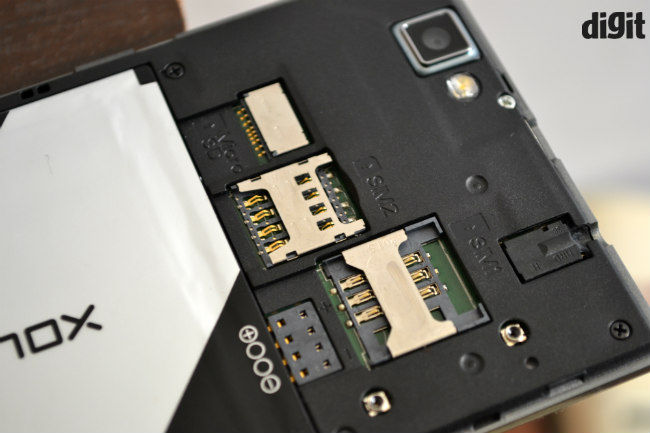 Camera
If all of the above doesn’t irk you, then you might actually find this phone worth buying now. The Xolo Era 1X has a good camera for its price. The 8MP rear shooter is best under well lit conditions, with decent colour reproduction and admirable details.

The dynamic range is low and the HDR mode won’t fix it either. Low light images will show noise, but despite all this the Era 1X has the best camera among the sub-5K phones. 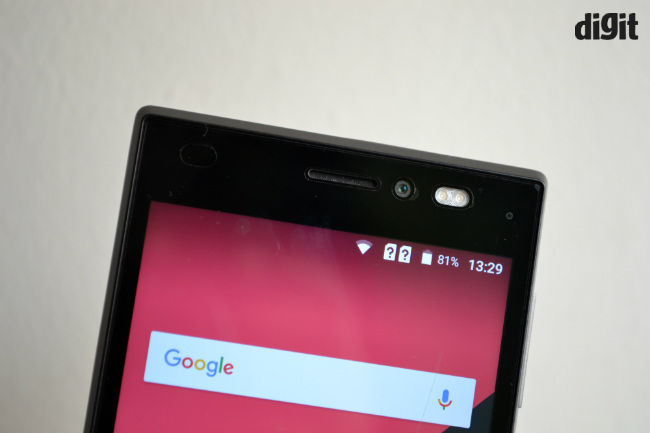 Bottomline
The Xolo Era 1X is not your best bet in this price range. It has a good camera, but everything else about it gets in the way of user experience. Yes, the 5k segment does come with compromises, but this experience isn’t worth spending on. We’d recommend spending an extra 2k to buy the Redmi 3S.