Does the fact that this phone supports 4G connectivity mean enough to justify the higher price-tag as compared to the 3G variant? It probably would have, had the Yu Yureka not existed in the market. The Xiaomi Redmi Note 4G is a satisfactory smartphone for budget phablet buyers, but it is no longer the best in its segment.

On the face of it, there’s not much that differentiates the Xiaomi Redmi Note 4G from the 3G variant. The fact that the two smartphones run on different processors though does make for enough of a difference to write a different review. That said, the camera, display and design remain the same, so we will skip over those parts and simply write about the performance and battery bits in this.

To find out what we thought of the camera, display and design, read our review of the Xiaomi Redmi Note 3G

Phablets in the affordable range have usually been powered by octa-core SoCs, including the 3G variant of the Redmi Note. But to be honest, octa-core SoCs are a lot like quad-HD displays right now. They aren’t fully effective, until apps actually start using all eight cores of the processor.

That said, the quad-core version of the Redmi Note, should ideally be enough everything you may use the device for. Benchmark scores do seem to suggest lower performance, but in regular use, the Snapdragon 400 really didn’t make for much of a difference. 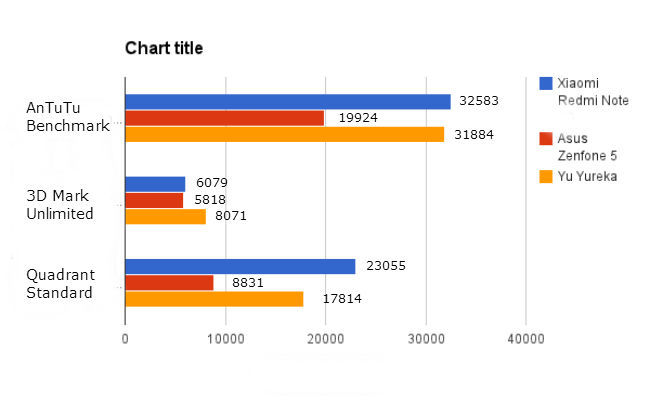 Apps run fine on the Redmi Note and the performance was quite satisfactory when pitted against its 3G counterpart.

If you still happen to think that the lower benchmark scores make a big difference, then this should more than make up for it. The MediaTek MT6592 SoC used on the 3G variant of this device, is known to be battery intensive, making the battery life, quite below par. The Snapdragon 400 though takes care of that aspect, lasting two hours longer than its brother in our battery test. Even on PC Mark for Android, the device churns out almost an extra hour of battery life. 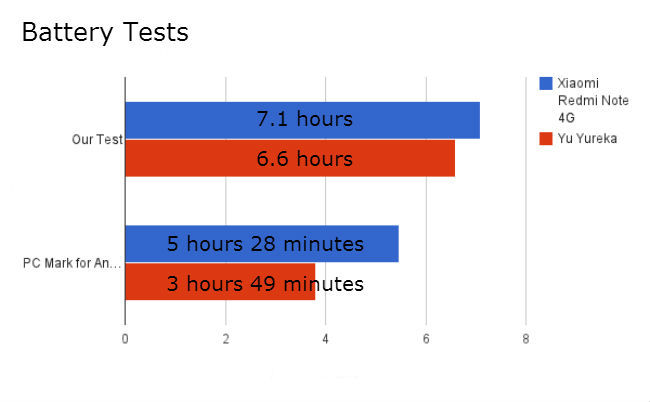 People often overlook the underlying operating system on Xiaomi smartphones. That's because MiUI in itself provides a lot of features, which even the newest Android version may not give you. That said, the version of Android being used will still determine important elements like resource management etc. So, the fact that the Redmi Note 4G runs on KitKat is a good thing. The results of that are visible in both the performance and battery life of the smartphone. The Jelly Bean OS on the 3G variant was a drawback in our opinion. MiUI 5 is still omnipresent on the phone and it is as good as ever, but KitKat just gives it a few more points. 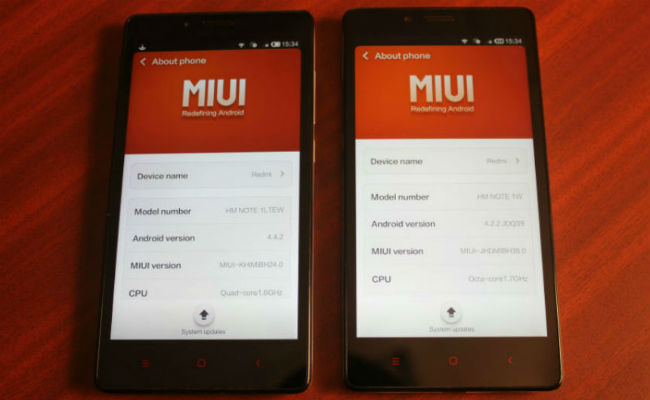 While 4G connectivity sounds really intriguing, the fact is, India doesn't have good 4G coverage yet. Even Xiaomi's initial retail partner, Airtel, doesn't offer 4G in many areas. For example, 4G connectivity is not available in Delhi right now, even though it is available in Gurgaon. So, in essence, you have the same device, but at a price point that is higher by Rs. 1,000. That in my humble opinion is a big drawback for Xiaomi right now, because the simple fact that this device is 4G capable doesn't justify the added cost. Of course, you may say that the device is already underpriced, but I will refer you to the original Redmi Note 3G review (linked above) to counter that. The Redmi Note 4G fits its price, just like its predecessor, which means that the extra Rs. 1,000 is a negative in this highly competitive market.

The above is further justified by the fact that the 4G capable Yu Yureka smartphone is priced at Rs. 8,999, exactly the price of the Redmi Note 3G. The Yureka is 4G capable and even provides better performance than the 4G variant of Xiaomi's phablet. Add to that the fact that CyanogenMod 11 adds a ton of features to the Yureka and the two devices have the same battery life (even though Yureka has a smaller battery in theory). Xiaomi has till now experienced somewhat of a lack of competition in the Indian market, with its immensely value for money devices, but this time, it pales against its one and only competition. While the Redmi Note 4G remains a satisfactory device in the below 10k segment, it is definitely not the best. You'll get value for your money, but you'll get more of that with the Yureka.

I can foresee 'biased towards Yureka' accusations on this last bit, so let me explain. The extra Rs. 1,000 would perhaps not have mattered had the Yureka not existed, but it does and in the highly competitive smartphone market today, it makes all the difference in the world. The Redmi Note 4G is merely a few points behind its sole competitor, but it is still behind.