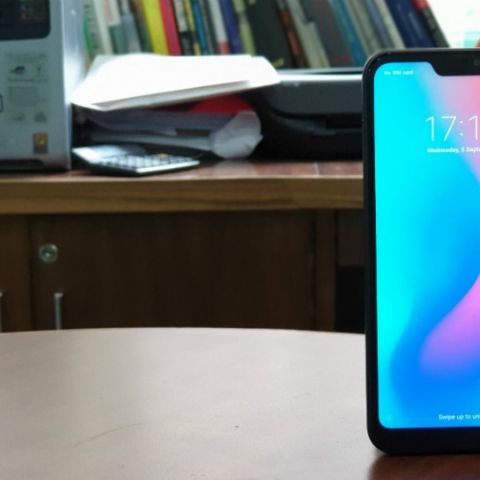 The Xiaomi Redmi 6 Pro introduces the notch to the entry-level segment, but underneath, it has the old Snapdragon 625 chipset. The phone isn't going to turn heads, but if you're looking for something reliable and functional, the Redmi 6 Pro is a good choice. Although, note that there are other more powerful options this time in the form the Asus Zenfone Max Pro M1 which runs on the Snapdragon 636 and has stock Android interface. It will ultimately come down to the availability, and considering the dollar-rupee fluctuations, the price is also likely to increase in a few months.

Xiaomi is on a roll this year. There's a new Mi phone almost every month and this time, not one, but three devices have landed up in India. It only goes on to show how serious the company is about India and you might just call it Xiaomi's homeland, at least as far as smartphones are concerned. The Xiaomi Redmi 6 Pro that launched alongside the Xiaomi Redmi 6 and the Xiaomi Redmi 6A seems to be an attempt at refreshing the budget segment by infusing the very features that made Xiaomi's mid-rangers sell like hot cakes. And then there's the notch. The Redmi 6 Pro that we received for review could very well be the Mi A2 Lite as the hardware is exactly the same, except that it runs on MIUI, not stock Android. Now, the budget segment is one of the most competitive areas when it comes to smartphones. Will a feature-packed phone be enough for Xiaomi to win it once again?

The Xiaomi Redmi 6 Pro looks identical to almost every other Redmi phone that has launched in the past year. The metal unibody design has been done to death, but it makes sense for this segment where durability is more important than a stunning glass design. However, there could've been variations in antenna lines and the camera placement and the likes, which would've meant a new arrangement of the innards. That'd have been costlier for the company. Nevertheless, the phone is built robustly and will take a few scratches and bumps. 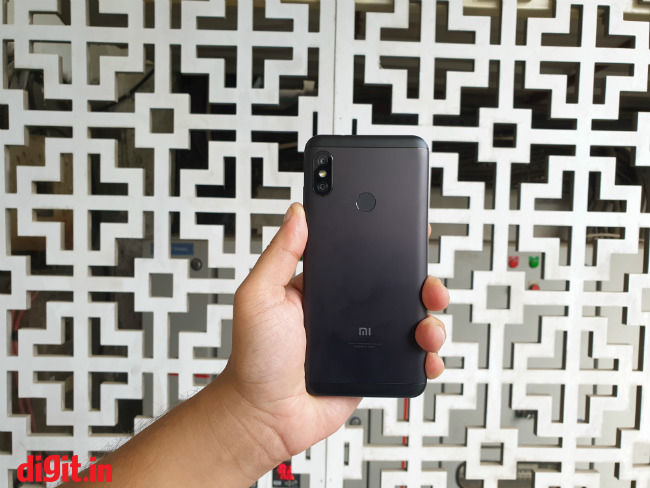 Up front, you have Xiaomi embracing the notch. There's a rather large chin at the bottom while the notch houses the front camera, proximity sensor and the earpiece. It's the same notched design we've seen in phones right from the flagship segment to now the budget segment, and even if you don't like it, you have little choice. The buttons on Redmi phones have been reported to fail a lot and in this one too, they are made of plastic and are a little wobbly. 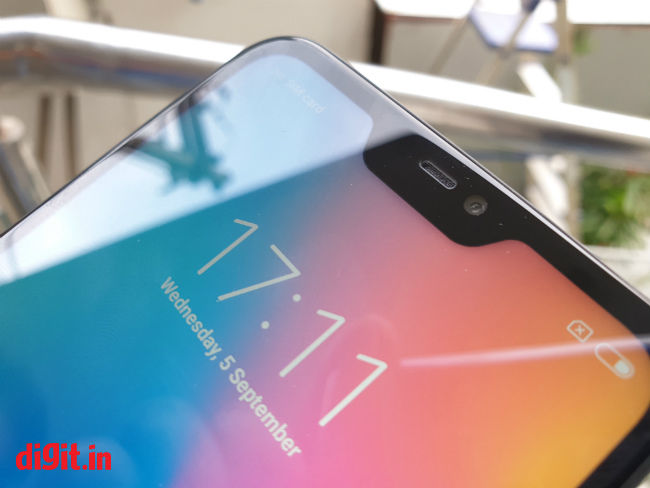 The Redmi 6 Pro is in no way the slimmest phone. A 4,000mAh battery is packed into a relatively compact body. It's quite hefty too, as a result, and that gives a good grip when you're holding the phone.

Overall, the Redmi 6 Pro is compact, functional and durable.

The Xiaomi Redmi 6 Pro touts a 5.84-inch display on top. It's an IPS LCD panel that the company likes to use in almost every mid-range offering. The aspect ratio is 19:9 because of the notch and the resolution is fullHD+. The screen is certainly rich and vibrant but as the ongoing debate will tell you, this smartphone can't stream HD content through Netflix and Amazon Prime Video as it doesn't meet the required Widevine L1 DRM standards. Because of the notch, the content will also be letter-boxed and you'll likely not be using the extra space the notch gives. The notch does help in making space for the status bar and the icons don't intrude into the space for content. 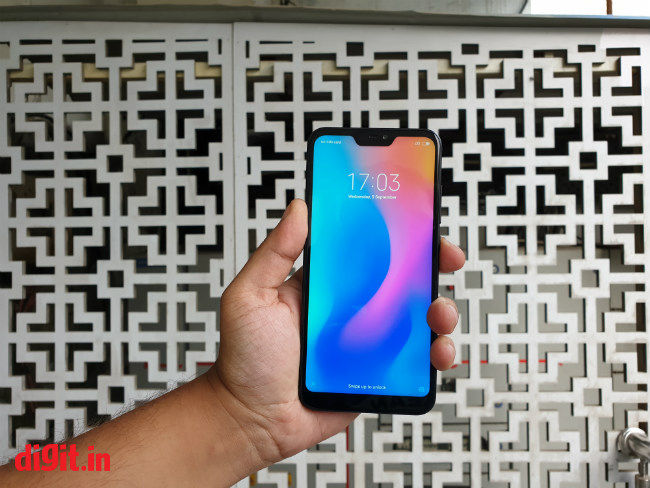 You get options to tweak the colour temperature, though I'll advise against that. There's also a blue light filter and the option to tap the screen to wake it up. It's especially useful if you don't want to stress the power button one too many times. The screen seems to be colour accurate, and videos on YouTube are enjoyable as long as you're okay with a smaller screen. It's a good phone to buy if you have long commutes via public transport.

The Xiaomi Redmi 6 Pro is powered by the Qualcomm Snapdragon 625 coupled with 3/4 GB RAM and 32/64GB onboard storage. The 14nm octa-core chipset has featured in many other Xiaomi devices including the Redmi Y2 and the Redmi Note 5 this year. There's nothing exciting about the chipset anymore, but it's certainly reliable. The SoC is known for its power efficiency which is ideal for a budget device.

As of writing this review, the benchmark apps were locked down under embargo, so we don't have the scores to compare the Redmi 6 Pro against the competition. But it's likely to be at par with other Snapdragon 625-powered smartphones.

In real-life, the phone is responsive and decently fast. You will have to wait for a few seconds to launch heavy apps and having too many in the background can slow the phone down a bit. I launched Instagram, Facebook, Chrome with 15 tabs, camera and PubG Mobile back to back, and there was a noticeable lag in loading the apps once again. Still, the thermals are kept more or less in check. The phone doesn't get very hot when stressed.

As for gaming, this isn't the ideal choice. The Snapdragon 625 uses an Adreno 506 GPU which now seems aged as compared to the newer 5-series GPU you get in the Snapdragon 636 and the Snapdragon 660 which are more optimised to handle heavy titles like PubG Mobile. On the Xiaomi Redmi 6 Pro, the game runs on low graphics and the gameplay gets a bit choppy after a while. 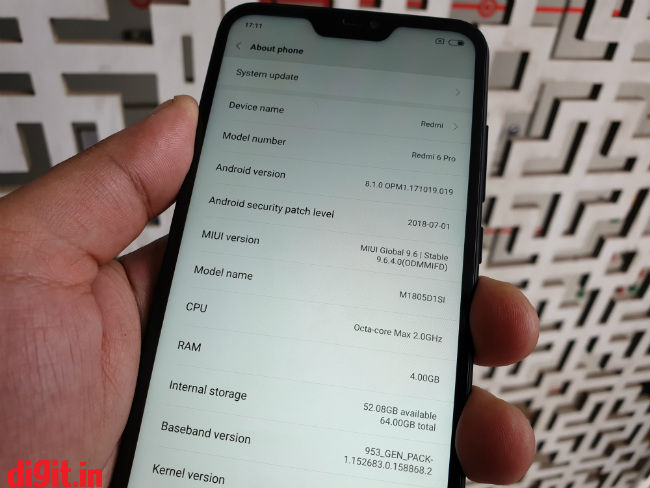 The Xiaomi Redmi 6 Pro uses Xiaomi's MIUI 9.6. The same phone is available with stock Android as the Mi A2 Lite in European markets. Xiaomi's UI is packed with features and takes heavy inspiration from Google's material design. There are card-based menus, and flat, square icons. You do have the option to change the theme and icons. The phone also supports gesture-based navigation which takes a bit of time to learn, and becomes muscle-memory after a point. There also some deeper system optimisation that Xiaomi claims to have done to make the UI feel more responsive.

Xiaomi promises an upgrade to MIUI 10 soon and an Android 9 Pie update as well later this year. Going by the company's record of pushing out updates though, I'd be skeptical.

The Xiaomi Redmi 6 Pro sports a dual camera unit at the back which juts out ever so slightly. There's a primary 12MP sensor with 1.25um pixel pitch and a f/2.2 aperture lens. Additionally, there’s also EIS for videos. That is combined with another 5MP sensor to capture depth information. Up front is a 5MP selfie camera with f/2.0 lens. 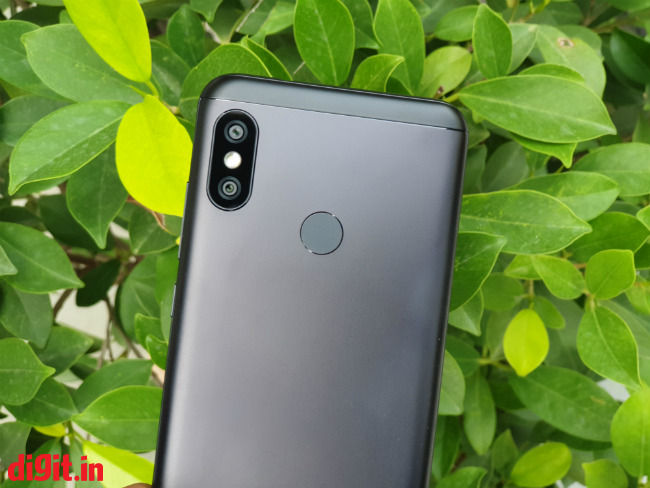 The camera performs decently well in its price range. In daytime, the photos come out fairly sharp and crisp. There isn't a noticeable shutter lag when you’re shooting in the day and the focus locks on fast enough thanks to PDAF. 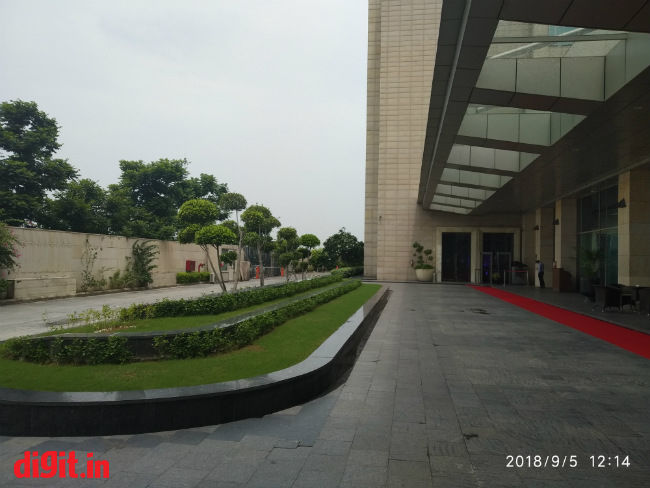 HDR isn't on by default, and for good reason. HDR shots take a good 1-1.5 seconds to capture, so if you're shooting a moving object, it's not a good idea.

Indoors, the camera takes sharp, oversaturated photos with high contrast. The results, for most, will be pleasing to the eyes. The camera does have a tendency to expose the source of light more than the rest, so the resulting image can be a little dark. 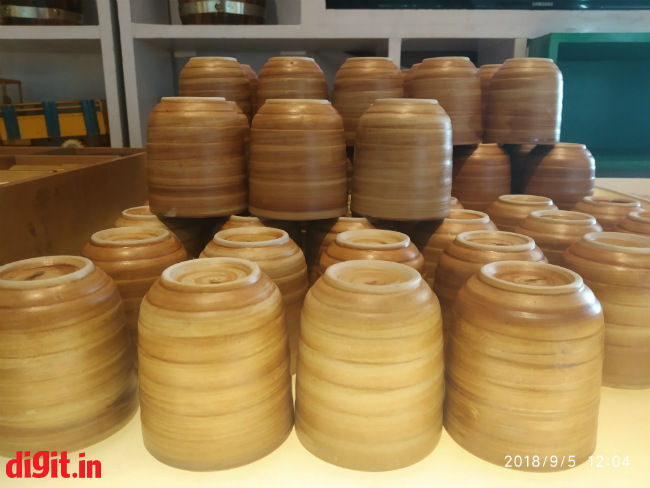 The Redmi 6 Pro struggles under low light. There's a noticeable shutter lag because it automatically switches to the Low-light mode. The shutter remains open for longer so you need to have steady hands as this doesn’t have OIS. There's also a lot of noise in the darker regions.

The portrait mode works decently enough. It's not as good as what we've seen in the Mi A2, but does the job well enough. The edges are blurred more or less consistently, although the bokeh itself looks forced and artificial sometimes. 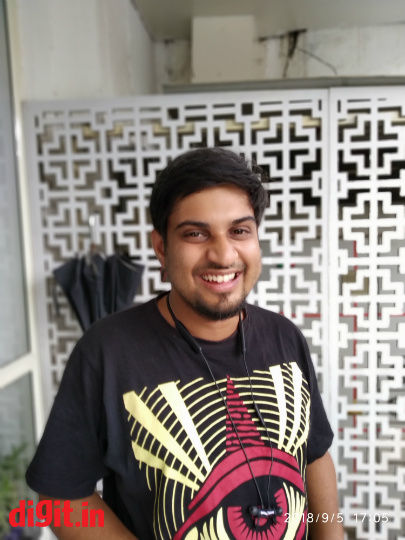 Selfies come out rich and vibrant. There's no pixel binning happening here like on the Redmi Y2, but the results are decent. It won't work well if there's a harsh backlight though. The resolution isn't as high either.

One of the highlights of the Redmi 6 Pro is the massive 4,000mAh battery that easily lasts over a day, if you use it moderately. While writing this review, I used the phone to browse social media, navigated via Google Maps, took photos, and played games. I still had around 25 percent left at the end of the day.

As mentioned above, we were prevented from running our tests as the benchmark apps were all locked down.

If you are an avid gamer though, you will have to plug the phone for charge by evening. Heavy titles like PubG drain the battery relatively faster. There's no Quick Charge support, so you'll need to keep it plugged in for around 1.5-2 hours.

The Redmi 6 Pro comes off a reliable and functional compact phone under a tight budget. At Rs 12,999, the phone will cannibalise Xiaomi's own Redmi 5 and the Redmi Note 5. To be fair, this seems to be more of the same hardware we've seen before from Xiaomi in this segment. There are other good options like the Realme 2 and the Asus Zenfone Max Pro M1. Only this time, there's a notch. Depending on where you stand, you'll either like it or hate it. But overall, the Redmi 6 Pro is something we'd easily recommend if you have a tight budget. Good luck buying one, though as this too will be offered in flash sales in the beginning.