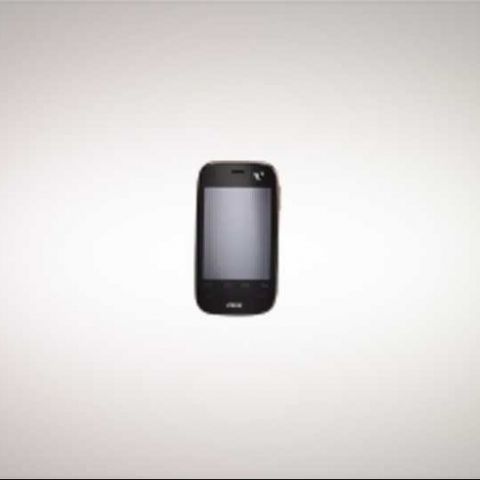 Overall, the ZEUS V7500 reveals itself to be a decent performer with good value for money. With the power of Android (Eclair ready), multi-touch screen and 3G, it makes a strong statement. At a price of Rs. 12,500, it makes a great buy, if we could overlook its weak camera and ordinary loudspeaker.

Videocon has finally made its presence felt in the 3G touch-screen mobile segment, with the release of ZEUS V7500. The ZEUS truly holds an edge in the battle of the touch-screen phones with eye-candy interface, which is well-complemented by the 3.2-inch capacitive touch-screen running at a decent resolution of 480 x 320. Social-networking widgets and special-function shortcuts (Bluetooth, Wi-Fi, GPS, device synchronization and display brightness) on the home screen provide a glimpse of Android's hidden potential.

Harnessing the power of Android, ZEUS unleashes the power of multi-touch input including support for drop-down & push-up menu, page transitions, display auto-rotate and a wide-array of Android integrated applications.

The Videocon ZEUS V7500 is sleek and stylish adhering to the delicate human body curve design and candy-bar form-factor. It incorporates a glossy black finish on the front panel and decorated with a chrome metallic finish along the contours of the body. The ZEUS is coated with chocolate-brown on the back panel, with a chrome metallic strip highlighting the camera lens and flash-LED. The two contrasting colours on the front & back-panel enhance the appeal and beauty of the smartphone.

[RELATED_ARTICLE]The lack of a hardware keypad is a sore-point, as the touch-screen scrolling feature is quite sluggish. We often found ourselves scratching the finger nails along the narrow margin on the right edge of the screen and the interface being stubbornly unresponsive. After a few iterations, we found that a gestured drag at the top or bottom of the screen would trigger the scroll bar to move on its own will. Depending on the force used with the drag, the speed of the scroll would be determined. For a novice user, this would be an appalling experience! We could hope that such an interface (Android 1.6) bug, would totally get eliminated with the advent of Android 2.1, better known as 'Eclair'. A little broader margin on the sides with the option of dragging the slider itself, would be a welcome relief to the Android fanatics and geeks alike. The ZEUS incorporates the volume rocker and camera button on one side and an USB/power port on the other. There is a 3.5mm audio jack and a power button on the top surface of the cellphone. The camera lens and flash-LED are visible on the top portion of the back-panel, with the chrome metallic strip separating the battery compartment from the camera. Sliding the battery cover downwards reveals one GSM/WCDMA SIM-slot and one microSD memory slot. Menu, home, internet and back buttons serve as special shortcut buttons at the bottom of the LCD screen. With all due credit, the ZEUS stands tall with its feature-rich configuration and decent performance. It stirs up a revving competition with the likes of LG's GT540 Optimus, Samsung's Galaxy 3 and Spice's Mi-300 in the price bracket.

Read on to know the performance, conclusion, ratings and performance test results in the next page...

[RELATED_ARTICLE]The Videocon ZEUS V7500 had a decent outing in the signal reception and call clarity test. The loudspeaker clarity was both choppy and yielded distorted vocal sounds during calls. However, the hands-free headset delivered stable performance with consistent voice clarity even at volumes higher than 75%, across all the zones. Device earpiece volumes delivered optimum sound levels for good audibility. The camera performance looked average and was far from impressive. The snapshots and videos showed evidence of grainy particles and blurriness particularly with distant objects. Although the display quality and video playback quality were the super-highlights of the product, we were impressed with the crisp and sharp images running at a decent frame-rate sans stuttering & distortion.

Overall, the ZEUS V7500 reveals itself to be a decent performer with good value for money. With the power of Android (Eclair ready), multi-touch screen and 3G, it makes a strong statement. At a price of Rs. 12,500, it makes a great buy, if we could overlook its weak camera and ordinary loudspeaker.