The Sony Xperia Z3+ is the same phone as the company's last flagship, but with inferior performance. It makes no sense for Xperia Z3 users to 'upgrade' to this and in the current market, it's got absolutely nothing that it offers over its competitors or even the mid-ranged flagships.

When the Snapdragon 810 is just one of the issues with your smartphone, you've got problems. I've kind of defeated the whole purpose of reading this review haven't I? Still, if you want to know how Sony is living in a world of its own, here's the Sony Xperia Z3+ review. 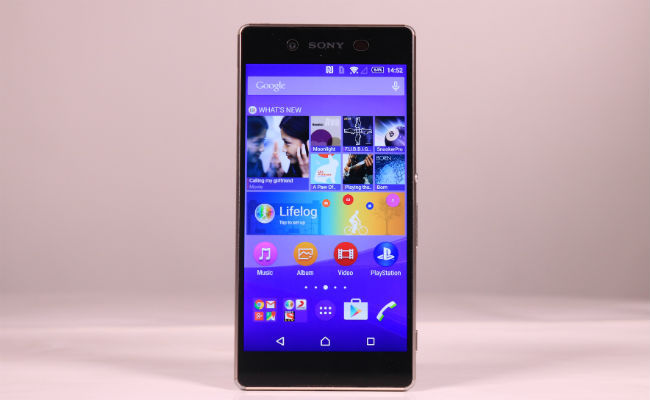 A day into the review, I was using this phone as my primary, when a colleague asked me, "Is this the Yu Yuphoria?"

I of course said no, but such 'oh snap' moments continued. Don't get me wrong, if you've liked Xperia designs till now, you'll like this one too, but no one can deny that it's the same. It's a good looking phone indeed, with the metal frame and the glass back. It is sturdier and more premium than the Yu Yuphoria, but you'll not get that by simply looking at it. 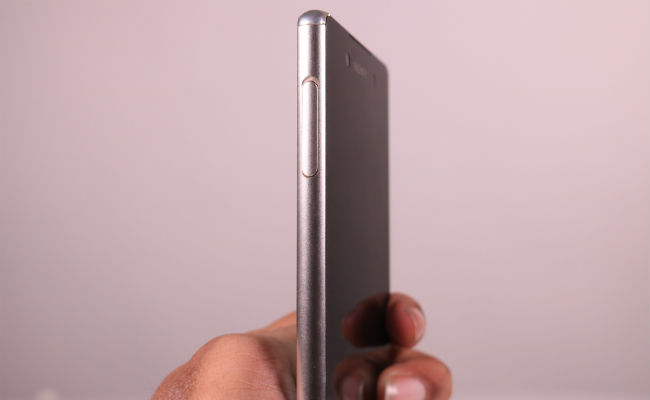 It looks like every other Xperia flagship till date. What's changed here from Sony's last flagship is that it has a rounded metal frame rather than the slightly flat profile on the Xperia Z3.

The minor changes in everything is perhaps the reason why Sony doesn't want to call this the Xperia Z4, except in Japan, where carrier requirements need the company to do so. Yes, the Xperia Z4 in Japan and Xperia Z3+ are the same devices. The Xperia Z3+ is slimmer than its predecessor, but the rounded sides make it feel thicker than that phone. It's lighter, yes, but good luck taking anyone's money with that lone change Sony. 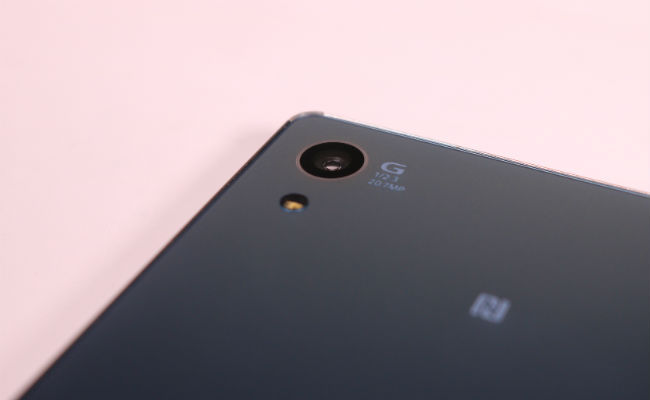 It's a very minor change, with glass on both sides, so you have more to break. Like every flagship, you will obviously be careful for a 50k+ phone but if we're talking build and design, it doesn't justify the 'most expensive Android flagship of the year' monicker.

The capless micro-USB port is a good innovation but again not one that justifies the price. This is especially because I still need to deal with flaps on the SIM and micro-SD slot. 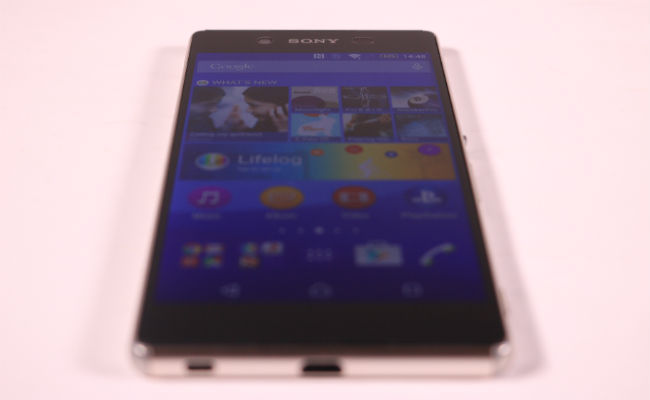 This might surprise you, but in a world of QHD smartphones, the display is still the strongest aspect of the Xperia Z3+. The lack of sharpness is not something everyone would mind and the colours are great.
Imagine the LG G4's display, but with a cooler tone. The best displays today are slightly warm, yes, but Sony still takes them head on with its FHD screen. It's just a bit biased towards the white end of the colour gamut, but definitely still likeable.
Take a look at this display comparison of 2015's flagships to get a better idea.

With Android Lollipop Sony's UI is closer to stock now than it ever was. You may or may not like that, but there are some irritating changes here. For one, the smart features just don't work well enough. They make sense at first, but I quickly lost interest. After setting the 'Music on the go' feature to play Rdio whenever headphones were connected, Sony's own player kept popping up, overruling the Rdio app each time I connected my headphones. 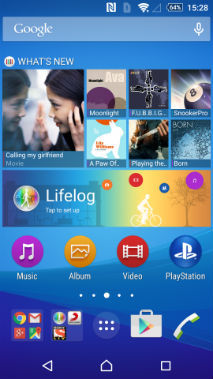 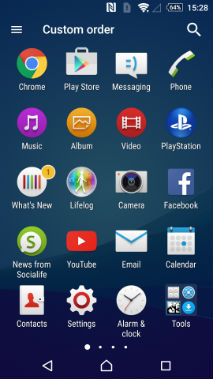 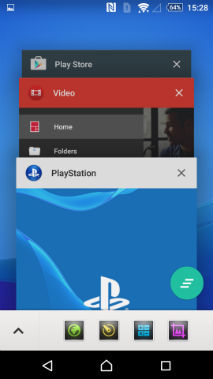 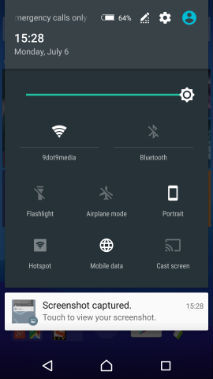 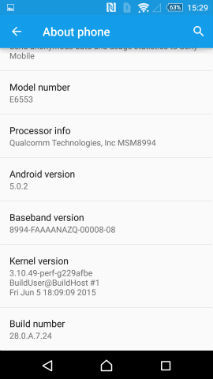 I turned off most of the features the UI offered and disabled or uninstalled the unnecessary bloatware like Sony LIV, Playstation app and others. Seriously, have they not learned anything from all the flak Samsung took for its bloatware!

Performance
We've been hearing about the Snapdragon 810's heating issues and after trying it first hand on the Xperia Z3+, I'm questioning every upcoming phone that has advertised this SoC. In fact, even as I write this review now on the LG G4, I'm certain LG's compromise was a choice the company didn't have to think twice about. The Xperia Z3+ would have been burning in my hands by now.

Every phone you buy today will heat up while playing games, but the Xperia Z3+ will heat up while doing everything else as well. Simple things like a lot of emails, calls etc. make this phone heat up, let alone features like 4k recording. Right after unboxing this phone we took the camera for a spin here at the lab, it was the shortest spin ever, since it started heating up in about 5 minutes.

On the first day of using this phone, I was in a meeting with the phone on vibrate and my Moto 360 connected to it. I was replying to emails and texts from the watch for about half an hour, without touching the phone. When I picked it up later, the Xperia Z3+ was shockingly hot. So basically the interactions over bluetooth are too much for the SoC to take.

In the graph above, you'll notice the low AnTuTu scores obtained from the Xperia Z3+. The scores really never goes past that value, which shows that Sony is aggressively throttling the SoC as soon as heavy activity is detected. The camera app will crash often and 4K video recording is practically impossible when the device has reached its peak temperature. Notice in the graph above, how the Geekbench score is considerably lower than competitors. This is because the Xperia Z3+ throttles fast and moves to its little cores for most of the activities or clocks down its big cores heavily to manage over heating.

The same happens while charging the phone. If you run a benchmark test right after charging the Sony Xperia Z3+, you'll see that the processor is massively throttled. All this is in air conditioned areas mind you, so you can imagine what the processor will be like in the Delhi heat. During the review period, when outdoors, the phone started heating up when you're choosing a contact from the list and is already a little hot when the call is connected.

Speaking of calls, the speaker on this phone is tucked away somewhere inside the body. While the sound quality isn't bad, you may find the call volume to be a bit low.

Coming back to the heat part, Sony mentioned at launch that it has tackled the heating issue through software. Needless to say it doesn't work. What Sony is doing is throttling the processor every chance it gets, and it's just not working. The phone shows lags in UI animations, apps like Chrome crashed a few times and using the camera at will was almost impossible because of random crashes.

Battery
Another claim Sony made when launching this phone was 'market leading' battery life. Now unless the company caters to a market where it exists alone, that's false. The LG G4 has dropped 15% battery in the half an hour I've spent writing this review, which is bad, but this phone still lasts me longer than the Xperia Z3+ did. I'm not saying that the G4 is a benchmark, just that the Xperia Z3+ is worse.

With no gaming, half an hour of web browsing and a bunch of calls and texts, I could get at best 6 hours of battery from the Xperia Z3+. It's not surprising given the state of the processor. So, I resolved to use the smart saving features of the UI. In doing so, I was dealing with a throttled processor, but the phone still lasted me 8.5 hours tops. It's not only bad, but a missed opportunity since good battery could have justified the lower resolution display.

Even if Sony expects people to use the smart saving modes and hence have a throttled processor, it's not worth it. For 56k, that's not something anyone's fine with.

Camera
Sony has made some changes in the camera algorithm, but it's still largely the same. The 20.7 MP snapper is good, just as good as it was last year. But there are many phones, both in the same range and below, that have surpassed it.

If you want to know the camera quality, I'll simply point you to the Xperia Z3 review.

What you must know about the Xperia Z3+ though is that the camera will shut down intermittently when you're shooting video, simply because the SoC is overheating too fast. In addition, the lack of optical image stabilisation in a flagship is a major let down. The Xperia Z3+ is no competitor for the LG G4 or Samsung Galaxy S6's camera because of these issues, even though the image quality is quite nice.

Rock Bottom
Being a long time Sony fan, it pains me and a lot of my colleagues here at Digit, to say that Sony has hit rock bottom with the Xperia Z3+. It's like our once favourite company is living in a world of it's own. It's ocassionally joined by HTC there, but the latter at least tried to make a different phone to make up for the One M9.

From the minute Sony announced the pricing at launch, we were disappointed. Essentially, the only thing that is new here is the processor. You know what that means? It means Sony is asking for Rs. 56k for the Xperia Z3 but with inferior performance. Yes, it is slimmer, but that's actually counter-productive for a phone that heats up so much. In fact, if you want to buy a Sony flagship, the Xperia Z3 is still the phone that you should go for.

It was suggested to me that this phone was launched simply to keep Sony's brand image up before the smartphone division is ultimately shut down. To be honest, despite the company's repeated claims that that's not going to happen, I have no better explanation myself for why Sony would launch this phone and charge this much for it. The Sony Xperia Z3+ brings a bunch of hollow claims and makes no sense in today's market.