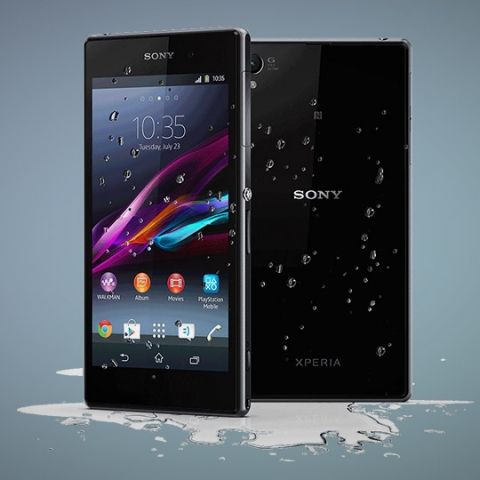 This is essentially the Xperia Z's form factor, with the power of the Xperia Z Ultra. Simply put, the successor to the Xperia Z is on paper the most powerful smartphone available in India. It carries on with almost the same design tone, the water and dust resistance capabilities, but improves on the display, battery life and to a certain extent, the camera as well. It does cost a lot of money, which may make the potential customer think about the investment.

The Sony Xperia Z1 is pretty much Sony telling its rivals that they will not be left behind in the flagship smartphone battle. In fact, it has pretty much taken over the smartphone spec sheets with the adoption of the Qualcomm Snapdragon 800 processors, which the likes of HTC haven’t, yet. And, yes, it also towers over its competition when it comes to price.

Build & Design: More of the same
We had said this when we reviewed the Xperia Z Ultra, and we will say this again - the Z1 carries forward the design theme that started with the Xperia Z. You have the slab-like design, with the glass at the back. The water and dust resistance ratings mean the ports and slots get the similar looking flap covers. It's still fairly slim, at just under 9mm, but the glass and the metal frame adds to the weight, tipping the scales at 170g.

This is still a pretty big phone. Sony now has settled on a design accent, that seems to be consistent across all new Xperia flagships.

Up front is the 5-inch display, but nothing else to distract you because the usual touch sensitive controls are integrated into the UI itself. The left side spine of the Z1 has the dock connector and the covered slots for the memory card and the micro USB port for charging. There is the dock connector as well. The right side spine has the SIM card slot, with the helpful tray to slot it in. And also the volume rocker, the shutter button and the attention grabbing power key. Speaking of the dock for a second, you might consider getting one, if you believe that opening and closing the charging port flap on a daily basis will do it no good. Also, if you are taking this phone in the pool with you, and your earphones are water-proof, the Z1 will have absolutely no issues - the 3.5mm headphone jack is also waterproof internally.

The water and dust resistance ratings continue as is. The flaps protect the water from seeping in. Even the 3.5mm headphone jack, which doesn't have a flap cover, is internally sealed away.

While the dimensions of the Z1 are much more in control when compared to the Z Ultra, the phone still retains the slippery nature of its predecessors, thanks to the glass at the back. It's interesting to note that the Z1 has a slightly bigger  footprint than the Xperia Z, but that can be attributed to Sony packing in a bigger battery and the better camera hardware. But, because it is slippery and doesn’t grip very well, you will need to hold this carefully when attempting to use it with the same hand.

While such a design has its issues, there is no doubt that the straight lines and flat surfaces on the Xperia Z1 look stunning and very different from what the other flagships offer. The phone is built well, no disappointments in the terms of how it has been put together and the quality of materials used. But surely, the entire package could have been designed in a way so that it was also easier (and safer) to hold.

Display: Building on the good stuff
The Xperia Z was one of the first phones to sport a Full HD display, and the Z1 builds on that. The Triluminos technology makes this display a very good one to watch movies on, because the colours are much more vibrant and the details have improved as well. Not surprisingly, text rendering has seen an improvement as well, which is something we are very thankful about. The X-Reality engine boosts colour and sharpness, and while it does slightly increase the battery consumption, we found that it does make a huge difference while browsing through pictures.

The video playback experience on the Xperia Z1 is miles ahead of the Xperia Z, with the Triluminos technology ensuring that the colours are a lot richer now.

But for a natively bright display, the reflective glass above the screen does sort of complicate matters. Visibility in sunlight will be compromised if you don’t have the auto-brightness setting turned on, and even group viewing of a picture will not be ideal, because the people sitting at the sides will be treated to reflections most of the time.

Performance: Blazing fast
After spending ages lagging behind, it is good to see Sony finally giving importance to the specs powering their phones, with the Xperia Z1 packing in the Qualcomm Snapdragon 800 processor and 2GB of RAM. The Xperia Z Ultra has the same specs, and was comfortably ahead of the likes of the HTC One and the Samsung Galaxy S4 in the benchmark test scores. The Z1 Ultra’s performance, therefore, isn’t surprising.

The specs translate brilliantly into the real world usage performance scenario, with apps opening instantaneously, and the background app load not bothering us one bit. As a primary smartphone, its interesting to note that the Z1 never felt sluggish, something that even the HTC One could not completely claim because every once in a blue moon, it also had that moment of sluggishness craving for a restart. Tap on the Real Racing app on both phones at the same time, the Z Ultra wins the race by a couple of seconds. Even within the app, race loading times are lesser. All in all, be it serious work or some fun gaming, the Z Ultra handles both with such comfort that it borders on arrogance.

However, for a phone that packs in so much power, there is the inevitable heating issue. Use the camera to take around 10-12 shots, or the web browser for 5 minutes and the back heats up considerably, particularly just above the Sony logo and slightly to the left of it. For anyone considering packing this inside a case or a skin, that really wouldn’t be the best idea. Also, the Z Ultra did not heat up this much, under the same usage pattern, just for reference’s sake.

Battery life from the massive 3000mAh pack is quite good. With the Stamina Mode turned on, this one lasted me from 8am full charge one day till 3:30pm the next day, as a primary phone with calls, mails, messages and IM. Throughout, the brightness was set at around 40%. Stamina Mode allows you to set which applications can use the data connectivity when the phone is in stand-by mode. For example, if I only want the Gmail client and Facebook to refresh and not have the other apps doing the rigmarole, it allows for that.

Camera: Has its good points
Using the camera on the Xperia Z1 is a rather simple experience, pretty much the traditional methods of either accessing it via the icon on-screen, or long pressing the shutter button. The UI, once you open the camera, is pretty similar to the Xperia flagships of the recent past - three buttons on top, from where you can select the settings for the camera and which mode you want to shoot in. In addition to the plethora of auto modes, the manual mode offers some sense of flexibility to serious photographers. Without doubt, the Superior Auto mode will be the most commonly used , but this does come with a rather serious drawback - the aspect ratio is locked to 16:9 and the maximum image resolution is set at 8 megapixels. We looked everywhere for an option to change the resolution back to 20 megapixels, but no luck. The only way to get maximum resolution out of the Xperia Z1 is by switching the shooting mode to Manual, something many users may not be comfortable with. This pretty much does away with the “take out of the pocket and shoot” experience, for someone who is paying for the 20MP goodness.

The manual mode continues with the confusion, because it does not let you set the aperture or shutter-speed. What you can tweak are the white balance settings, exposure compensation and the ISO. You can tap to focus, and also tap to shoot, and the menu options provide for the flexibility of either/or, or even both.

The Sony Xperia Z1, when shooting at 8 megapixels, in Superior Auto mode, tends to capture far less details and the overall image quality suffers when compared to the 20 megapixel counterpart. We believe this is because the Z1 is capturing the image at a full 20 megapixel, but then proceeds to down-sample it to 8 megapixels, which has a negative impact on the detailing.

You can read the detailed camera comparison between the Sony Xperia Z1, the Nokia Lumia 920, the Apple iPhone 5 and the HTC One, here.

You can view all the test shots below: 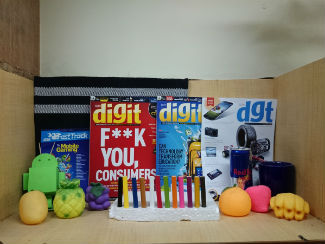 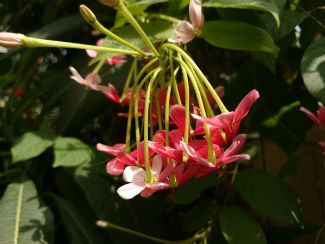 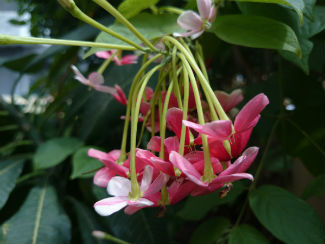 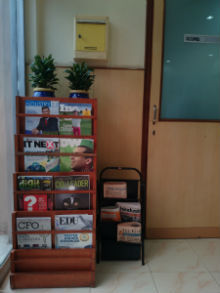 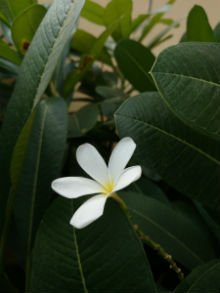 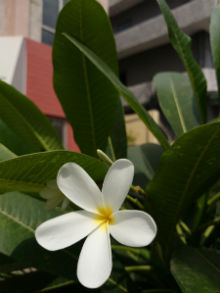 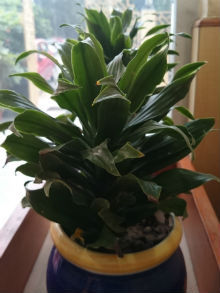 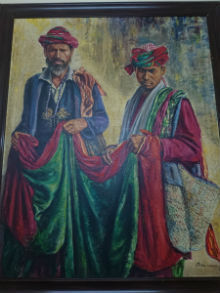 To buy or not to buy: A flagship that’ll show the way for the next wave
Clearly, spending so much money on a smartphone is no easy decision. But, when one has to be made, it just needs to be the smartest one possible. Today, the Xperia Z1 is the sensible choice, if this is what your budget allows. You can consider the HTC One and the Galaxy S4, but for the fans of pure performance, the Z1 is the most attractive proposition. With a screen this big, there will always be issues with the single hand operations and the form factor footprint. But, we're happy to note that the experience is enhanced by the better display and a camera that is fairly competent.