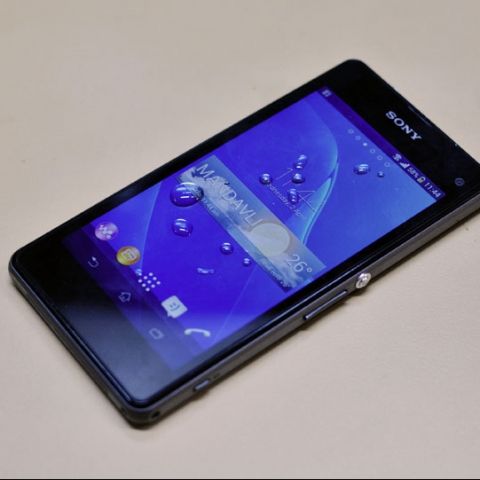 We have mentioned this in the past and we are not tired of saying it again. Sony has been doing a great job in the mobile division. While the Xperia Z1 was an amazing smartphone, Sony made it even better by making it smaller without compromising on the performance and hardware. With 20.7MP camera, waterproof technology, and one of the fastest mobile processors onboard, the Z1 Compact seems like a beast packed in a nice small package.

Sony has literally shrunk the Xperia Z1 to make the Xperia Z1 Compact, although the latter is 1mm thicker. The smartphone has the similar glass back, which is a fingerprint magnet and is prone to scratches and scuffs unlike the front glass panel which is shatter-proof and scratch resistant.  The 4.3 inch display has a 720x1280 pixels resolution (Unlike the 1080p on the Xperia Z1) and is really crisp with a pixel density of 342ppi. It offers decent viewing angles, if not the best and Sony claims that it is slightly better than the one on the Xperia Z1. Above the display, there are the usual proximity and light sensors and the 2MP front camera . 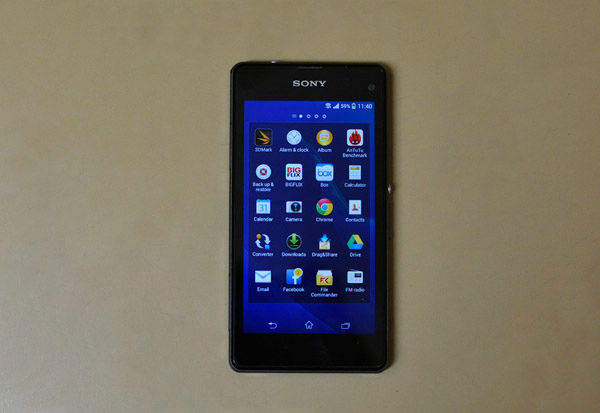 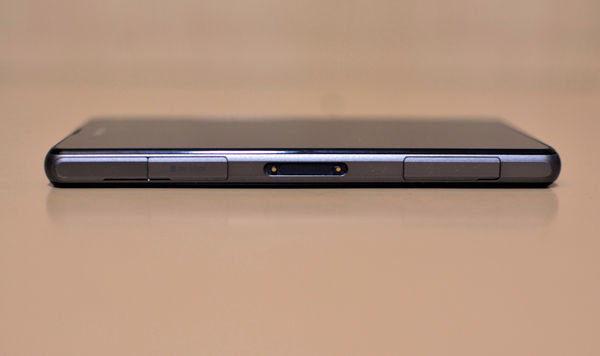 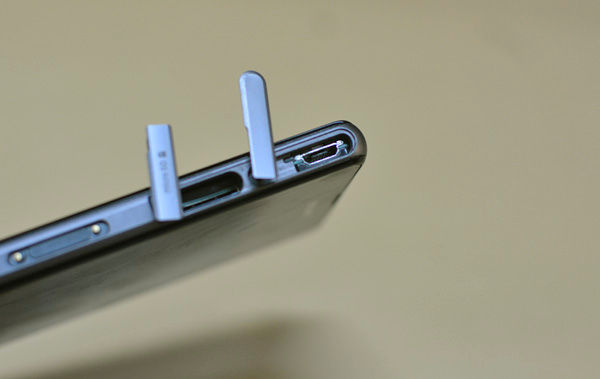 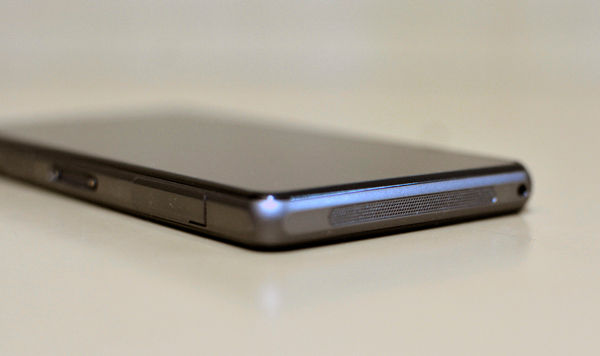 The Z1 Compact has a metal frame on the edges just like the Xperia Z1, which seems like a chassis for the smartphone. The left side has the microUSB port, the microSD card slot and the microSIM slot all covered by plastic flaps for protection against water. The left side also has the Sony’s proprietary magnetic charging port which acts a dock connector as well. 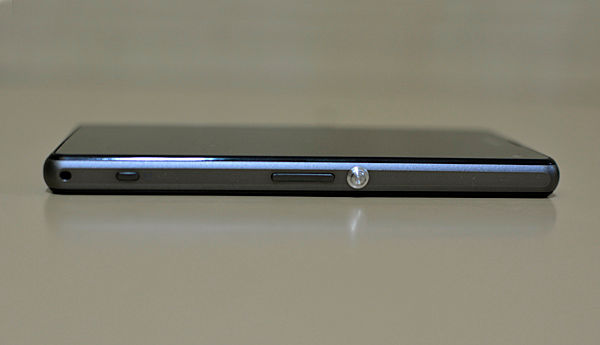 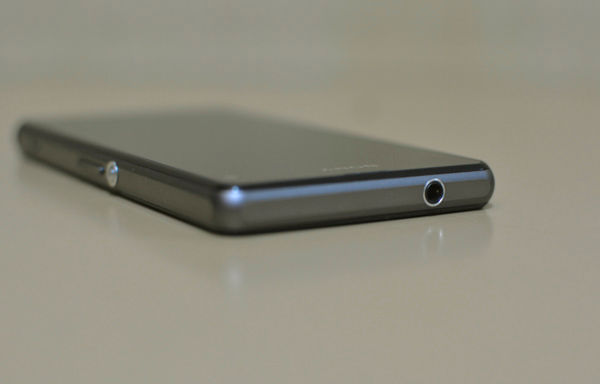 The right side has the nice and round power/sleep button which we have been seeing on a lot of recent Xperia devices. Below the power button we have the volume rocker keys and a small camera shutter release. Right below on the corner there is a hole to attach a lanyard strap. The top has the 3.5mm audio jack which is said to be waterproof just like the one on the Xperia Z1. The bottom has the speaker grill which seems quite large, but don’t go by its size. The volume on the loudspeaker is a bit disappointing mainly due to the fact that Sony has made it waterproof. 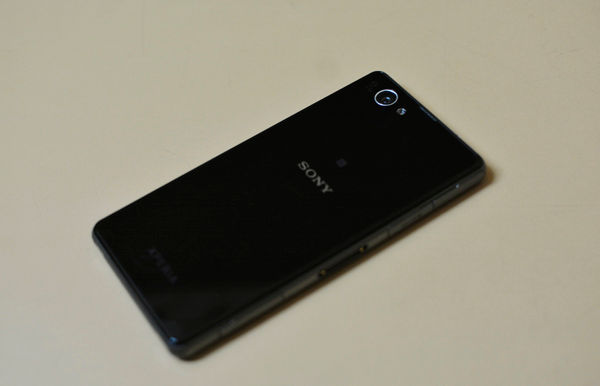 The glass-back features the 20.7MP camera with an LED flash and a small tag in the center which points out the fact it has NFC.

Sony’s approach towards designing their smartphones has been improving year after year. The Z1 Compact offers the perfect size, dimensions and weight and feels perfectly good in the hand. The two major concerns about the smartphone that we felt were the glass back and the flaps that protect the slots and ports from water. The back is definitely a fingerprint magnet and not scratch proof either, so one has to be extra careful. The flaps to protect the device from water are made out of plastic and after some wear and tear, there is a possibility that they become loose or even come off.

We admit that Sony’s Timescape UI was a bit boring, but to be honest, it has started growing on us. The Xperia Z1 Compact runs on Android 4.3 (will soon get 4.4.2) and has the same look and features that we saw on its elder brother. Sony recently announced that they are updating their Xperia themes catalogue, which is a pleasant improvement and a fresh change for the UI. 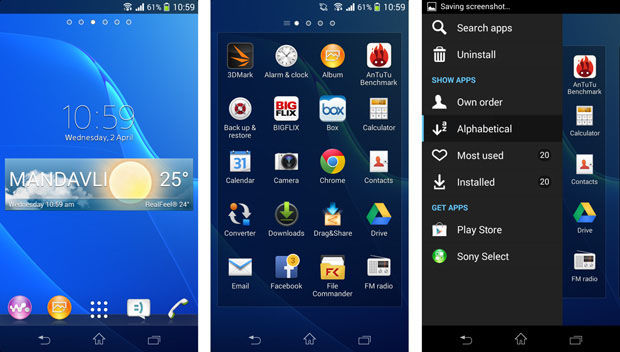 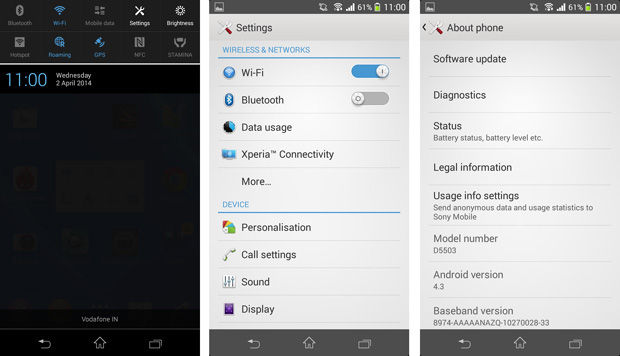 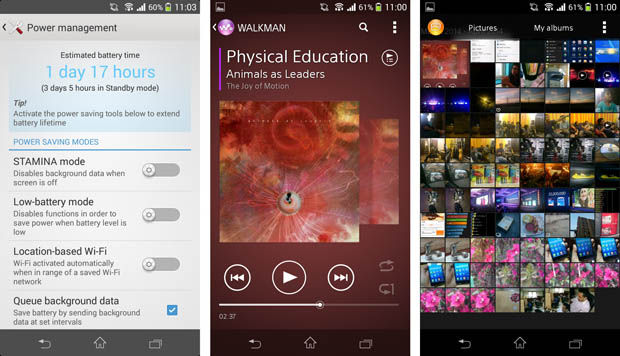 Apart from the basic apps, Sony has preloaded the Z1 Compact with a bunch of proprietary apps like Sony LIV, Sony Music, Sony Select, Xperia Lounge and a good looking and useful social media and news aggregator called Socialife. The smartphone has a battery saver mode wherein you can activate certain modes which shut down various apps and features to radically improve the battery life. The overall experience with the UI is excellent as everything works well and it isn’t complicated, not even for a non-Android user. There is a slight scope of improvement, but we expect Sony to bring some more magic with the upcoming KitKat update.

In the performance department, the Z1 Compact is way better than most of the Android flagship smartphones. In the benchmark tests it humiliated the Nexus 5 and proved to be slightly better than its elder brother. Check out the scores below: 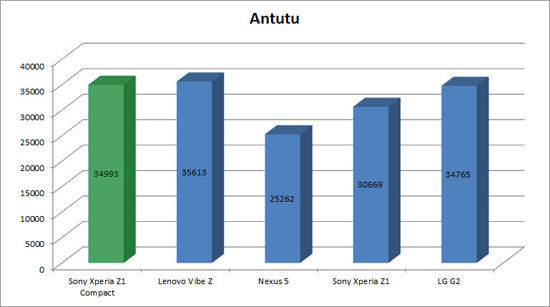 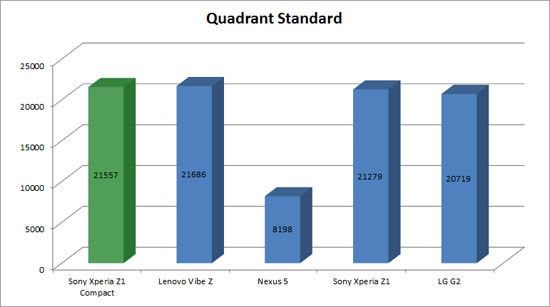 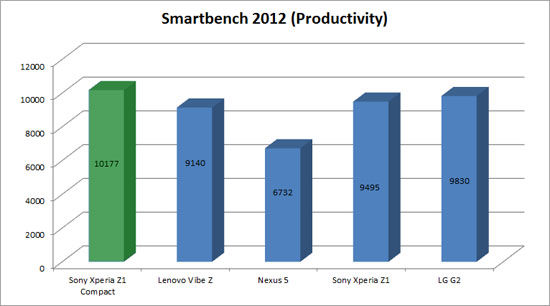 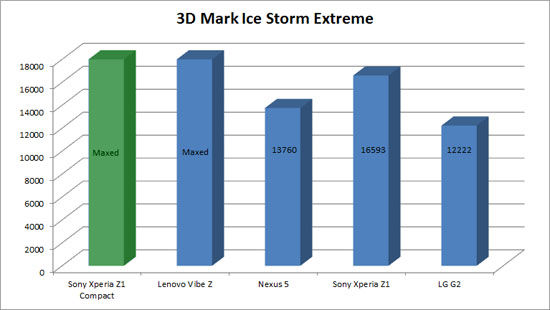 If you love gaming then the Z1 Compact will not disappoint. Packed with a Snapdragon 800 chipset with 2GB of RAM and Adreno 330 GPU, the smartphone handles every game effortlessly, be it high-end or basic games. We didn’t notice any issues, lags or hesitation in gameplay or video playback for that matter. Power hungry games like Asphalt 8, FIFA 14 and Dead Trigger 2 were a piece of cake for the Z1 Compact.

One small issue that we did see was the loudspeaker. Sony is known to produce some great audio equipment and had a pedigree of producing some quality smartphones with great audio. Due to the nano-coating for protection against water, the speakers are a bit low on volume. The quality is essentially good, but we wish that we could have a bit more punch to the sound.

Sony has crammed in the 1/2.3 inch 20.7 MP Exmor RS image sensor along with Sony’s G Lens and a BIONZ for mobile image-processing engine in the Z1 Compact. Images produced are sharp and vibrant and quite frankly are as good, and in some cases, better than what we saw on the Xperia Z1.

In well-lit conditions, the camera is pretty fast and captures some of the best shots we have seen on a smartphone camera. The colors are accurate, the auto white balance adds the correct amount of blues and yellows and the auto-focus is so quick that it can bring shame to some high-end point and shoot cameras.

In low-light the camera does function a bit slow but nonetheless the results turned out to be actually good. If you know how to control exposure settings and have a steady hand, then you can definitely produce some good and usable pictures with this phone even when there isn’t sufficient light. The noise reduction algorithms work well, but obviously this is not a DSLR, so don’t expect to get a lot of details when shooting in low light. In our opinion the camera on the Z1 Compact is as good as the camera modules on the high-end Nokia Lumia devices.

The camera interface is simple and has all the basic features and settings. There are different modes which you can play around with, including Superior auto, Manual, Info-eye, Social live, Timeshift burst, AR effect, Picture effect, Sweep Panorama and more modes, and apps which can be added from the Play Store. The Superior auto mode is the fastest and the best mode if you are an amateur. If you take photography seriously, you can control some of your exposure settings in the manual mode. The Info-eye mode adds and gives various information using your location. Social-live lets you capture a moment and directly post it to your social media network. The Timeshift burst is a great feature as it activates a super burst mode which capture about 30 frames as soon as you take a picture. You can then choose the perfect frame and save it to the gallery. The AR effect or augmented reality is another fun mode which adds a graphical environment to your frame and you make your picture look unrealistic. Picture effect lets you add various filters and effects to your picture. The Sweep Panorama as the name suggests, is the panorama mode.

We took some shots with the camera and here are the camera sample images. (Click to enlarge)

In the video department the camera is capable of shooting full HD videos. The video quality is sharp, focusing doesn’t take time and is very precise. Audio recording in the videos is crisp and is quite good for a smartphone.

Compared to other mini devices, the Z1 Compact is the undisputed champion. If you want a flagship smartphone and don’t fancy a large display, then the Xperia Z1 Compact is a strong recommendation from us. Running on one of the fastest and most stable mobile processors, coupled with an excellent 20.7MP camera and a nice elegant design, the device is one of the finest smartphones that we have tested. We would have liked a better back panel rather than glass finish, but to be honest it isn’t really a deal breaker.