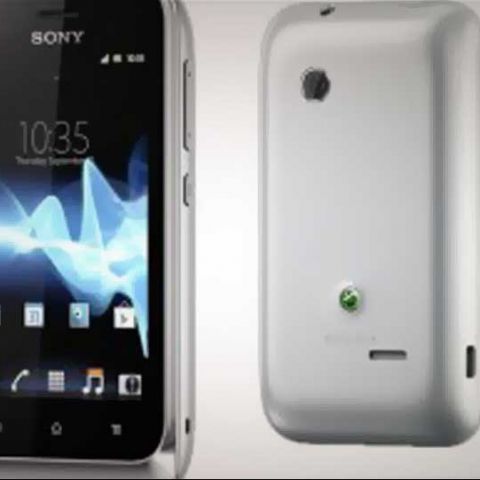 From what we have seen, the Sony Xperia Tipo will appeal to the demographic that are brand conscious. Android ICS out of the box, and is targeted at someone who has fairly basic smartphone usage patterns. If you aren't too brand conscious, there are more powerful options out there, with bigger displays as well.

The Tipo is essentially the baby smartphone in the Sony Xperia range of devices. In India, this is the first entry-level Xperia smartphone. In a price segment where smartphones clearly look, feel and perform with the “budget” aspect in mind, the Tipo isn’t being held back by that.

Straight out of the box, your attention is inevitably drawn to two aspects of the Tipo – the tiny form factor and the surprisingly good finish. Up front, the 3.2-inch display does look rather small. Or maybe all the big display phones we have been testing all this while have spoiled us! The black bezel wraps around the display, with three touch sensitive keys – return, home and options. Where the bezel finishes is where the plastic colour body starts, and runs all around the sides and the back. Also read, First Impressions: Sony Xperia Tipo

The left spine has the micro-USB port, while the right spine has the volume rocker. The top and the bottom sides are curved, with the power key on the top. Flip the phone over, and the completely clean battery panel is a rather rare sight! The camera is towards the top left, while the rest has an absolutely matte plain white coloured finish. The speaker sits just below the XPERIA logo.

What we did not like is the battery opening mechanism. After the premium and easy to use mechanism used on the Xperia U, the Xperia S and the Xperia P, this one does feel rather cheap.

Apart from that one niggle, this phone does have a very upmarket feel to it. The build quality is brilliant, something that thoroughly surprised us. The small display size means this phone is comfortably pocketable. It is slightly on the thicker size, but feels very light even with the battery deployed.

This is a pretty unassuming smartphone on the spec sheet – single core 800MHz processor, 512MB RAM, 3.2-inch display and 2.5GB internal storage with a microSD card slot. Very basic specs, and even some phones like the Huawei Ascend G300 have more powerful processors and more RAM. However, we not judge the Xperia Tipo till the time we actually describe the performance of the device as a whole.

The 3.2-inch display has a resolution of 480 x 320 pixels. It has its good things and the bad points equally. The size makes sure that the phone remains easy to hold and pocket, in case you don’t find big screen displays comfortable. Straightaway, we like the brightness and the colour handling on this display. It looks like it has life in it, unlike displays on most budget smartphones that look completely lifeless. However, text crispness isn’t the most optimum, and reading text is not going to be fun.

Even the app icon labels have a lot of noise around them, if you look closely, and that pretty much tells the story. Very surprisingly, the on-screen keypad isn’t as cramped as one would expect. The keys are thinner than what the optimum size would have been, but there is still enough gap between them ensuring that if you type carefully, there shouldn’t be a problem. Vertically also, this keyboard is nicely laid out, and is slightly longer than most ones, probably to compensate for the lack of width.

Most of the times, the response is smooth, but typing detection will see a change for the worse if there are a lot of apps open in the background. However, there are those seconds every once in a while when the touch tends to become inconsistent. For example, when swiping through the apps list, you may suddenly find that an app has been selected and opened, even though you were just swiping across it.

Not surprisingly, the Xperia Tipo also comes with the same Timescape UI that we have seen on the more expensive siblings. The only difference being that it is being replicated on a smaller display. But nothing is lost in terms of the variety of widgets as well as the functionality.

The Xperia Tipo comes with Andorid ICS preloaded, and that is the best part of this budget phone. The experience is not being compromised, and neither are you left waiting for an update to come soon.

As the spec sheet suggested, the performance of the Xperia Tipo is very basic. Having said that, we need to specify that within its boundaries, it does brilliantly well. If you are opening a maximum of 3 basic apps (social networking, Whatsapp and IM – the likes) at the same time, you will not face any slowdowns. However, any more and there will be a serious performance dip that will impact app opening times as well as even the UI. Interestingly, Timescape doesn’t slow down the performance, and will not feel sluggish. This is quite the opposite of what the Sense UI does on budget HTC phones. Full marks to Sony for optimizing the UI rather well.

The battery life on the Xperia Tipo is quite good, mostly because the 1500mAh battery doesn’t have a huge display to lighten up! Under standard usage scenario like a primary smartphone, this one lasts just more than a day and a half. This was with 3G connected throughout, constant social networking, mails and IM sync and a generous dose of voice calls.

From what we have seen, the Sony Xperia Tipo will appeal to the demographic that are brand conscious. Android ICS out of the box, and is targeted at someone who has fairly basic smartphone usage patterns. The build quality is surprisingly good, which does say a lot for a budget smartphone. If you aren’t too brand conscious, there are more powerful options out there, with bigger displays as well. But if this one appeals to you, we would suggest you go right ahead and buy this.

Check out our video review of the Sony Xperia Tipo below.