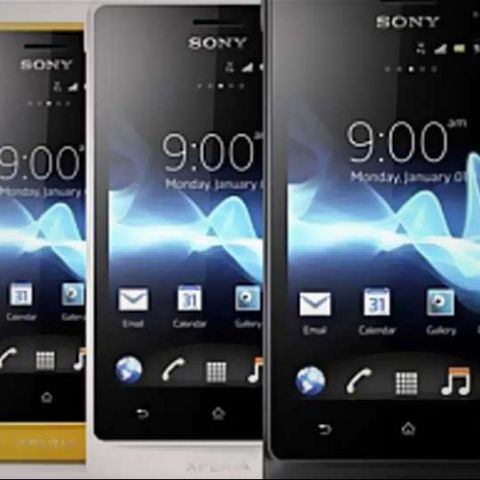 The Sony Xperia Go is a device whose performance is louder than its appearance. At its price, the Xperia Go faces off against the HTC One V, and takes the cake in terms of performance. The only downside is that the Go runs on Android 2.3 out of the box and the solace is that it will receive the ICS update in the near future.

Rugged phones have been around for quite some time but have been quite gimmicky in their “rugged” utility. In focusing on the rugged aspect of the smartphone, these devices have given up on some essential features such as utility, comfort and power under the hood.

Today we have yet another rugged phone from Sony’s stable. Does it define the future or rugged smartphones or are you better off aspiring for the flagship smartphones from the big guns?

Design and Build
Straight out of the box, the Sony Xperia Go has a rugged feel to it. The device is really slim at 9.8mm thin and really light too weighing a mere 110 grams. It is lighter than the HTC One V (read our review) and the Motorola Atrix 2 (read our review) that weigh 115 grams and 147 grams respectively.

On the face of the Sony Xperia Go is the 3.5-inch display with a resolution of 480x320 pixels. Even though the resolution of the display seems a bit less, it is enough to get the job done as the LED display is quite crisp to use in day to day activities.

Below the display rest the standard three touch sensitive buttons – back, home and menu.

In terms of connectivity, the Sony Xperia Go has the on/off/sleep/wake button at the top. The microUSB port rests on the right of the device and the headphones jack rests on the left. The best part is that these ports are well covered by rubber flaps sealing them from dust and external hazards. Even though it is nice that the ports are covered, they are rubber finish that acts as a cover is inconvenient to remove each time. The right of the device also houses the volume rocker. There is no dedicated camera button on the device and this is missed.

The Xperia Go compromises on a front facing camera but has a rear 5MP snapper with an LED flash.

The true rugged durability of the Sony Xperia Go is visible when you rip out the rear cover. The battery is concealed and not accessible by the user, which is a tradeoff for the rugged design. Even the SIM card slot and the memory card slot are hidden under rubber flaps to keep them secure. The rear of the device feels plastic and a bit flimsy but is made of polycarbonate, which is quite sturdy.

All in all, the Xperia Go has a candy bar form factor and the design isn’t stellar enough to turn heads. But that's the price you pay for a rugged build. The phone is capable of surviving quite a few drops and bumps.

Overall, from a utility perspective, the Sony Xperia Go is very nice. It is light, compact and easy to carry. We used the device in light rain too and it ran perfectly well. The phone my not be gorgeous to look at, but the design is ergonomically sound.

Features and Specifications
Under the hood is where the device shows some great potential. The Sony Xperia Go has a 1GHz dual-core processor with the Mali 400 GPU but has an underwhelming 512MB of RAM. It also runs on the older gen Android 2.3 Gingerbread but Sony says that the device will be upgradable to ICS in the near future. The device also sports Bluetooth 3.0, Wi-Fi, and HSDPA speeds of up to 14.4Mbps.

The screen of the device is scratch resistant and also shows off the Sony Mobile Bravia engine, which enhances the performance of the display. In terms of storage, the device has 8GB internal of which 4GB is available to the user. You can use a microSD card to expand the storage up to 32GB.

Rubberised back gives the device a good grip.

For its price, the hardware under the hood seems to be really good especially if you consider the competition – the HTC One V that has a single core 1GHz processor, Adreno 205 GPU with 512MB of RAM.

As mentioned earlier, the device runs Android 2.3 Gingerbread, which is a bit of a disappointment, but the solace is that the 4.0 ICS update for the device is underway. Just like the plethora of Android devices available in the market today, the Sony Xperia Go comes with its own custom skin on top of the OS. This skin isn’t the best but it isn’t bad either. If you are one who is used to the TouchWiz UI of Samsung devices or are one who likes the HTC Sense UI, you may find the Sony skin to be a bit lackluster and simple.

Slide to unlock, 5 customizable home screens and a simple listing of apps are all here. One really nice feature of the Sony skin is Timescape. Log in with your Facebook and Twitter accounts and you can see all your social networking feeds under one roof. The interface of Timescape is simple and easy to use and removes the need for a third party social feed aggregating app.

The battery is concealed adding to the weather proof nature of the device.

The Sony Xperia Go also comes preloaded with a bunch of apps such as Music Unlimited (which is unfortunately not available for use in India), miCoach fitness app which is great considering Adidas is turning their fitness franchise into a game that syncs with the app, walk meter and wisepilot. If the onboard apps don't impress you, you have access to the Google Play store giving you access to a plethora of apps as usual.

Performance
Before we get down to the real world performance of the device, here’s a quick look at how the Sony Xperia Go compares to other phones in the same price bracket in the benchmark performance. Here, we have compared it to the HTC One V priced at Rs. 18,299 and the Motorola Atrix 2 priced at Rs. 22,000

From the above graphs it is clear that the dual-core processor under the hood of the Xperia Go gives it the edge in terms of raw performance. Overall, the Xperia Go outshines the HTC One v by a mile but falls a bit short when compared to the Motorola Atrix 2.

One thing that we must say is that the interface of the Xperia Go is very smooth. The lag is very minimal considering the fact that the memory is just 512MB.

Casual gaming on the Sony Xperia Go is quite smooth. The likes of Angry Birds and Temple Run loaded fast and ran without any hiccups. The power under the hood of the phone is good enough even to run some of the more graphically challenging games.

The call quality of the Sony Xperia Go is quite good. The earpiece on the device is good as well, and on full volume the ear piece does a good job even in a crowded place. The built-in speaker is good enough for audibility in a small-ish room, but any more noisy than that and it will get drowned out.

A special mention needs to be made about the Xperia Go’s display. We ran a bunch of MP4 videos on the device and they not only ran smoothly, but the colours were crisp, vibrant and the viewing angles were better than other phones in the same price bracket.

The ports are concealed under rubber covers to make them weather proof.

The one thing about the Sony Xperia Go that was underwhelming was the performance of the keyboard. It felt very cramped on the 3.5-inch screen. The predictive text is helpful in rectifying some of the typing errors but there are better keyboard layouts out there and Sony can take a leaf from HTC’s or Samsung’s cap to improve the typing experience on their device.

The web browsing experience on the Xperia Go is average. The browser loaded the websites fast enough but the size of the display is too small to enjoy a text heavy website.

The camera on the device is true to Sony’s reputation, which is to say that it is good. We took a bunch of images and the outcome was good. The flash too does a great job of taking pictures in low light conditions. This is definitely the device you want if you want to spontaneously capture those special moments.

Battery life from the 1,305 mAh battery isn’t the best, but it doesn't shatter our expectations either. With average use, the device will last you for one day - one and a half if you use it a bit conservatively. If you would like to use the device to its maximum potential, there is a power saving option available in the settings too.

Bottom Line
The Sony Xperia Go is a device whose performance is louder than its appearance. It looks fairly simple without the bangs and whistles of other smartphones in the same price range but its rugged build is good enough to withstand dust, rain and the device can even be submerged in water and survives. Its power under the hood too is great with a dual-core processor and Mali GPU. At its price, the Xperia Go faces off against the HTC One V. the One V takes the cake in terms of the looks and the Sense UI is one we are fonder off, but the performance of the Sony blows the One V straight out the window. The only downside is that it runs on Android 2.3 out of the box and the solace is that it will receive the ICS update in the near future.

If a sub 20k performance phone is your requirement, you can definitely consider the Xperia Go.