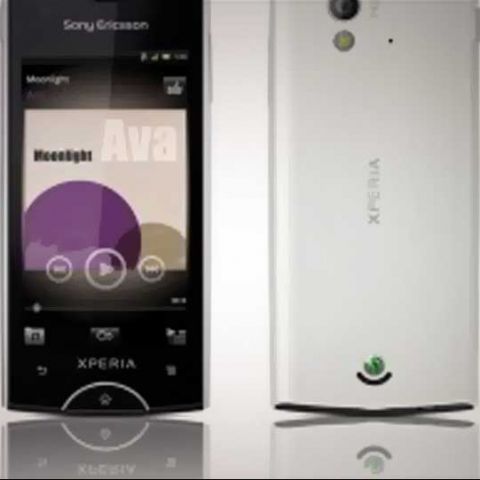 This is a very unique phone, without a shadow of a doubt. Think of a slim phone, and then squeeze that imagination a bit more. Surprisingly good performance and a build quality that feels better than the price bracket this phone plays in. Will work for someone who wants a sleek phone, but those with slightly stubby fingers will find the slim display a bit tough to use. Doesnï¿½t take away the fact that it is a smart looking phone.

Sony Ericsson thinks slim smartphones, and does visualize them well. Over the last few months, we have seen the Arc (read our review here), the Ray and the Arc S (read our review here). Among the three, the Ray brings in an additional dimension of slimness. The point is, does this design work for most people? We think it does, at least for quite a few people.

Look & Feel
The dimension numbers - 111 x 53 x 9.4 mm do make for interesting reading. Having just finished reviewing the Arc S, the Ray’s unique form factor is appreciated even more. From a slim phone to a two dimensionally slim phone is a big change. And will be even more so for anyone who is shifting to this phone.

The 3.3-inch display is accompanied by two touch sensitive keys - return and options. There is a semi-circle home key between the two touch keys, with a border that acts as a classy notification LED as well. To the left side is the micro USB port with a profound border, and so has the 3.5mm audio jack on the top panel. The power key is slightly easier to use on this phone than it was on the Arc or the Arc S.

Features & Performance
Looking at the spec sheet and experiencing the phone’s performance, you easily realize that it does have the entire gamut of features. A 1GHz single core Snapdragon processor powers the Ray, and 512MB of RAM means that the performance is fluid, for the most part. While it is competing with single core processors in this price bracket, it seems to perform slightly better than most. Timescape UI seems better optimized for performance with Android, than the likes of HTC Sense.

Speaking of which, the Timescape UI has been modded a bit to fit this display size, and for the most part, it does well. Widgets don’t seem to follow a usual size pattern though, and feels a bit stuffed at times.

The 3.3-inch LED backlit LCD has the brightness levels and the text sharpness bits going for it. However, the uniqueness as well as the problem lies at one place - the display. Someone with thin fingers will be able to enjoy it for the most part, but anyone who has slightly more filled up fingers or is very used to a big screen phone will find a problem getting used to this. The on-screen keypad is literally too cramped to use for most people, when in portrait mode. Well spread out in the landscape mode, but still not very conducive to typing out a message quickly.

While the 8MP camera is heavy on specs, it does translate that into impressive performance, at least when the ambient lighting is good. Colour spread is quite even throughout, and the images have a nice crispness to them. Doesn’t work well at night though, and the images are quite noisy.

Despite apps constantly updating in the background, and a heady mix of voice calls and messages, the Ray will last you two days on a single charge. Not a bad effort from this 1500 mAh battery.

Our Take
We have seen the Ray selling for around Rs 18k, and does offer a unique package coupled with good performance. However, the display width (or the lack of it), isn't to everyone’s liking and comfort level. If you aren’t a fanatic about Android, you may also want to check out the Samsung Omnia W (Windows Phone 7.5), the Nokia Lumia 710 (Windows Phone 7.5) or the Blackberry Curve 9380 (BB OS 7).