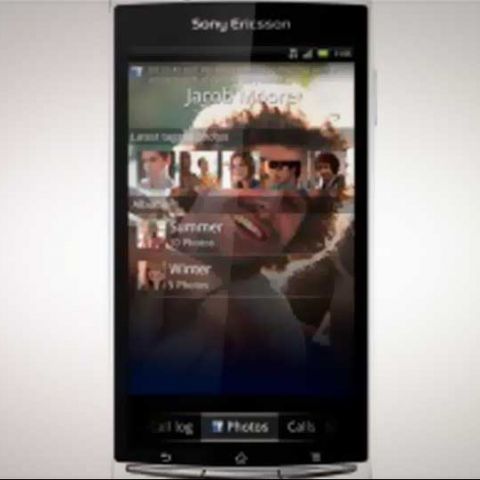 The Xperia Arc S is a confusing device. It performs well, and has an impressive sleek form factor. The little tweaks implemented on Android work well, and the smooth OS performance is a real positive. However, it is priced very close to the dual core phones, which it is not.

When it comes to sequels, it is usually a dose of disappointment in the waiting. However, with the Xperia Arc S, we are more confused and bewildered. Partly because we are also impressed with the darned phone! Is it replacing the Xperia Arc? Is this phone just an OS and processor update? Or does Sony Ericsson believe that a 1.4GHz single core processor good enough to take on the dual core phones, that start around this price point.

Look & Feel
While the overall design carries forward from the Xperia Arc (read our review of it here), there are two things quite visible here. First, the plastic feels umm…plasticky. Well, the build quality of the Arc felt classy and gave it the look and feel of a high-end phone. You just don’t get that with the Arc S. Secondly, the actual arc angle on the rear isn't that pronounced anymore. While the name is retained, you will not immediately recognize it as the successor to the Arc if it were lying around on a table.

Below the 4.2-inch display is a straight line with three physical buttons - return, home and options. No dedicated search button. On the right side is the micro USB port, and at the same position on the left is the 3.5mm headphone jack. Just below the USB port is the very slim volume rocker. The only real problem that we see with this is that it is a bit too small, and the thumb does need to feel around a bit before reaching it. Maybe it takes some getting used to. Towards the lower end of the same side is the camera key, but it is slightly too tiny as well! We wouldn’t be surprised of you don’t really notice it there. The chrome border lends a shiny bit to the phone, but being around areas around the charging port and the headphone jack, the inevitable scratches will be very visible with time. The mini HDMI connector has a nice shiny cover, and sits on the top panel with the power key.

Flip the phone over and the pearly white colour does feel impressive, with the nicely done enamel finish. The HD camera, however, is a bit too close to the top, and you will end up touching it either when on a call or when using the phone in landscape mode.

While it does look disappointingly plasticky, the build quality is quite good. It feels good to hold, but somehow doesn’t feel as good as the Arc.

Features & Performance
The most important upgrade that the Arc S brings over the Arc is the 1.4GHz single core Snapdragon processor. The Arc was powered by a 1GHz processor, and to be honest, didn’t feel sluggish in any way. Logically, the power boost should ensure that the Arc S performs well. And it does! Android remains smooth as silk in terms of UI navigation and in opening apps. We left a bunch of apps open in the background, and even then, there was not even the trademark “slight slowdown” of the OS.

While the Arc currently has Android 2.3.3 running on it, the Arc S has Android 2.3.4 on it, with a lot of little enhancements and tweaks that SE has done. First off, you can take screenshots using the integrated feature. To do that, you ned to press the power key as if you are switching off the phone. Select Take Screenshot from the menu that pops up. Android Market got its own Sony Ericsson section, with a lot of widgets for Timescape UI. The social networking integration with Timescape may well appeal to those who appreciate seeing all their timelines integrated into one. But we still prefer dedicated apps for Facebook and Twitter.

A tweak that we really appreciate a lot is the ability to do two types of resets - factory data reset and the newer settings reset. The former is the same as we see on all Android devices - restore device to factory settings and delete all data in one clean sweep. The latter one, the newer one, is a more refined one though. You can restore the system settings to default, without deleting any data or apps in the process. This one works, saving you the task of restoring all the data and apps.

The 4.2-inch display (480x854 pixels) on the Arc S is the LED backlit LCD one, which in the day and age of AMOLEDs and Super AMOLEDs seems plain vanilla. However, while it doesn’t have the colour punch of the AMOLED family, it does handle text very well. Web pages, even when not zoomed, had crisp text. The white colour is quite pure, making the other colours look quite vivid themselves. Watching videos on this display is a delight, and even fast moving scenes are blurred a lot less than what we notice in other phones.

The 8MP camera from the Arc has been carried forward on to the Arc S, but with a few extra features. For pictures, you get the 3D Panorama capability. For videos, there is the video stabilization feature that is more than welcome. While the 8MP does well in most lighting conditions, you do see a bit of graining when blowing up images taken in slightly low light conditions. But all images tend to suffer from a considerable amount of edge noise, no matter what. The 3D Panorama sweep shot is good value add, but can be extremely annoying when you get down to working it. For it to take a 3D picture, you need to pan the camera at exactly the same speed as it desires, or it won’t take the image. No matter what, you will need to do multiple retries to get the image you want.

The call clarity on offer is quite good. The earpiece volume is nice and loud, without sounding too sharp. The hands-free speaker is quite loud itself, and works well with the occasional music blast. However, we did have a problem with the way the phone handles data connectivity, from the cellular service provider. At first instance, the Vodafone 3G services got configured automatically on the phone, and worked as expected. However, a couple of days later, none of the widgets would update and neither could we browse through the Market. Weirdly, all websites were opening properly in the web browser. Resetting the phone to factory settings did the trick. If you remember reading the Arc review last year, we had faced the same issue with the EDGE connections back then.

The battery life offered by the Arc S is very good. It will last a couple of days of some voice calls and messages, with constant web connectivity for Facebook, Twitter, weather and Gtalk.

Our Take
The Arc S does make us wonder - is it a completely new phone, or just an upgrade? If you are treating this as a new phone, then it is pertinent to consider that this is a single core phone, whereas the likes of the Galaxy SII are available for about Rs 2k more. Having said that, we must point out that the Arc S with the 1.4GHz single core processor does offer excellent performance, and refuses to slow down under app load.

If you treat this as an upgrade, then except for the processor boost and the extra tweaks to Android, this is largely similar to the Arc. If you already own an Arc, we don’t see the need to upgrade.

Essentially, this is one smartphone that is punching in a category slightly above its weight. But that is only as far as the processor cores are concerned. Otherwise, the Arc S does have a lot going for it - excellent performance, very good display, sleek form factor, good battery life and those Android tweaks. You can buy this if you crave for the latest. Else, save the pennies and consider the Xperia Arc which we have seen retailing for around Rs 22k now.