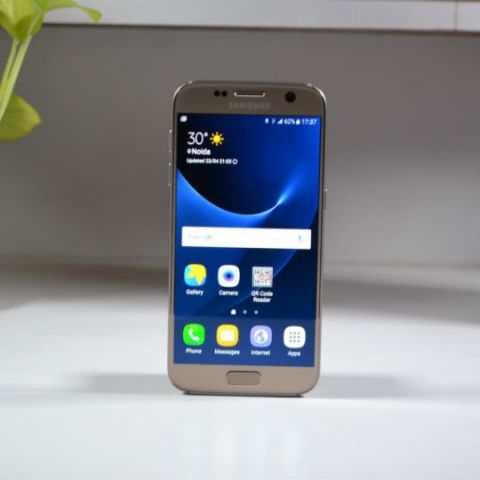 The Samsung Galaxy S7 is one of the best Android smartphones in India right now. It performs better than any other device in the market, and has the best camera. It's beaten only by the S7 Edge, but in terms of looks, this is still not up to the mark.

The Samsung Galaxy S7 Edge has largely overshadowed the Galaxy S7 this year, but Samsung’s smaller flagship has a lot going for it. In fact, come to think of it, the idea of a so-called smaller flagship device was started by Samsung originally. The non-edge Galaxy S6 was a compact smartphone, as is the Galaxy S7. Samsung has been trying to shift the focus to its Edge devices since last year, but the S7 remains an important part of its portfolio.

Build and Design
If you’ve seen or used a Galaxy S7 Edge, you’ll find the design pretty similar, yet different. The Galaxy S7 has the curves on the back, but no Edge, making it significantly simpler than the Edge. While the S7 Edge has a striking design, the Galaxy S7 doesn’t. It’s the same old Samsung design, but clad in premium glass and metal. 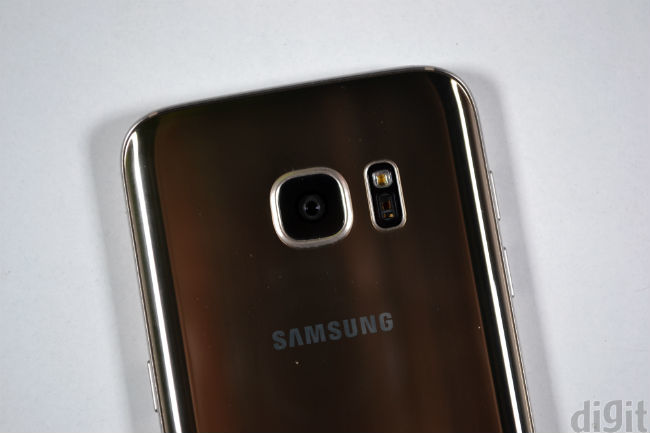 It feels more solid than last year’s Galaxy S6, and the curve on the back makes it more ergonomic. The lack of the front-facing Edge also makes it easier to pick this phone off a table, and it’s sufficiently light as well.

Overall, the Galaxy S7 may not have the stand-out appearance of the S7 Edge, but it’s a pretty good design. If you want a compact Android flagship, there are few that compare to this one, barring the Xiaomi Mi 5. Both the Galaxy S7 and Mi 5 are quite fingerprint intensive as well.

Display
The smaller 5.1-inch QHD display on the S7 carries a high, 577ppi pixel density. The difference between 534ppi on the S7 Edge and 577ppi here, though, is not discernible. The Galaxy S7’s display is just as bright and sharp, and barring the lack of the Edge display, there’s little separating these two. 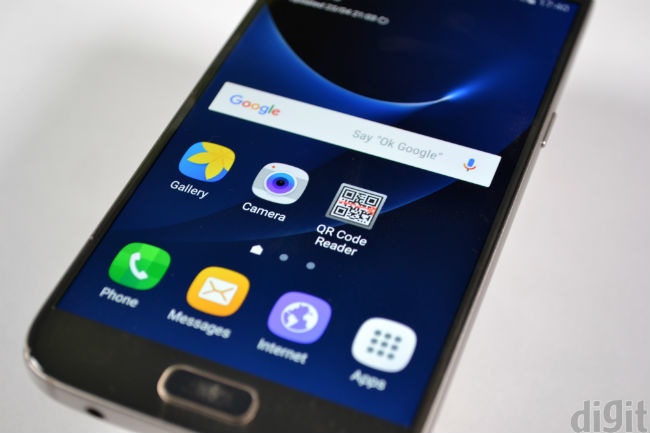 The UI, of course, remains the same.

Performance
The smaller display on the Galaxy S7 theoretically permits higher frame rates than the bigger Edge device. That said, the overall performance is pretty much the same, which still makes the S7 the most powerful Android phone in India right now, along with its Edge variant. The Exynos 8890 is an able processor, and it doesn’t have any heating issues, either.

The Galaxy S7 can take any task that you throw at it, just as well as the S7 Edge could. It’s smooth, hindered occasionally by Touchwiz’s various chinks, but Samsung has made progress there as well.

Camera
While the camera on the Galaxy S7 is supposed to be similar to the Galaxy S7 Edge, our particular unit seems to be a tad slower on low light shots. That said, the final quality does remain more or less the same. Under low light, the S7 sometimes took blurry images, because we moved the camera too soon.

In any other light conditions though, the phone is just as good as the Galaxy S7 Edge.

Battery
While being as good as the S7 Edge is fine for every other feature, the S7 has a smaller battery compared to the Edge. So, even though it has a smaller display, the battery life is pretty much the same. On most days, I got about 16-17 hours of battery life, but on lighter usage, the phone did get me through the day. This is pretty much the same as the S7 Edge as well.

Bottomline
The Samsung Galaxy S7 is one of the best Android smartphones in the market today, beaten only by the S7 Edge. It performs better than others in the market, and it’s a premium phone to boot. That said, if you’re looking for a good looking smartphone, the Galaxy S7 Edge is the phone to pick. If you would rather save the money and go for performance and camera only, then the S7 does the job.