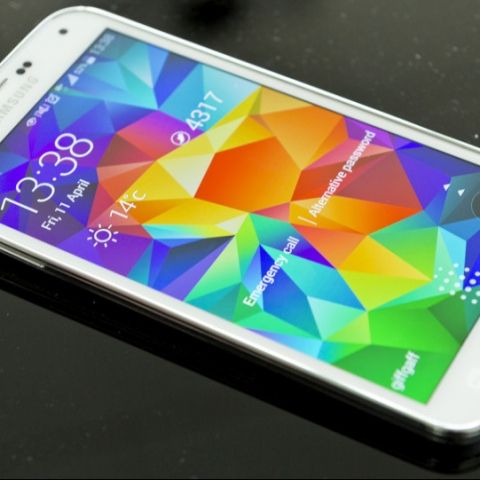 The Galaxy S5 does incorporate new features like water and dust resistance, a heart rate monitor and a fingerprint scanner, but the area where it loses is its design. Samsung has not done enough to make the Galaxy S5 a desirable premium smartphone.There is no compromise on performance though but we really wished that the Samsung would overhaul the build and design of its smartphones.

Samsung’s Galaxy S flagship smartphone has now reached its 5th generation and it has evolved a lot over the years. Comparing the Galaxy S5 to its predecessor, there has been a slight change in design, which entirely doesn’t mean that it has improved. There is a new chipset, a larger display and a better camera as well. But is it really worth the upgrade?

BUILD AND DESIGN
Probably the most crucial and highly debated topic is Samsung’s design philosophy. It is true that the Korean company uses a similar design over a vast range of smartphones and that people have been complaining about the fact that Samsung has slowed down in its design department. 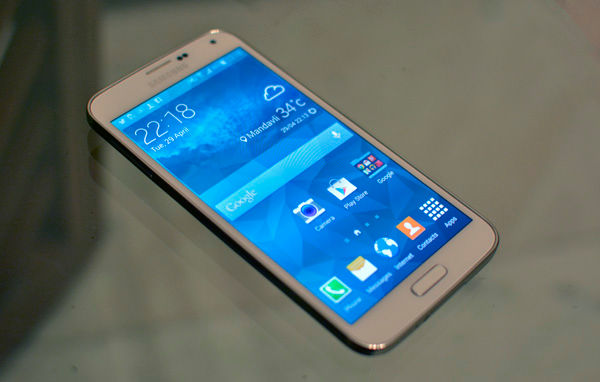 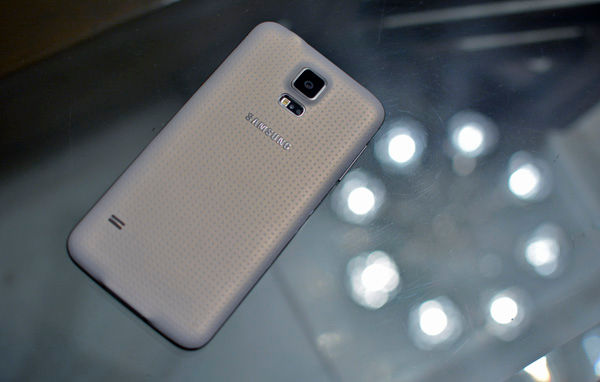 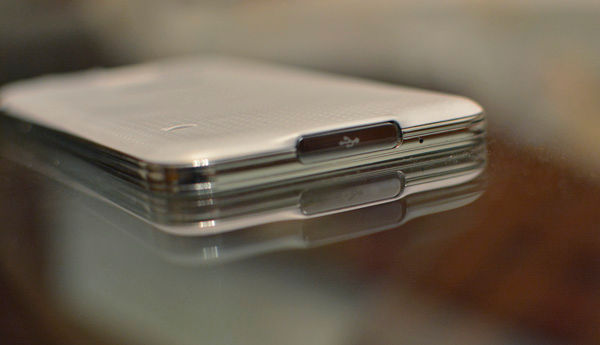 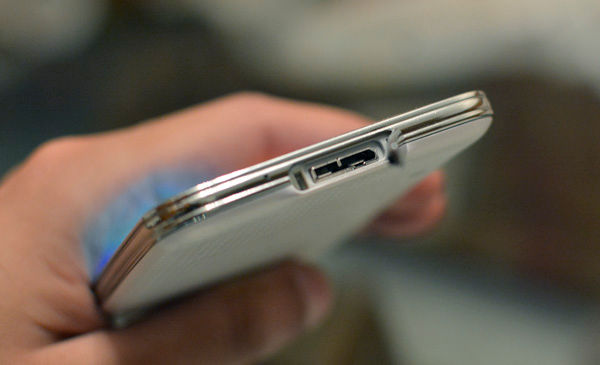 The Galaxy S5 has a similar looking design as its predecessor and for a minute you won’t be able to tell the difference between a Galaxy Grand 2 and the Galaxy S5. The new flagship again has the curve design along with a chrome metal frame just like the Note 3. The display is now a 5.1-inch Full HD AMOLED display (0.1mm larger than the S4) which is probably one of the best displays on a smartphone right now. The viewing angles are great and colors are very vibrant. Below the display we have two capacitive-touch keys and one hardware home key which is also the fingerprint scanner (we shall come back to it). Above the display there are a bunch of sensors and the 2MP camera. 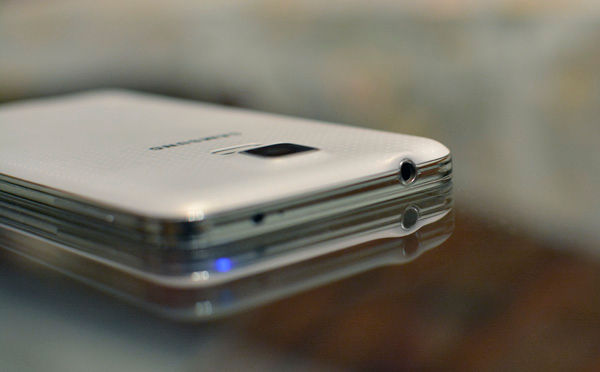 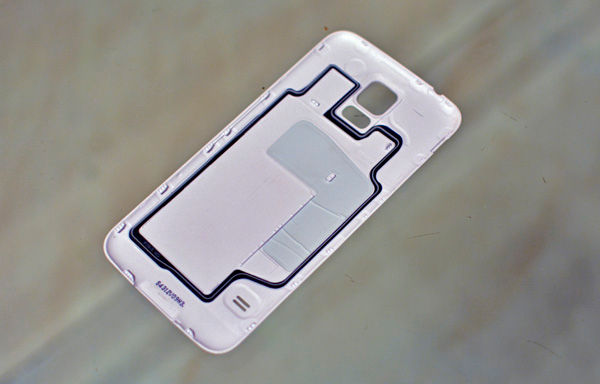 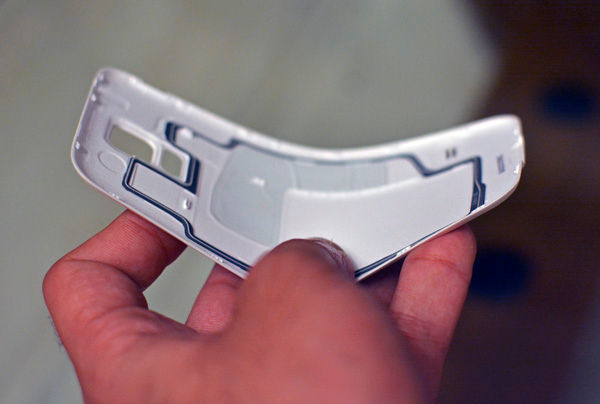 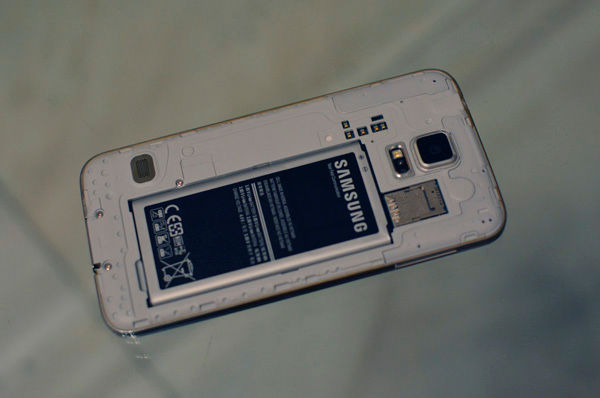 The edges, like we said earlier, have a chrome finish which surprisingly looks of low quality. The right edge has the power/lock key, the left side has the volume controls, the bottom has the USB 3.0 port covered with a plastic flap with chrome finish and the top has the 3.5mm audio jack and also an infra-red blaster port.

The back has been replaced and now we have a perforated pattern which, to be honest, isn’t something that we would call premium. But yes, we agree that it does feel better than the previous glossy plastic finish. We were surprised that Samsung didn’t use its faux leather back panels like the Note series. The back panel is removable and is made out of a very thin sheet of plastic. On the inner side there is a rubber lining to give some protection from water. It was rather disappointing to see a premium flagship device made out of such a low grade material.

The back also houses the 16MP camera with an LED flash, the heart rate monitor and the loudspeaker. Under the back panel, we have the 2800mAh battery, a microSD card slot and a microSIM card slot.

The design is not bulky and for a 5-inch device the S5 feels good in the hand. The new pattern on the back offers a better grip and it doesn’t slip away from hands like the S3 or even the S4. The bezels have gone smaller and Samsung has happily used about 80% of the front for the display. This time the Galaxy S5 is water-resistant but unlike the Sony smartphones, it isn’t water-proof, meaning that you cannot take the smartphone for a swim. The S5 however will withstand a bit of splash or heavy rains.

For a 50-grand smartphone, we expected a lot more from Samsung. There have been some changes in design, but they don’t hit the mark.

USER INTERFACE AND PERFORMANCE
The Galaxy S5 runs on Android 4.4.2 KitKat with the new TouchWiz UI. Samsung has really improved with its custom UI and quite frankly we have started liking it. Just like the older versions, it is quite colorful to accentuate the AMOLED display and we do some new circled icons which look nice. There is a new lockscreen as well with new effects when you swipe the screen to unlock. One thing that we noticed was that there isn’t an option to add widgets on the lockscreen, probably Samsung ditched the idea. 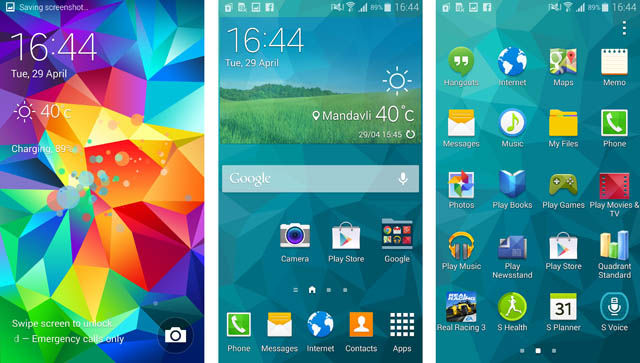 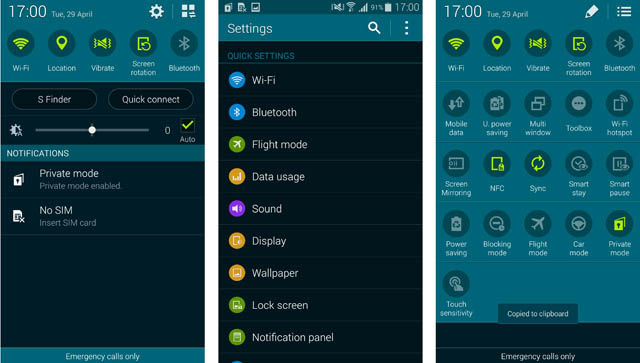 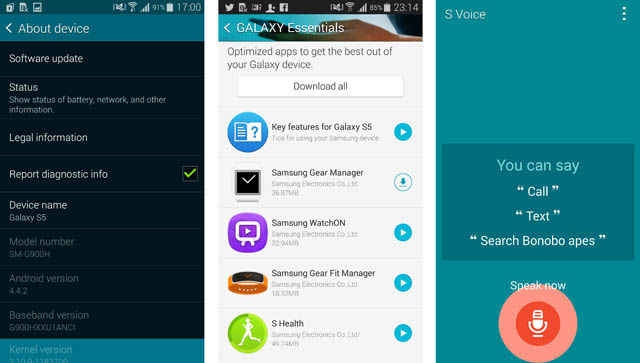 There are a bunch of useful apps and also a 'Kids mode' for the young ones to enjoy. Why smartphone makers are adding this mode, is beyond our imagination. One of the few interesting apps on the S5 was the WatchON app, which enables you to control your TV and also supports your DTH set-top box and other media devices thanks to the Infra-red blaster port. You can read more about it here.

A very interesting app is the 'S Health' app which essentially keeps a check on your daily activity including walking, running, cycling, etc. It can also keep a tab on your sleep cycle if you get the 'Sleep extension'. You can keep a check on the amount of calories you gain and burn through the day. For people who love to stay in shape, this app is quite useful.

The TouchWiz UI is smooth and we didn’t face any (major) lags. We did face a few issues here and there with the Facebook app and at times the response was a little slow. Hopefully a minor bug update will solve the issue.

In terms of performance, the Galaxy S5 has some great hardware to provide immense power for daily as well as graphic intensive tasks. India has got the Exynos version, so we have an octa-core processor powering the smartphone with 2GB of RAM and a Mali-T628 MP6 graphics processor.

The synthetic benchmark tests proved that the Galaxy S5 isn’t shy of facing big smartphones like the Xperia Z1 and the Nexus 5. Check out the scores below: 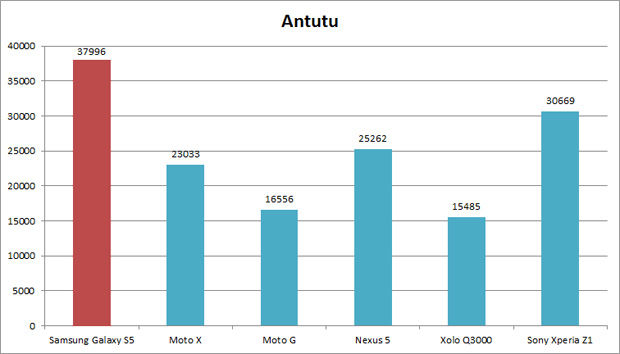 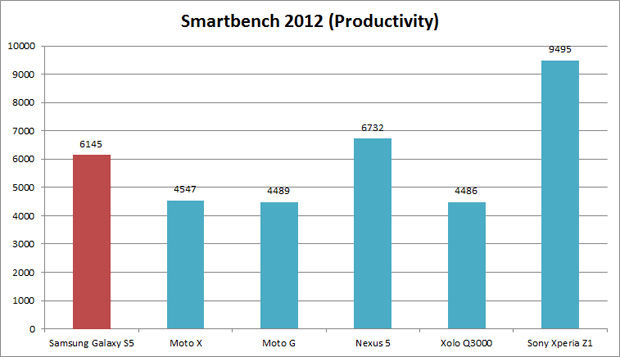 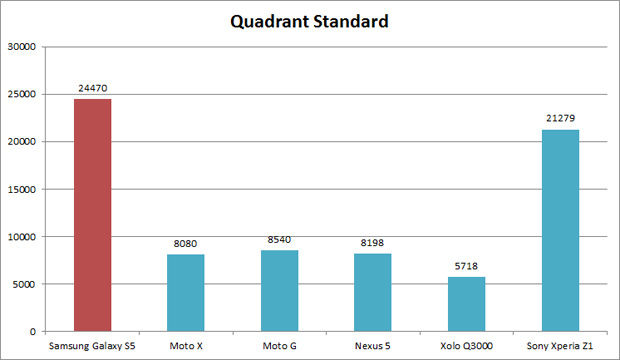 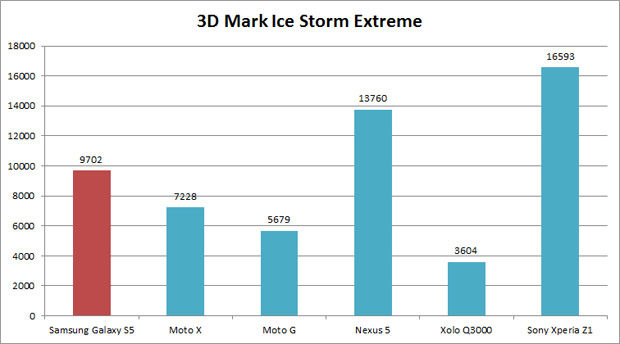 Gaming and video performance is smooth with no issues whatsoever. High end games like Real Racing 3 and Dead Trigger 2 were a piece of cake and playing Full HD or even the recorded 4K videos were done with ease. After about an hour of intense gaming the handset did heat up and probably at one other random instance the smartphone boiled up for no reason. Heating issues do arise in a lot of handsets so this isn’t a major concern.

Samsung has finally improved majorly on the battery life. The 2800 mAH battery provides a full-day charge on 3G networks. In our standard battery test, we ran a full HD video for 1 hour after charging the Galaxy S5 to 100% and also kept it connected to a Wi-Fi network. To our surprise, the smartphone lost only 9% of battery which calculates to about 11 hours of non-stop Full HD video playback. So that is one area where the Galaxy S5 really shines. 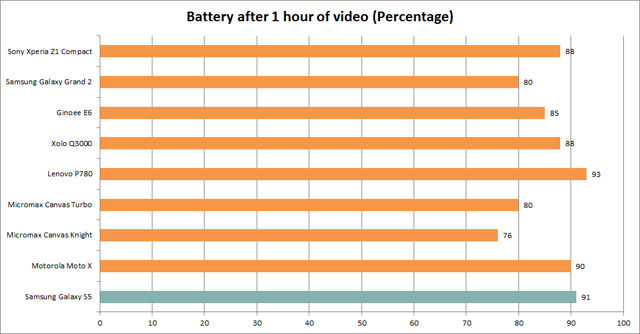 HEART RATE MONITOR AND FINGERPRINT SCANNER
The Galaxy S5 has two new innovative features this year around. Samsung has crammed in a heart rate monitor and (following Apple and HTC) a fingerprint scanner. The fingerprint scanner is PayPal certified which means that the scanner can also be used to make secure payments from your PayPal account. The scanner is embedded in the home button and you need to swipe all the way from the end of the display and over the home key to scan your finger. The scanner can be used as a security measure for your lockscreen and also a private mode which restricts access to files and even the gallery. 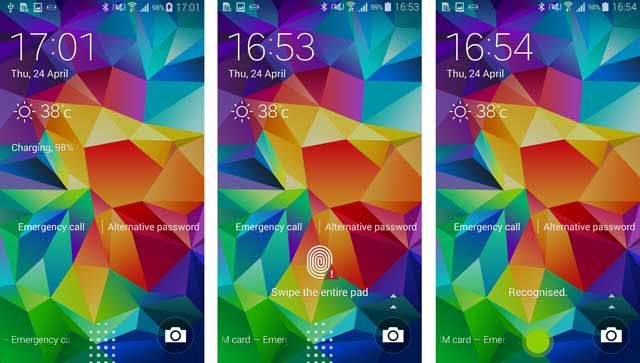 The heart rate monitor is a small sensor right next to the camera flash where you put your finger for a few seconds and through the S-Health app, you can get a measurement of your heart-beat. In our opinion it doesn’t provide a precise reading, but having the feature sounds pretty cool. 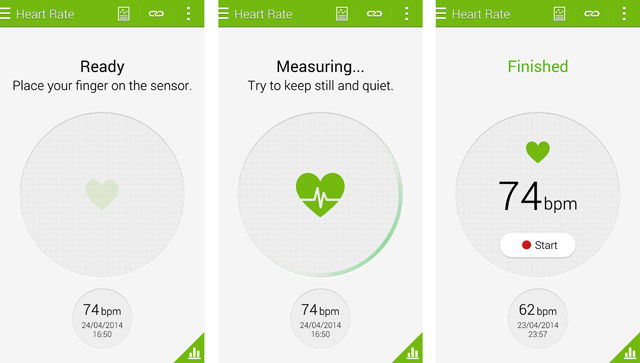 For more on both of the features, head over here.

CAMERA
A new 16MP camera has been used for the Galaxy S5 incorporated with a 1/2.6'' sensor. It is still smaller than the Nokia Lumia 1020 and even the Sony Xperia Z1/Z1C but it does manage to take some good looking images. Some of the features of the camera include dual shot, simultaneous HD video and image recording, geo-tagging, touch focus, face and smile detection, image stabilization, HDR and so on.

The auto-focus on the S5 is really fast for a smartphone camera, although it is slightly slower Xperia Z1/Z1C. Images don’t have high contrast and colors are a bit neutral which is a good thing. There is a lack of sharpness in the pictures which is possibly due to the fact that some of the shots are taken on low shutter speeds which lead to minor blurs.

Apart from the various modes, there is a selective focus mode as well, which has become a necessity in smartphone camera apps to give a feel of shallow depth of field. You need have good lighting conditions as well as a proper difference between the foreground and the background. 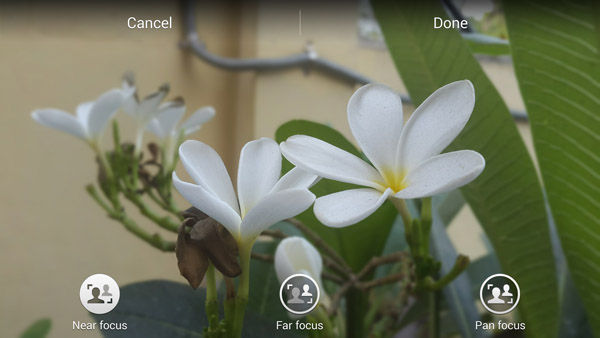 You can check the camera samples below: (Click to enlarge) 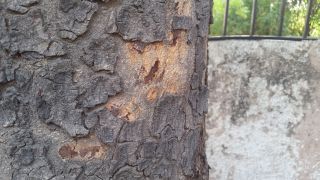 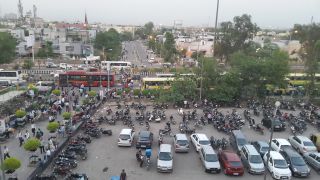 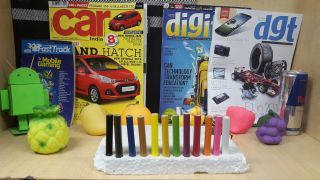 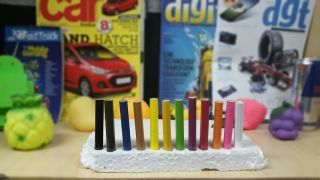 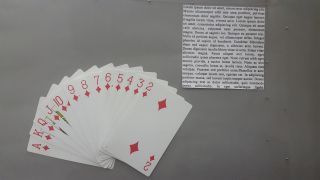 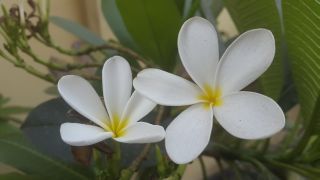 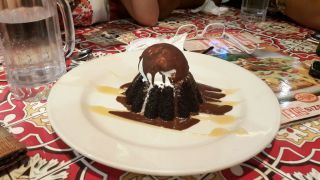 The BIG story here is the video recording. Yes, we have 4K video recording capability which looks stunning. The videos take a huge amount of storage so if you are planning to record a lot of UHD videos, you better get a 32 or even a 64GB microSD card. The 4K video playback is smooth and you can also pinch-zoom while playing the videos. In practical terms though, the 4K video recording feature is a complete waste. Not a lot of people own a 4K display today and with the file-size going over 300MB for a minute of video, one cannot keep investing in high capacity storage unless he/she is a photographer/videographer.

CONCLUSION
The new update for the Galaxy S device does come with some amazing new features and apps, an overhauled UI and a decent upgrade in hardware. The design is not appealing though and the materials used clearly prove that Samsung is trying to save up on its costs. There is no compromise with performance as the hardware provides immense power to accomplish daily tasks as well as multimedia and gaming.

With a price tag of Rs.51,500 you might be conscious of taking out the plastic made smartphone, but if are a loyal Samsung customer and prefer performance over design, then the S5 is totally for you and definitely a good upgrade from the S4.

A way better option would be the new HTC One (M8) which offers an exceptionally good design with a similar set of hardware specifications. Even the Sony Xperia Z1 offers a better looking package than the S5.