The Samsung Galaxy Alpha may very well be the best looking Samsung device that you can find today, but it has some very tough competition. Also, at the price that Samsung has put up for this device, it might lose out. Still, the Galaxy Alpha should be on the top of Samsung fans' buying lists.

The Samsung Galaxy Alpha is what the Galaxy S5 should have been. It would have been the right time and the phone could have helped to arrest Samsung's dropping market share. Nevertheless, it is here now and has a lot going for it. The device has a metal frame around it and sports the Exynos 5 octa-core SoC, which also powers the company’s flagship Galaxy S5 and Note 3 devices. So, after spending a substantial amount of time with the device, here’s what we thought. 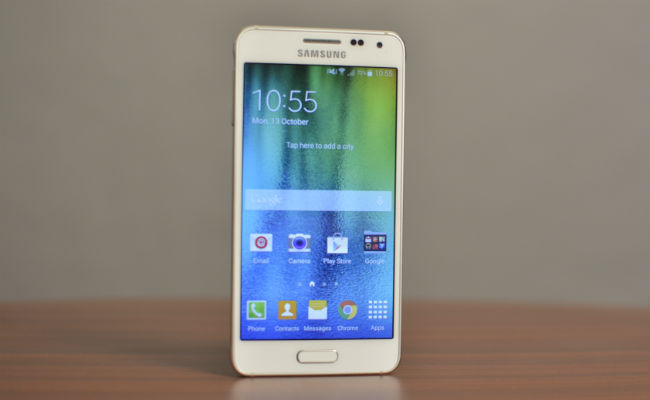 Recent smartphones launched by Samsung have all taken a hit in this department. Not the Alpha though. The device is well built and tremendously light. In fact, the Alpha begs comparison to the iPhone 5S in this department. At 115 grams, it weighs only 3 grams more than the 5S. Also, Samsung has gone with the bar design with chamfered edges, which gives the phone a very nice feel. 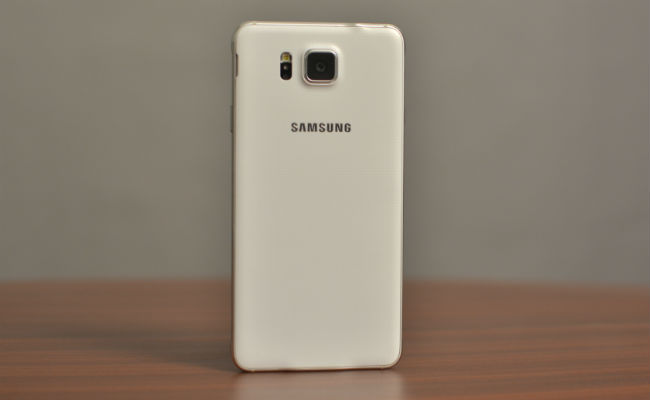 The device still has a lot of plastic on it, but the Alpha still feels very premium. In addition, the chamfered edges mentioned above provide extra grip to the smartphone, as do the bulges on the corners. It's also amazingly thin and the thinnest Galaxy smartphone in the market today. The Galaxy Alpha is only 6.7 mm thick, which makes it very sleek.

While comparisons to the 5S were many, the Alpha does have a personality of its own. This is thanks in no small part to the faux-leather back on the device and Samsung’s oval home button that doubles as a fingerprint sensor. The mono speaker grill at the bottom of the device is laser etched, drawing further comparisons to the iPhone. 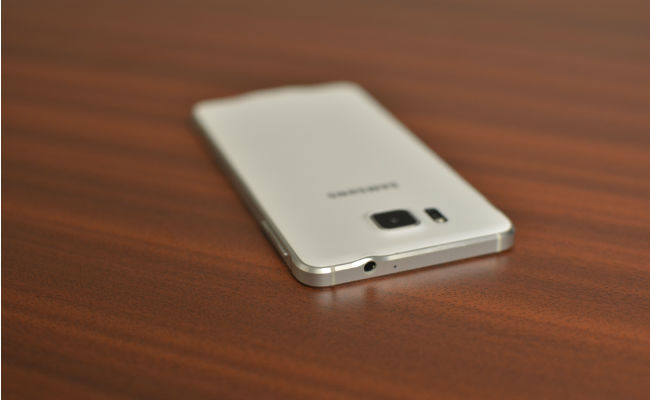 Overall though, the Galaxy Alpha could very well be the best built and best looking of all Samsung smartphones. It doesn’t have huge bezels and is just the right size to fit into your pocket and use with one hand. The fact that it is extremely light just adds that much more to the overall feel of the smartphone. Needless to say, the look, feel and build of the smartphone was really impressive. 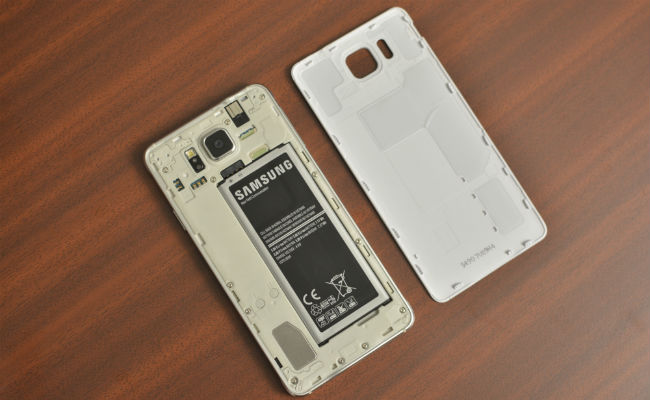 I can see a lot of people yearning for a 1080p display if they spend 40k on a smartphone, but personally a 720p is not bad, especially when it is an AMOLED display. The 4.7 inch Super AMOLED display on the Alpha is quite bright and offers good sunlight visibility.

As it happens with AMOLED displays though, colours on the display are quite oversaturated. Skin tones seem a little more red, while blacks are very deep. The Alpha though doesn’t show the yellowish tinge that is easily visible on the new Moto X’s AMOLED display. In addition, whether the oversaturation of colours is disappointing is completely a personal choice. The 720x1280p resolution is only less dense as compared to the 1334x750p of the iPhone 6. Of course, Retina displays have other pros going for them. 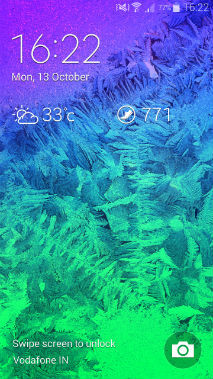 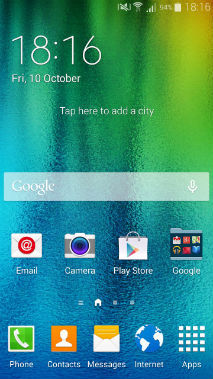 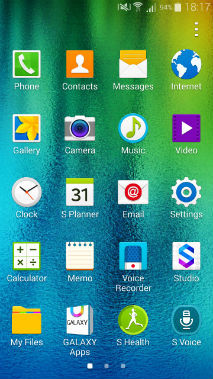 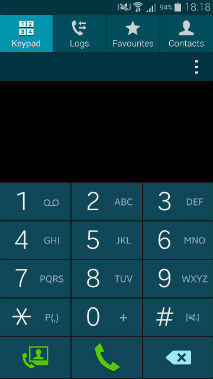 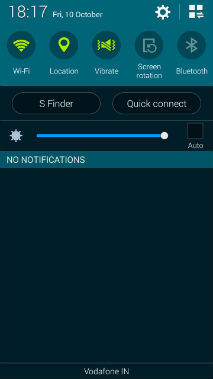 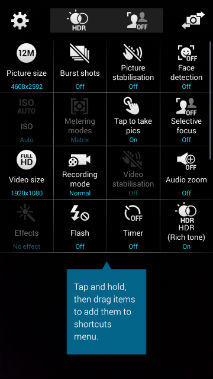 The decision to go for 720p helps the Alpha offer more battery life than a 1080p screen coupled with an octa-core SoC would have allowed. It also adds to the performance of the smartphone, making the UI feel much more fluid on the Alpha than it did on the S5. It’s hard to find another Samsung smartphone that makes Touchwiz feel this smooth.

Till now all has been hunky dory with the Alpha. So is this then a Samsung device that has no issues? I sincerely wish it was. At first glance, the two main concerns about the Alpha were performance and battery. The device is very slim and packs an octa-core SoC inside. This could easily result in heating issues. Most processors today use thermal throttling, which means that the CPU speed is automatically reduced when it heats up beyond certain thresholds. This is done to avoid damage to the CPU and other components. But, it also results in a drop in the performance of the device.

The Galaxy Alpha does heat up fast and as mentioned in the quick review earlier, the performance scores for the GPU on 3D Mark drop drastically after heating. In our tests, the phone went from around 17k to 5k after heating in 3D Mark. That said, the phone doesn’t take too long to cool down either, unless of course you keep putting it through resource intensive tasks. The phone gets warm, but doesn’t feel very uncomfortable. The performance drops will translate to your games and other apps, meaning you need to give the phone the little time it needs to cool down. 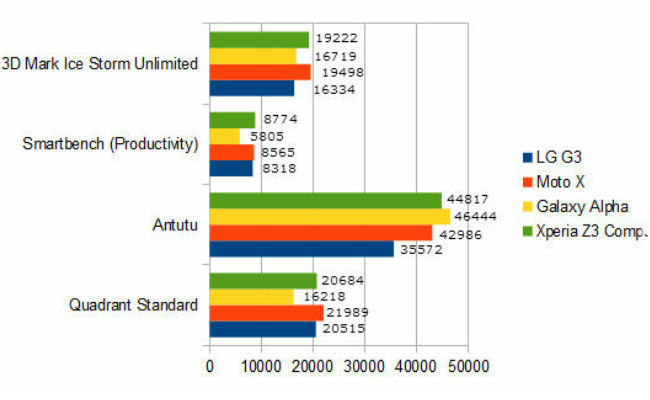 The second concern about this phone was its battery life. Samsung decided to go with a smaller 1860 mAh battery compared to the S5’s 2800 mAh. The processor on both though are the same. The 720p display again comes into play here as the Alpha performs more or less at par with the S5. In our standard battery test, the Galaxy S5 had lost 9% battery, while the Alpha lost 8% battery in an hour while playing a full HD video with brightness at max and Wi-Fi switched on.

Alternatively, on the PC Mark for Android benchmark test for the battery, the Alpha came to 4 hours 44 minutes, compared to the Xperia Z3’s 4 hours 3 minutes and the new Moto X’s 4 hours 35 minutes. This benchmark puts the phone’s battery to the test by performing day to day tasks like browsing, photo editing, writing etc. 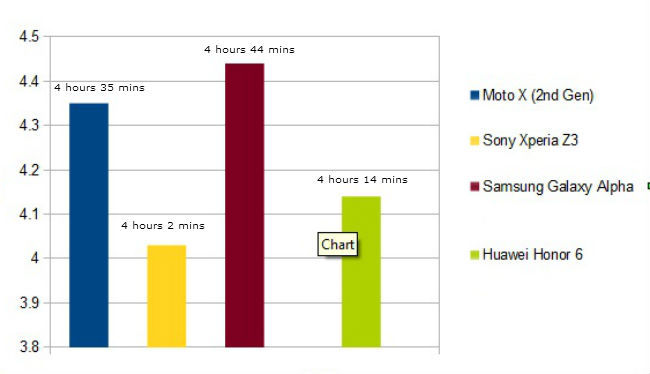 In real world situations, the phone lasted me the entire day, with the low battery warning flashing around the same time that I would go back home from work. This included some light gaming and lots of calls and browsing. The battery lasted me 12 hours on average.

Another variation from the S5 is the 12 MP camera on the Galaxy Alpha. Many might say that this is too small for a phone that costs 40k and going by sheer numbers, yes it is, considering that one of its primary competitors, the Xperia Z3 Compact boasts a 20.7 MP camera. But, the megapixel count doesn’t determine the camera quality.

While using the Alpha as my primary phone, I forgot to carry my DSLR with me once and needed to shoot images of a phone. The Alpha was the only camera I had. You have perhaps seen the pictures and the Alpha shot the Xiaomi Mi4 pretty well in proper outdoor light conditions. In fact, the camera does take good pictures under proper lighting. The auto focus is on the slower side though and the Galaxy Alpha sometimes takes a few seconds too many to focus.

While images are somewhat on the softer side, the 12 MP camera is still light years ahead of the competing Moto X’s 13 MP shooter. The Xperia Z3 Compact has a better camera though, but at a higher price. The images are also a bit grainy in low light or under yellow lights and tubelights.

So is this then the best smartphone that Samsung has to offer? Well, I wouldn’t want to say that with the Note 4 coming soon, but it definitely is right up there with the best. The price though is a concern. Samsung has the Xperia Z3 Compact on on side, with a better camera and the Moto X (2nd Gen) on the other side, which gives a better screen and costs about 8k lower.

If you’re a Samsung fan and don’t want a phablet, then this is the phone to go for. Alternatively, if you have the budget and want a balanced smartphone experience, then the Alpha is a very good choice. If Samsung had priced this phone at around Rs. 32,000 then it would have been a steal, but the Rs. 39,990 price-tag may affect sales.

Also, while Samsung has finally paid attention to the design, it just might be too little too late. The Alpha is still mostly plastic and there are other devices like the Moto X and Xperia Z3 Compact, which both perform better in various areas than the Alpha. The good thing though is that Samsung said at the launch that this is just the start of a new design philosophy for the company.