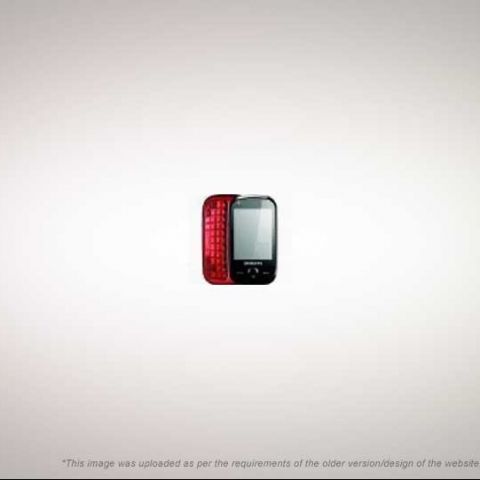 Annoying TV commercials aside, Samsung seems to be on an overdrive lately and continues to flood markets with new models under the Corby banner. You now have the original Corby, the candy bar CorbyTXT, the slightly upgraded CorbyPLUS, the Corby Pop, Mate and finally the subject of this review - the CorbyPRO (B5310). The Pro brings to the table features such as GPS, Wi-Fi, and 3.5G connectivity over some of its predecessors.

The Samsung Corby Pro B5310

At the outset let me tell you this phone screams out youth, vibrance and chic style. Right from the design with changeable back covers, to the icons and down to the comic sans-like default font; this phone is clearly targeted at those born on the right side of 1980.

Web connectivity forms a major component of this phone. Being targeted at the youth, this doesn’t come as a surprise since most of us are always connected to social networks such as Twitter and Facebook or consuming online content from YouTube or Flickr. With the multitude of widgets and apps for the above websites preinstalled, this phone is almost meant to be connected. If not, then it’s like using JoliCloud (Linux based cloud OS) without an internet connection.

The whole youthful bit seems to be slightly over the top though. Call me an old fuddy-duddy but within five minutes I changed the corny font to a more sober one. Yet, I’m pretty sure the better half of the population will love the phone’s ‘cuteness’.

Slightly on the bulky side, the design is still quite appealing. You have a Call, Reject, and a Center button (mapped to menu) on the lower bezel and a large 2.8 resistive touch screen occupying the major part of the phone’s footprint. On the top edge is the 3.5mm audio jack which is generally regarded as the ideal spot for pocket listening. On the left is the volume toggle while on the right you have the smart lock button camera click and a covered micro USB slot. The back of the device features an easily detachable and changeable battery cover, a 3.2MP camera and the loudspeaker (which btw is unexpectedly loud).

But the best design feature, and one that makes this distant cousin of the Corby slightly plump, is the slide out hardware Qwerty keyboard. At fist glance it feels like the flattish Qwerty found on the N97 but once you start typing you quickly realise it’s adequately beveled.

The phone features Samsung’s proprietary TouchWiz OS which I remember from the Samsung Jet. The version that comes with the Corby Pro works in triads – you have three home screens and three pages in the main menu. You can slide from one home screen to another with either a left or right swipe. Getting to functions quickly is one of the most important factors while judging the functionality of an operating system. The Corby Pro lets you access most function within three taps – which is quite good. Settings and other navigation items are arranged in a logical order.

Samsung Corby Pro B5310 comes with a QWERTY keyboard

One of the first things people want to know about the user interface is whether it’s fast and responsive. Well, Samsung’s TouchWiz UI does not disappoint. It’s fast and responsive when you operate within decent levels of load. But pull out a zillion widgets on the home screens and keep a music player running in the background at the same time, and you will start experiencing lag.

VOICE CALLS: A phone is after all a phone, and no matter what bells and whistles you adorn it with, it’s only as good as the calls it can make. In this regard we tested the Pro in a number of real world scenarios and the phone performed sufficiently well. No dropped calls and network troubles. The earpiece although loud and clear, tends to be a bit squeaky and flat. The only thing I can say is – I’ve heard better.

TOUCH SCREEN: For a resistive touch screen, the performance is pretty decent, but you will definitely suffer several mistaps along the way. Taps turn into swipes and vice versa making you unwittingly launch applications every now and then. The worst of these is while trying to open missed call or new message notifications. For that particular case you will have to resort to using the tip of your fingernail, but for the most part you can easily do without this make-shift stylus. If all this scared you, fear not! For you’ll adapt to it soon enough, and in a day or two you’ll be swishing and tapping your way smoothly across the UI. A point worth noting here is that the tactile response (vibration) is well optimised. It goes a long way to making this touch screen usable.

HARDWARE QWERTY: Since time immemorial, there has been a great divide between users of hardware Qwertys and those that prefer pure touch screens. Well, not actually that long back, more like from when the iPhone emerged. Since then phones like these have been trying to bridge the divide and please both factions. The keypad thus garners a lot of interest. It’s fairly easy to type on and is one of the USPs of this phone. The tactile feedback is perfect – neither too soft nor too hard. This means that you know when you’ve pressed a key and registered a keystroke, and don’t have to look at the screen for reaffirmation.

CAMERA: While in camera mode, the HUD (Heads up display) is quite nice. It allows you to quickly get to important functions such as brightness and timer, or switch between video and still capture. The camera quality is decent for a phone camera. The sharpness was good in well lit areas but in dim settings the exposure time went up drastically making it more prone to shakes. While in 'night mode', the low light pictures are pretty good but the camera can't deal unevenly lit settings – a problem common to all cameras. The six picture 180 degree panorama shots work beautifully and I found the multitude of scene/picture modes to be very impressive. Video is supposed to record QVGA resolution at 15 fps and seems fine with some test videos that we took. The only thing lacking here is a LED flash.

BUILD QUALITY: The phone is well built with quality plastic all around. The plastic is not rubberised hence there’s less likelihood of the finish peeling off. Buttons too are quite good. The slider is a worrisome area, not because it seems flimsy, but because we don’t know exactly how many operations it was built for. But all-in-all the phone gives an impression of being rugged. I was itching for a drop test…

BATTERY LIFE: The charge time is quite a bit and the performance here was moderate. With an hour of voice calling, some amount of clicking pictures and a few web updates here and there it lasted me a day. So go with the premise that you will have to charge the phone everyday.

Apart from the hardware based features of the phone that I’ve already spoken about, here I’m going to enumerate some of the small but unique features. The one finger zoom feature for instance is a great way to work around the lack of multitouch. This feature is designed to work in the preinstalled webkit-based Dolphin browser and the default picture viewer in the phone. However the performance in the browser is abysmal. A few goodies here and there include the Security feature and the preinstalled image editor. In this day and age who doesn’t want to lock *ahem* certain content on their phone? The phone allows you to lock away specific sections like your messages or files with a password. Also since the phone features direct uploading of clicked pictures a full featured and easy to use image editor is a nice addition.

Minor annoyances aside (such as no copy paste in messages), this is a phone that I can live with. Sure, I would’ve liked the touchscreen to be more accurate, but hey at a MOP of around Rs.11,200 this is about the extent of what you’ll get at that price. However some potential users will definitely get put off by its bulk. Weighing in at 135 grams, it’s not exactly a small device. Personally, I found this to be a non issue. For a phone that's all about connectivity, the widgets are a little tacky but they work. For example in the Facebook widget, you can post and comment but you don't get to see in line threaded replies to your comments. So until Android devices breach this price point, I’d say go for it if Touch is a must and Qwerty is what you were always looking for.

Check out features and specifications of Corby Pro B5310 and other latest and popular Samsung Mobile Phones on Consumermate.com.