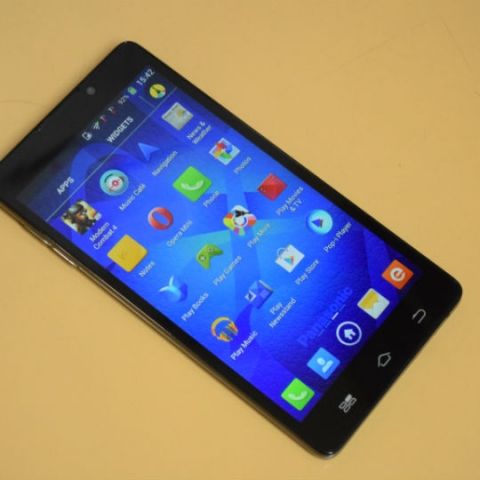 The Panasonic P81 is a very good smartphone in terms of performance, but we found it wanting in some key areas. In addition, considering that the company is trying to build its base in the country right now, we think it should have priced the phone around Rs 15,000. At the price Panasonic is asking, it is easy for consumers to go for the Micromax Canvas Knight, while Karbonn’s Titanium Octane Plus provides better specs at a much lower price.

The Panasonic P81 smartphone is the company’s first octa-core offering in the country. It is priced at Rs 18,990 and competes with devices like the Micromax Canvas Knight, Karbonn Titanium Octane Plus and others. While the phone beats its competitors in certain key areas, there are also some disappointments. We took the phone for a spin in our test labs and here’s what we thought of it. 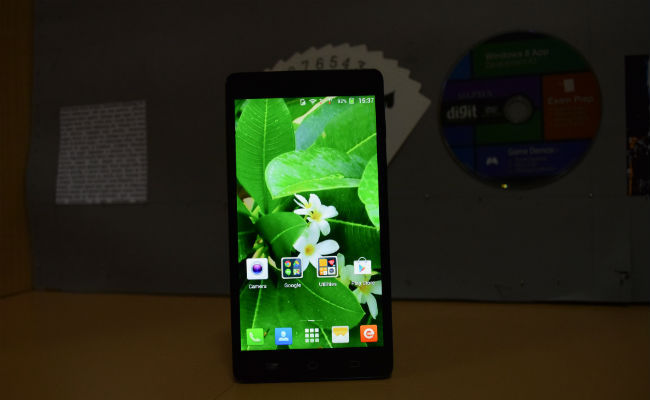 In this department, Panasonic follows many of the current manufacturers, with a slab-like device. It has a 5.5-inch IPS LCD display and is only 7.9-mm thick. We weren’t very impressed with the build of this phone though. It feels too big and is not comfortable if you have to keep it in your pocket. 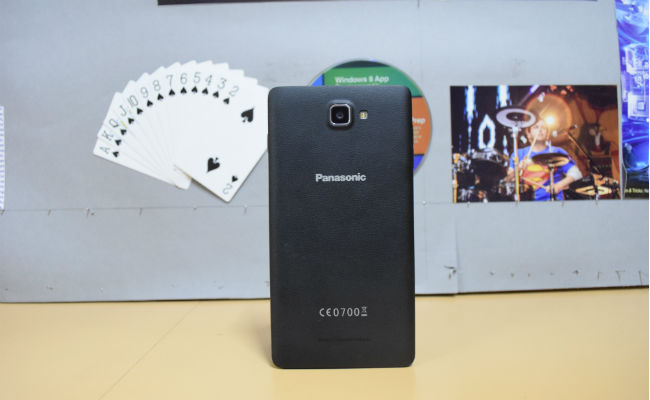 Panasonic has also taken cues from Samsung’s design for the Galaxy S5, giving the P81 a leather finish on the back. It is not the perforated leather finish Samsung has given its flagship though. But it makes the phone very resistant to getting smudged by fingerprints on the back. The same can not be said about the screen on the front though, which is a fingerprint magnet. 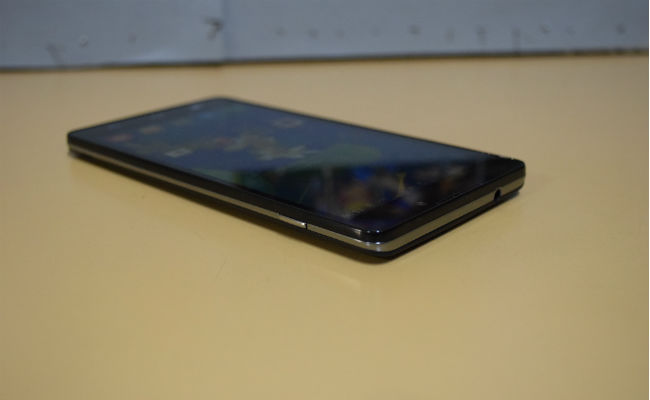 The company has also put in some metal on the device, with a thin metal strip running along the sides. The volume rocker and power on/off buttons are also metallic. Overall though, the design isn’t the most impressive that we’ve seen. It is too big and looks like a big slab in your hand. 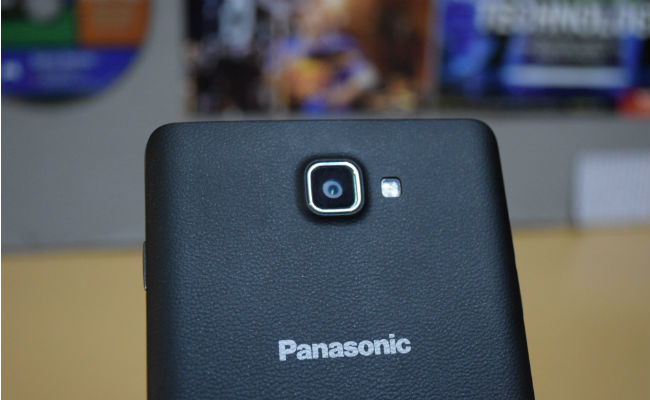 The P81 has a 5.5-inch IPS LCD screen with 720x1280 pixels resolution. At the price Panasonic is asking, this is a little disappointing, especially considering that both the Canvas Knight and the Titanium Octane Plus have full HD screens. Moreover, while the Canvas Knight is priced almost the same as the P81, the Titanium Octane Plus is over Rs 3,000 less expensive than Panasonic’s smartphone. Moreover, both brands are much better known in the country. 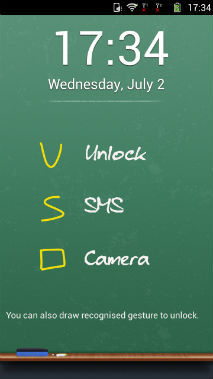 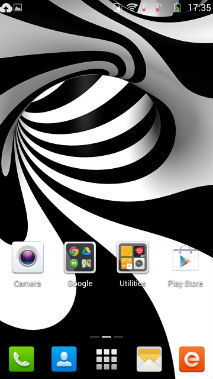 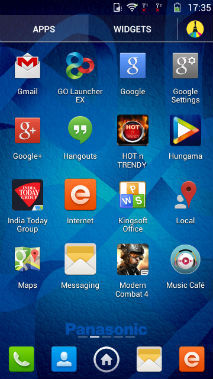 Panasonic has also done some layering on the Android 4.2.2 Jelly Bean OS, adding tweaks of its own. Right at the offset, you see the company’s Gesture Play feature on the lockscreen. The default lockscreen on this phone required the users to draw certain gestures in order to unlock it. You have to draw ‘U’ for unlock, ‘S’ for SMS and a square for camera. You can also add your own gestures and assign them to specific apps. 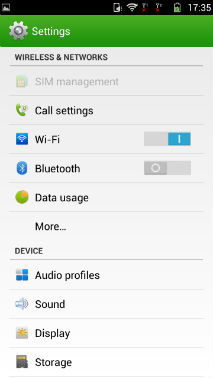 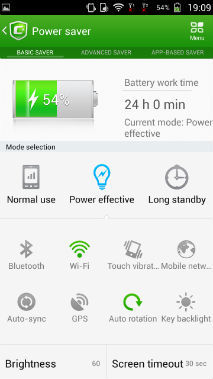 The gesture play feature is ok for a while, but it is irritating when you’re in a hurry. You will often make mistakes and the phone won’t unlock. The P81 lets you press the on-screen unlock button after you’ve made a mistake in the gesture twice. In the long run you will probably switch to the regular slide lock screen.

Panasonic has also made other changes to the software, which aren’t very impressive. The ‘Play Store’ option on the top right of the menu has been replaced by ‘Play More’, which allows you to change the themes and wallpapers on the phone. Moreover, the multi tasking option in Android seems to have been done away with. That is until you realise that pressing the menu button twice will take you to the multi tasking screen.

This is the greatest strength that this device has. The Panasonic P81 is powered by the 1.7 GHz MediaTek MT6592 octa-core processor along with the Mali 450 GPU. It also has 1 GB of RAM, which is lower than what you would want. The P81 though beats the Canvas Knight and others on benchmark scores.

A very good and noticeable fact in the P81 was that after about an hour of gaming, the phone didn't heat up at all. This is pleasantly surprising and almost unheard of in such devices nowadays. We only wish that Panasonic had added 2 GB of RAM to this phone, making the performance even better. While you can play the most high-end games on this smartphone, they will end up crashing sometimes because of the lack of RAM.

The P81 has a 13 MP rear shooter with a single LED flash. This is accompanied by a 2 MP front camera for video calling and other purposes. It can also take 1080p videos, which many phones in this range are capable of.
The 13 MP camera impresses when the lighting conditions are good. It has auto focus capabilities and takes sharp images with good detailing. In addition, the camera UI is fast and responsive as well. It is also not very difficult to learn your way around the camera. 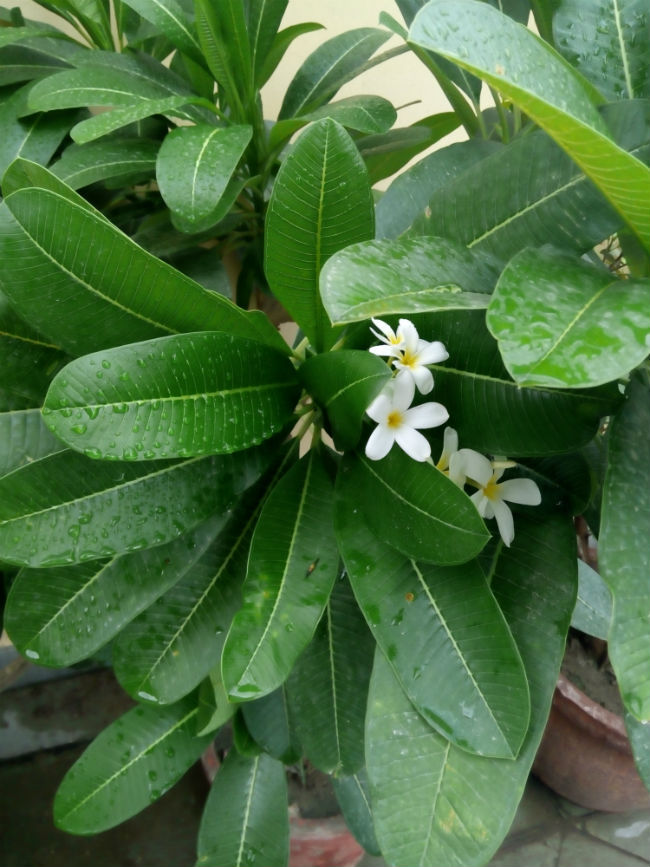 The same though can not be said about low light conditions. Shots taken with the P81 show a lot of noise under low light, and look blurry. Using the flash, results in washed out pictures. So, if you’re looking to click a lot of pictures under normal lighting conditions then this is a good device to buy. 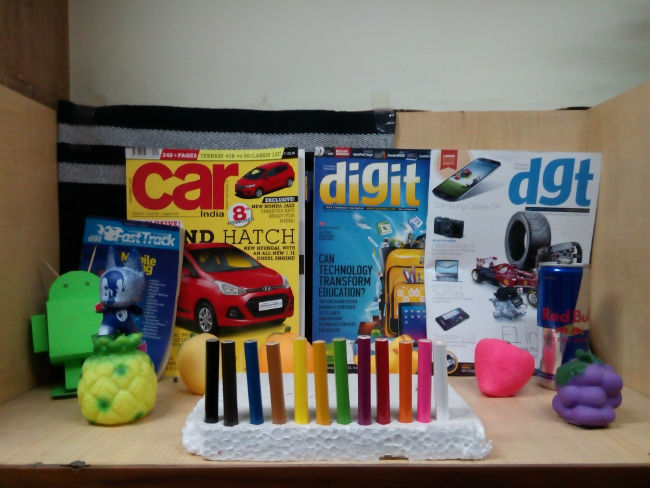 This is another strong point for the P81. The 2,300 mAh battery on the Panasonic P81 went from 100% to 86% after one hour of full HD video playback with WiFi on and full volume and brightness. That is quite impressive and makes for a good smartphone if you’re an avid gamer or run a lot of battery intensive apps on your device.

We would have recommended this smartphone from Panasonic had it been priced a bit lower. Not only is the smartphone priced too high, it runs on Android 4.2.2 OS as compared to the Android 4.4 KitKat OS in competitors like Micromax and Karbonn. While we were impressed by the performance, the UI elements and lack of RAM left us disappointed.