The Panasonic Eluga Arc is the best looking budget smartphone right now, but that’s basically all it has going for it.

To a small phone lover like me, the Panasonic Eluga Arc is heartening. It makes me smile. This phone reminds me for the original Moto X, which in my opinion, is the best designed smartphone ever. Even Moto hasn’t been able to repeat that form factor till date, and there’s absolutely no phone that is as ergonomic anymore. 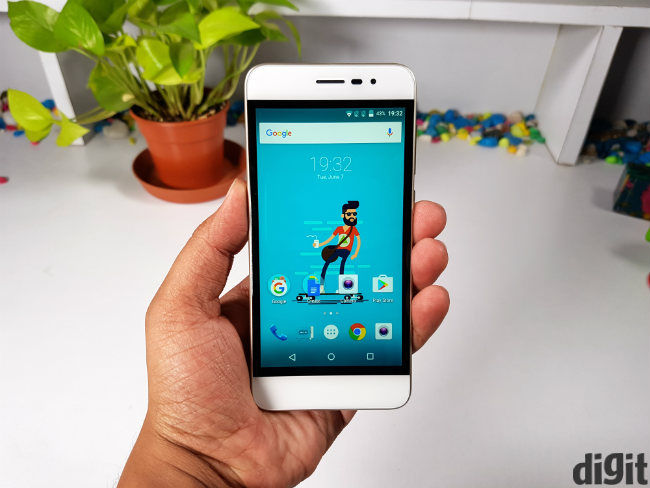 There is no denying the fact that this is the best looking phone in the sub-10k segment. In fact, it looks better than any phone in the sub-15k segment as well. It is light, well built and easy to use with one hand. The design and build quality of the phone are its strongest suit.

The Panasonic Eluga Arc an arched back, 2.5D curved glass at the front and smoothend rounded edges. The button placement and the tactile feedback of the buttons is just right. The device also has a fingerprint scanner at the back, which works most of the times. The back-firing speaker on the other hand could have been better. It is not that loud and the sound gets muffled often, when kept on flat surfaces, like a bed. 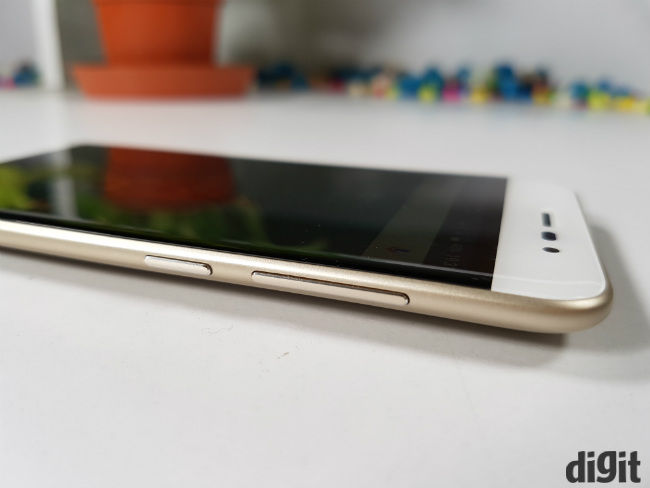 Panasonic has kept things simple on the UI front. The Eluga Arc has an almost stock-like interface. This means there are no obscure menus, the UI looks clean, and there is an app drawer. There are half a dozen pre-installed apps, but all of them can be uninstalled. There is an app locker pre-installed and the phone also features an IR blaster. However, the Eluga Arc runs on Android 5.1.1 Lollipop out of the box, which is a bummer. 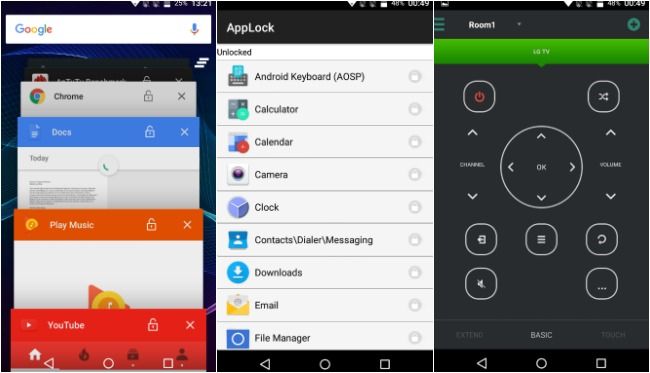 While 4.7 inch is the right display size, it is also important to actually bring good quality. The Panasonic Eluga Arc offers good colour saturation and the viewing angles are acceptable, if not the best. The biggest problem with the display, though, is that sunlight visibility isn’t the best. Moreover, the thick black bezels, to me, look somewhat ugly. It’s conflicting with the 2.5D curved glass on top, and negates its effects. 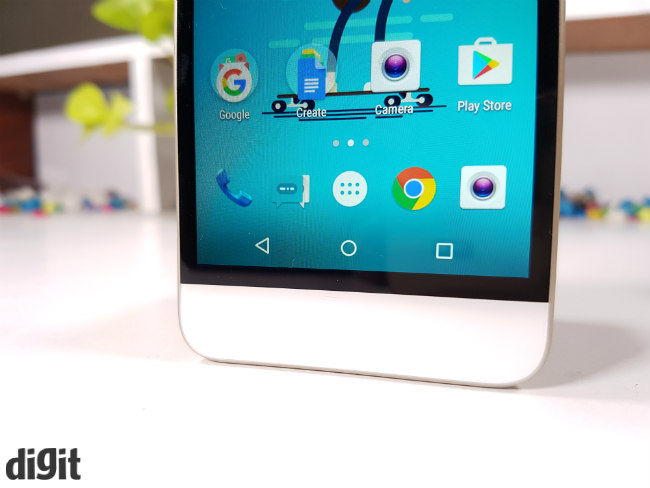 Like the recently reviewed LG K10, the Panasonic eluga Arc is also powered by a Qualcomm Snapdragon 410 SoC. Panasonic has done a good job in optimizing the performance, but this still doesn’t work in this price range. The device performs at a decent pace with some lags in day to day usage. Opening too many apps isn’t recommended, and this isn’t a good phone for playing games, either.

Heavy gaming titles, like Injustice: Gods Among Us, lagged and stuttered occasionally, and the phone also heated up a bit. To be clear, it didn’t show abnormal heating issues, but we’d prefer better heat management. 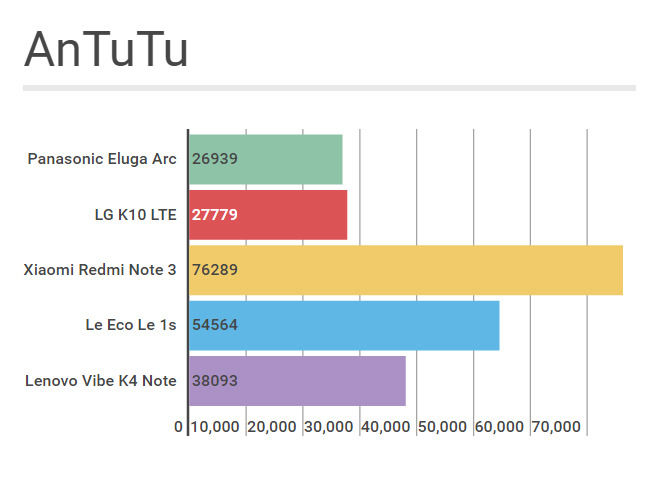 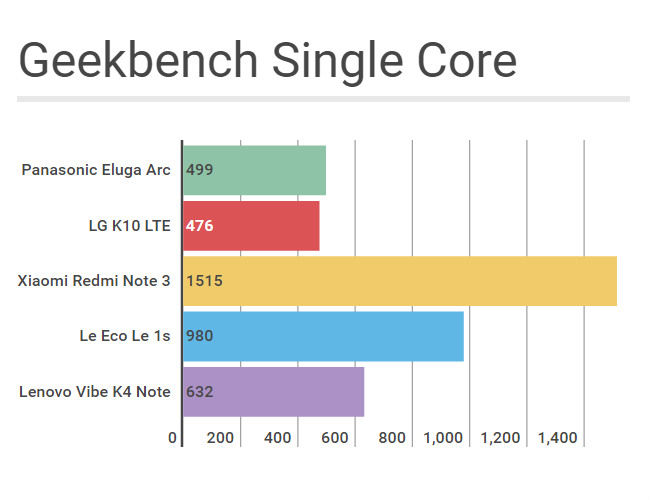 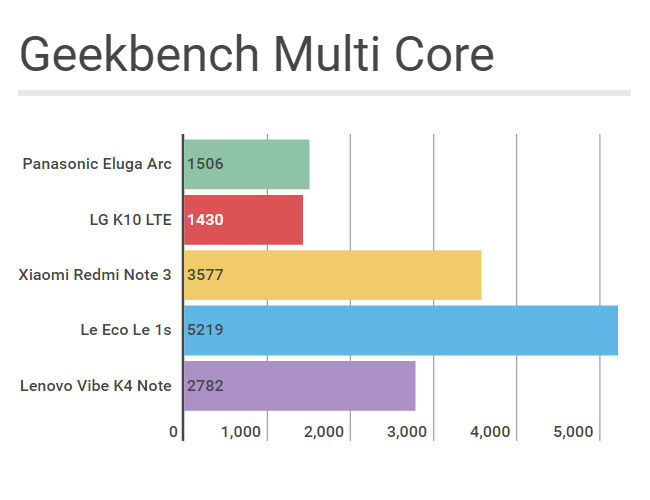 The 8MP rear camera is another hit and miss. The phone takes good images under natural bright light, but image samples tend to show higher noise levels, at anything less than that. The image taken under bright sunlight, and the one taken under overcast conditions depict these cases. 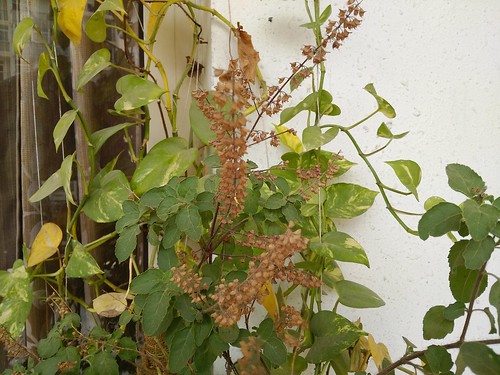 While efforts have been made to capture level of details in low light, images become unusable, due to over sharpening. Under indoor, white fluorescent lights, I observed similar noise, although colours are true to source. Further lowering of light makes images completely unusable. The front facing camera shows similar results and is usable only under bright conditions.

Being a smaller phone, the Panasonic Eluga Arc carries a smaller 1800mAh battery. In the Geekbench battery test, the phone lasts for about 5 and a half hours, securing a score of 2308. Using the phone as my daily driver, with a few calls, a total of two hours of music streaming and YouTube, browsing, and half an hour of gaming, the battery drain was about 25%. I had to charge the battery once, in the evening. 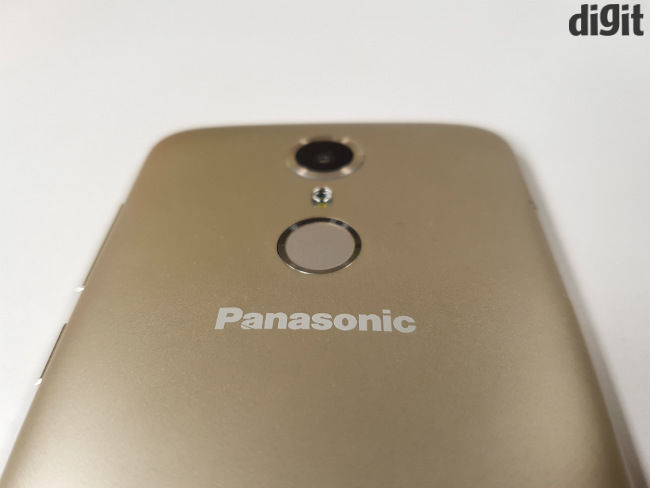 Bottomline: To buy or not to buy...

The Panasonic Eluga Arc is a beautiful phone, the best in this range in my opinion. However, there is not much else that I can appreciate. The performance isn't great, the display isn't bright enough, and the battery needs to charge twice a day. If you’re ok compromising those other things for the best looking smartphone in this range, then this phone is for you. Else, at its price, the Xiaomi Redmi Note 3 or the Moto G4 Plus offer much more for the price.