In its new avataar, the Motorola Moto X is finally a true flagship, both on paper and in real world performance. It's very good value for money, but many may be put off by its weaknesses. The bad camera and limited storage may very well affect its sales. The phone is every bit the performer in all other respects though.

Before I start off with this review, in the interest of full disclosure, let me mention that I own the orignal Moto X and I love every bit of it. So, I was naturally excited to get my hands on the second generation of the device and see what Motorola was bringing to the party this time. Overall, the 2nd Gen Moto X is truly a flagship Android phone that isn't perfect on all counts but an excellent update to the orginal Moto X.

So the new Moto X is available in two variants. While Motorola retained the wooden back from the original, the plastic has been replaced by a leather back on the second generation device. It feels really good and premium, like a flagship smartphone should, even without the wood. In fact, I personally think the leather back, which is less expensive than the wood, looks better on the new model. 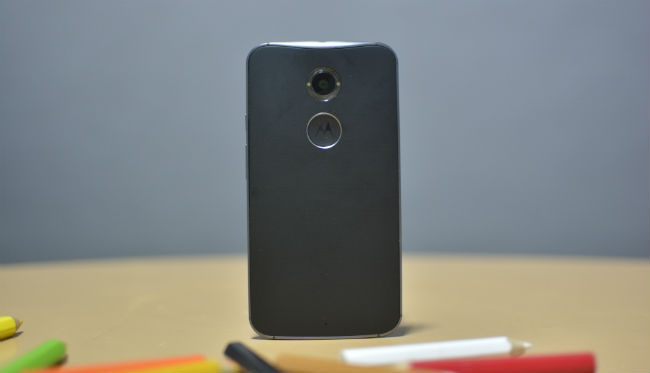 I have to say that the size doesn’t quite suit me though. I prefer my phones to be more compact and easy to hold. The 5.2 inch Moto X (2nd Gen) is nowhere close to the amazing form factor that the original offered, but having said that, it remains one of the best form factors in the market. If you’re used to big phones, then you will most probably not even feel the pinch from the size like I did. 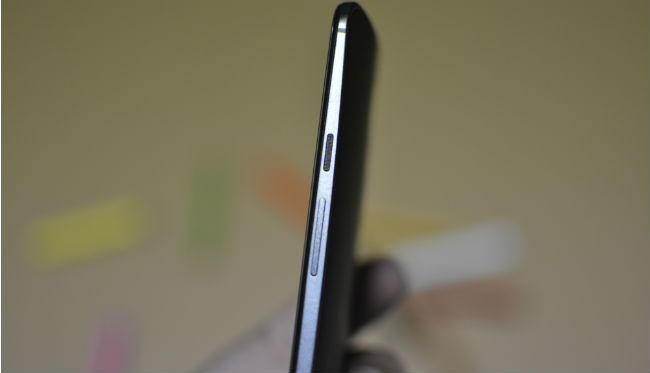 Motorola has also made the device slimmer and coupled with the curved back, it provides good grip. The metal rim on the side adds to the phone’s premium feel, making this a truly high end device. 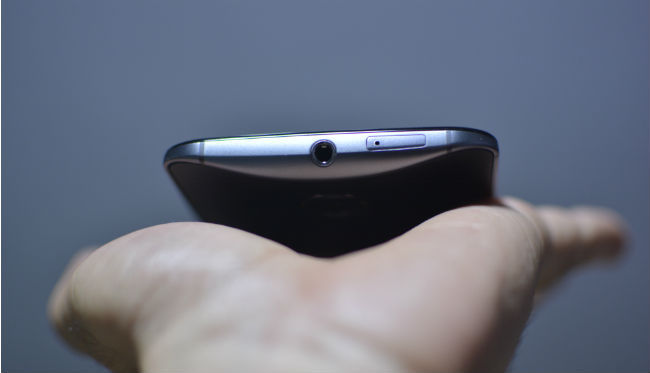 The next big change in the new Moto X is the 1080p display. The AMOLED display is bright and provides vibrant colours. Also, like other Motorola smartphones, the Corning Gorilla Glass 3 does its job in providing both protection and a premium feel to the smartphone. Watching videos and gaming on this device was a treat to say the least. It beats the old Moto X by a long way and is at par with other flagships, if not better than some of them.

The brightness also makes for good sunlight visibility, which is further aided by the fact that the display resists fingerprints to some extent. It does get smudges, but not enough to be a problem.

The UI looks nice on the Moto X and the wide 5.2 inch display makes for a lot of screen real estate. The stock Android 4.4.4 UI runs smoothly and without any lags on the device and reminds you of the extra screen real estate over and over again. This becomes especially evident when you enter the app drawer and see the five rows of icons for all your apps. I didn’t need to go past three screens to fit all my apps,

I’m not a big fan of the new Moto X’s size and the display alone can not entice me enough to buy this phone. But that is perhaps why Motorola went for the Snapdragon 801 SoC on this device. Bear in mind here that this device still boasts Motorola’s Mobile Computing System, which was half the reason for the original being as good as it was. The Snapdragon S4 Pro on the original though is still weak.

The 801 in a way adds the final element to this phone being a true flagship. It is now a flagship even if you’re going simply by the spec sheet. It performs very well on benchmarks and ranks right up there with the Xperia Z3s and Galaxy S5s of the world. 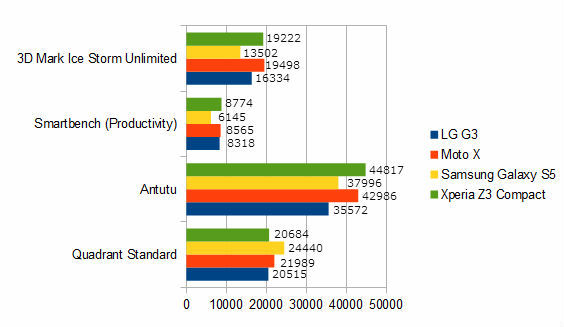 The slim body results in the phone heating up quickly, but the Moto X doesn't go beyond warm. In addition, the performance doesn't drop, even after almost an hour of gaming. This means that the CPU is not being throttled down after heating, which could result in long term implications. But considering that it really doesn't heat a lot, it shouldn't make a difference, at least in the short term.

In addition, the performance is augmented by the fact that the Moto X delivers very good battery life. It got me through my day with plenty of battery to spare, even with gaming sometimes. In our battery test, the phone gave us 10 hours of full-HD video.

This is the one area of this device where the spec sheet fails you. The Moto X (2nd Gen) has a 13 MP camera, on paper. The camera though is much inferior to others in this range and even lower. The Xiaomi Mi3’s 13 MP shooter for example, blows this device away as does the Xperia Z3 Compact, Galaxy Alpha and Lumia 830. 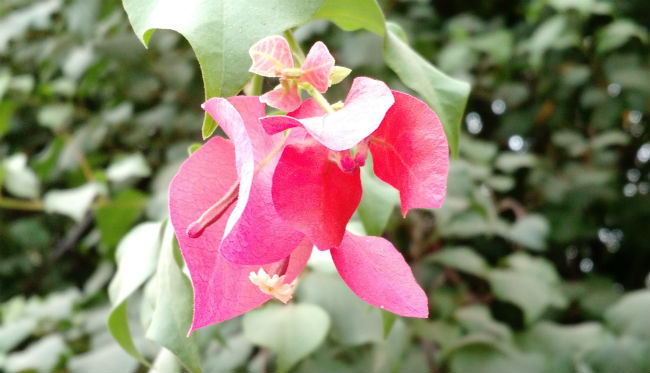 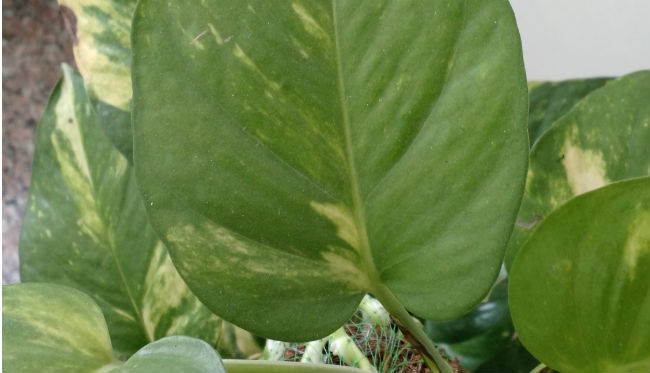 The Moto X’s camera, though better than the original, isn’t good, the problem perhaps being in the stock Android camera algorithms themselves. The auto white balance makes pictures just a little towards the warmer side. In addition, they are also soft and lack sharpness. The camera performs better for macro shots than it does otherwise, but it's still not satisfactory, especially for this price range. Moreover, low light imaging is dismal to say the least. Even the HDR mode doesn’t salvage much. 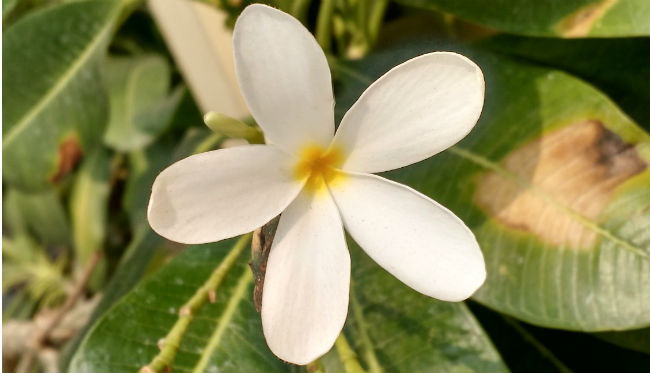 The touchless controls on both the old and new Moto X are more or less a gimmick, but one worth talking about. While Motorola has made many improvements in the newer version, this is still far from perfect. The new Moto X can take customised voice commands from a long way away and understands my accent very easily. But, it recognises the voice command only when spoken in a certain tone that was registered. I called out my launch phrase in various different tones, but it would wake up and respond to only one. Further, the phone responds to any male voice, which is something that happened in the older one too. So, any one who is male and knows my launch phrase can activate my phone. The same happens with a female voice as well.

To be honest, when Motorola announced the price for the new Moto X, I was firmly against it. But it turns out that the company did its research well in advance. Sony did both Samsung and Motorola a favour by pricing its Xperia Z3 Compact at around 45k, while Samsung went for the 40k price tag on the Galaxy Alpha. This makes the 32k price tag on the Moto X much more affordable.

I would have preferred a 30k price tag on this device, but it's still very good value for money at 32k. Personally speaking, I don’t use my phone's camera all that much, which means this is exactly the phone I want. If the camera does play a big role in your decision, then this isn’t the phone for you. But for everything else, this is the best phone in the market today.

Also, the 16 GB internal storage without SD card support is troubling. I don’t use a lot of apps on my phone, which gets me by, but if you do, then you will suffer from this. Why Motorola hasn't launched the 32GB variant in India is puzzling, and the storage limitations and the camera are the two big drawbacks of this device.