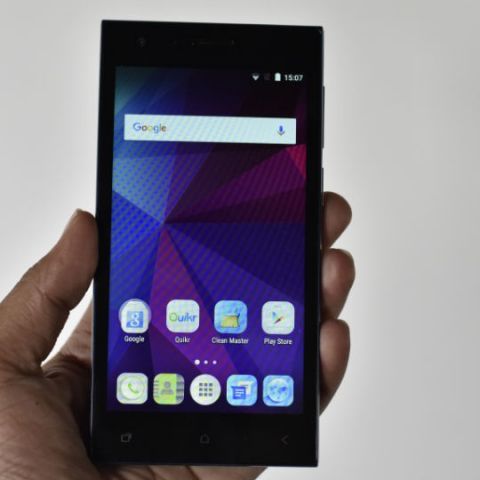 If you are in the market to pick up a smartphone under 7k, there are a lot of options giving the Micromax Canvas Xpress 4G a run for its money. We have the like of the Meizu M2 and the Acer Liquid Z530, which are better overall performers.

If you are looking for a phone under 7k, there are a lot of options for you to consider today. We have the likes of the Xiaomi's Redmi 2, Micromax Canvas Xpress 2, Meizu M2, Acer Liquid Z530 and the YU Yuphoria, each offering a bang for the users' buck. Here we have with us another contender for the same price point – the Micromax Canvas Xpress 4G. Like the name suggests, the smartphone boasts of 4G capabilities. Is it a distinguishing enough feature to warrant attention?

Build and Design
Kicking things off with the build and design of the Canvas Xpress 4G, the smartphone has the traditional candybar rectangular form factor. The first thing that you will notice is that the corners of the smartphone are slightly sharp. Not a deal breaker for me, personally but some of the Digit boys don’t prefer sharp edges on a smartphone. They prefer rounded edges like the ones found on the Acer Liquid Z530. Coming to the back of the smartphone, it has a slightly curved back, which helps with the ergonomics of the smartphone. The back is curved enough to fit comfortably in hands, and yet is flat enough to keep it aligned on a table. The back panel is dark blue in colour, which makes the device quite attractive. At the back we have the fist of Micromax, and above that rest the camera and the LED flash. The bottom of the rear panel has the speaker. Rip out the back panel of the Canvas Xpress 4G, and you have access to the battery, two SIM card slots and the microSD card slot. 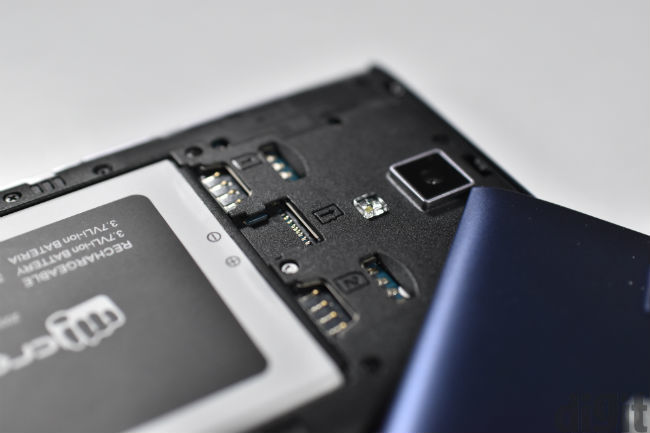 Overall, the build of the smartphone is good, especially when you compare it to other smartphones in the same price bracket. The curved back feels good, and the dark blue colour is attractive. The side panel of the Canvas Xpress 4G that houses the volume rocker and the power button feels very well-built. As far as the sharp edges are concerned, it’s a hit or miss based on your preference.

Display and UI
Moving to the display of the Micromax Canvas Xpress 4G, you have a 5-inch 720p IPS display. The display gets the job done well for the most part. It has good viewing angles. The downside is that the colour reproduction isn’t the best, especially when you place the Canvas Xpress 4G next to the Acer Liquid Z530. Watching videos, browsing the web and sifting through images was a good experience but the colours could have been better.

Another thing that you will notice is that the screen of the Canvas Xpress 4G feels sandwiched between the glass panel and the body, giving you the feeling that there is a layer between your finger touching the display and the actual LCD screen. Considering the price point of the phone we can call this nitpicking, but it is something that you will notice when you use the device. 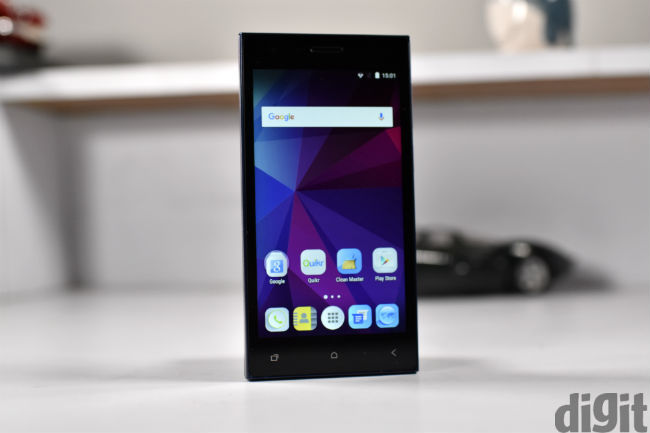 The UI on the Canvas Xpress 4G is lightly skinned just like the ones we have seen on other Micromax smartphones. There is an icon pack and other light UI changes, but for the most part, it has near-stock Android experience. The phone comes preinstalled with the SwiftKey keyboard.

Overall, the display of the smartphone is average at best. There are smartphones with better displays out there, like the Acer Liquid Z530 and Meizu M2, to name a few. 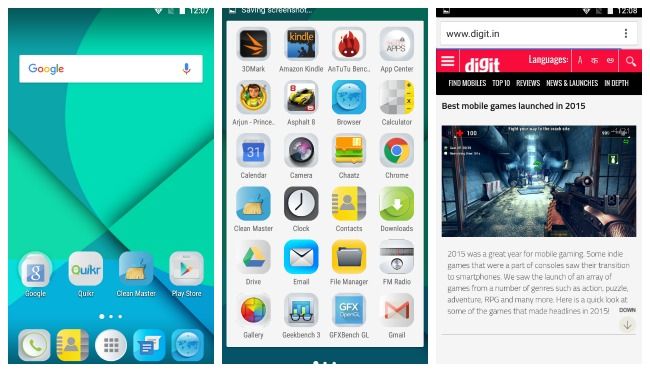 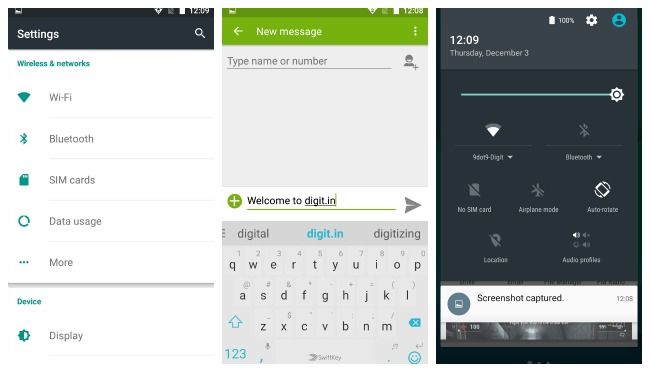 Performance
Before we get into the performance, let's quickly run through the specifications.  The Micromax Canvas Xpress 4G has a 5-inch 720p IPS display that we have already covered. Under the hood, the device is powered by a 1GHz MediaTek MTK6735P quad-core processor coupled with 2GB of RAM. It has 16GB of built-in storage expandable via a microSD card. The rear has an 8MP camera and the front has a 5MP camera. A 2000mAh battery powers the entire package.

From the above benchmarks it is clear that the Meizu M2 and the Acer Liquid Z530 take the cake with raw horsepower. The Micromax Canvas Xpress 4G performs average when compared to the others.

For everyday use the phone worked just fine. The call quality was good at both ends. There is a little audio leak from the earpiece at full volume, but I think this could also be because the person I was speaking to was yelling. The speaker is positioned at the back of the device and that isn’t great, especially if you place the phone on a table while listening to music through the loudspeaker.

Coming back to multitasking, you can have quite a few apps open and running in the background as long as they aren’t memory hungry, and the phone will run fine. Just don’t go ballistic by leaving 30 apps open at the same time.

Moving on to gaming, you can expect to run most of the run-of-the-mill games without any difficulty. Graphics-heavy games like Asphalt 8 did see a significant drop in frame rate. The smartphone has average gaming performance. 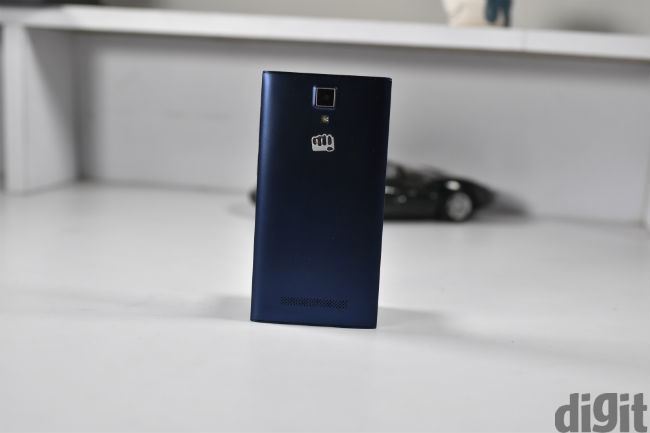 The battery life of the smartphone lasted for about 7 hours in the GeekBench battery test. With very light to average usage, the smartphone can last for the day, but don’t expect to make it through the day with heavy performance including a lot of Twitter action, YouTubing, gaming, calling and more.

The Micromax Canvas Xpress 4G comes with a bunch of preloaded apps such as M!Live, which gives you access to some games, videos, music and more. Other preinstalled apps include Wynk Music, Temple Paradise Dash (you have access to 3 free trials and the game is priced at Rs. 99) and more. The pre-loaded apps aren’t exciting, since you already have a large library of apps at your disposal via the Google Play Store.

Coming to the cameras on the Micromax Canvas Xpress 4G, the rear snapper’s performance was in tandem with expectations. The images are average, and work if you want to post them on social networking websites only, but that’s about it. When you see them in full size, they lack detail. The low light performance isn’t great either yielding a lot of noise. The front facing camera is average too.

Bottomline
For a price of Rs. 6,599, the smartphone has 2GB of RAM, good viewing angles, 4G connectivity, and a good build. The camera on the smartphone is average at best, and the performance could have been better, especially when you have the likes of the Meizu M2 in the same price bracket. The audio output from the speaker is slightly soft, when you compare it to the competition, but it is loud when you use it as a loudspeaker during calls. 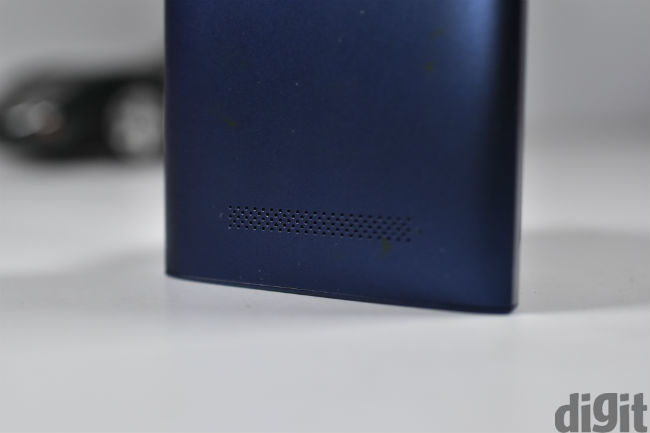