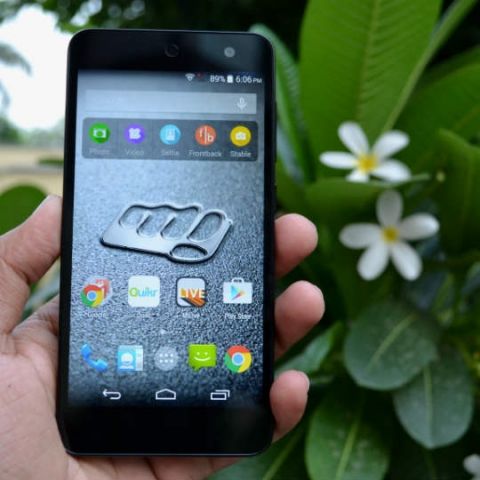 Phones like the Micromax Canvas Express 2 are the reason that Micromax is among the top three phone manufacturers in India. The phone has a lot to offer and it does everything right when it comes to performance, but in order to perform well, loses its battery charge quite rapidly.

The sub-7K smartphone segment is a very highly contested price bracket, with phones like Xiaomi's Redmi 2 and the YU Yuphoria offering excellent bang-for-your-buck. Micromax, however, knows the budget segment market very well, and the new Micromax Canvas Xpress 2 is out to trump them all. On paper, the phone has what it takes to beat everything in the sub-7K price bracket, but how well does it perform in the real world? Well, I used the phone for almost a week and found out that it is a good one, except for just one big drawback (and the lack of 4G connectivity). Read on as I explain why the Micromax Canvas Express 2 is great phone with an “if” clause attached to it.

Build and Design
Micromax has been testing new designs at affordable price points and that seems to be working here. The Micromax Canvas Xpress 2 is a good looking phone. The design looks like an upgraded version of the Micromax Canvas Spark which I reviewed earlier. The matte plastic back, combined with the 5-inch display, feels nice and is easy to hold. Some hints are taken from the design of the HTC One M9 Plus, like the golden side trim, which make the phone quite a looker. The build is plastic, but it feels quite sturdy in hand, and the display also has Gorilla Glass 3 protection. At a price of Rs. 5,999, it doesn't leave much room to complain. One thing to point out though; out of the two grills at the bottom, only the right grill has the speaker underneath. 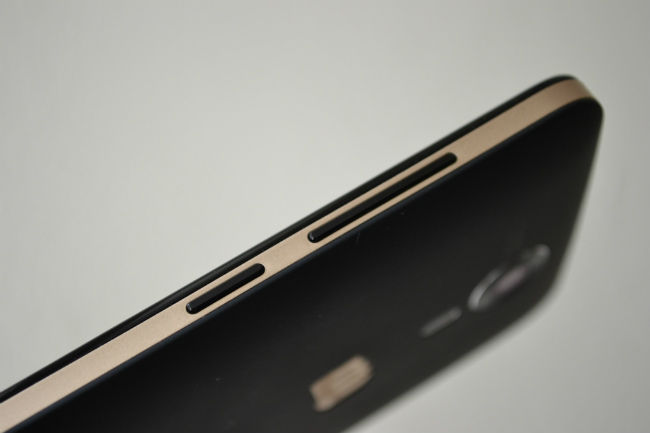 Display and UI
The 5-inch display on the Canvas Express 2 is as good as the one we saw on the Lenovo A6000. It offers depth in terms of colour reproduction. While it also has quite a light touch, it still feels a bit short compared to the display on the Xiaomi Redmi 2, which has better touch-response and is also good looking. The 720p HD display also offers very good and very wide viewing angles, making it one of the best displays I have seen on a budget smartphone. 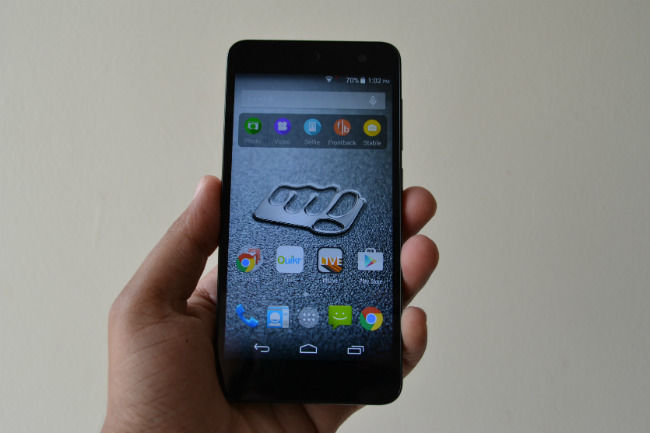 For the UI, Micromax has gone with the tried and tested near stock version of Android Kitkat. We have seen this UI in many Micromax phones lately. The company says that the phone will get an Android Lollipop update soon, but I think it would have been a better decision to make it available out of the box. The whole UI navigation is buttery-smooth, and I faced no trouble or lags while navigating through any part of the phone. One thing I didn't like though was the amount of pre-installed apps. The phone packs almost 800MB worth of pre-installed apps, which makes the 4.98GB of usable storage even smaller. However, these can be uninstalled. 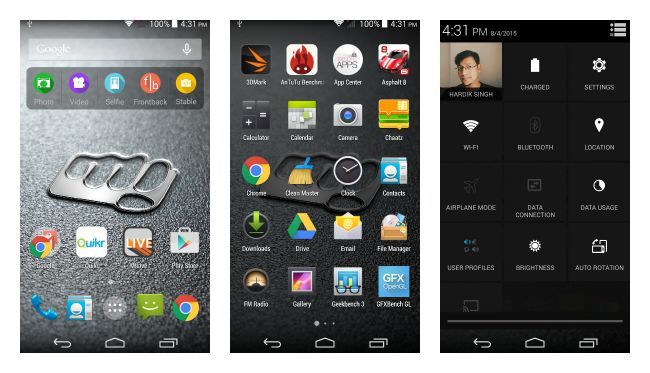 Performance
The octa-core MediaTek processor in this budget offering blows its competitors out of the water. The phone is a brilliant performer for the price, and was more than impressive all-round. It goes without saying that day-to-day tasks were a breeze, browser performance was good, and multi-tasking is decent. Speaking of multitasking, 2GB of RAM would have been extremely good, but like I said, at this price, is still reasonable. Gaming performance is stellar, the phone handles graphic intensive, and even large games, like a champion, as compared to its competitors.

Take a look at the synthetic benchmark scores. These will give you an idea of its performance.

In terms of raw performance, the phone is quite impressive, and it doesn't stop there. The sound quality, via headphones, is unlike anything I have seen so far at this price and the single speaker at the bottom does a decent job as well. Call quality is trustworthy and, while 4G is making its way into India, the phone will only do 3G, which is perhaps the only downfall of this phone at the moment. 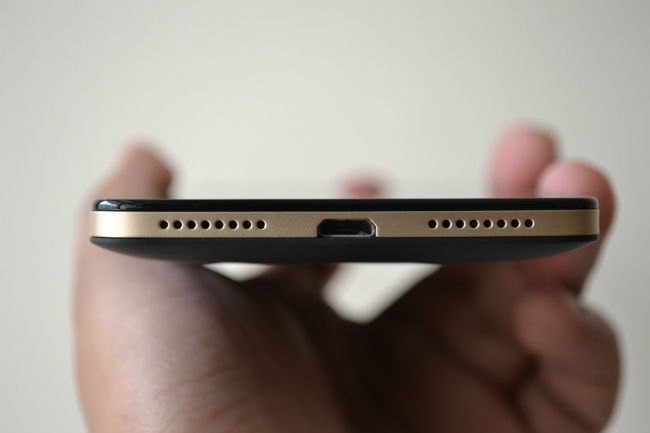 Battery
This is the only flaw in the phone. It’s not downright poor, but it's not as consistent in its performance. In our normal video loop test where we run a 1080p video on loop, the 2500mAh battery died after just 5 hours. Using the phone as a daily driver (including gaming on it), it was able to last just over 6 hours at an average, while shuffling between WiFi and 3G networks. If you like playing games, buying a power bank is recommended, as the phone loses almost 30% charge in an hour of gaming. On top of that, the 2500mAh takes atleast 2-3 hours to charge. However, if you are not into games, the phone may last more than 7 or 8 hours on a single charge. Yes, you might say that the phone should last you a full day, but for practical purposes, about eight hours of regular usage would suit many. You can make do with the battery life, but it remains the one big chink in the otherwise shiny armour. 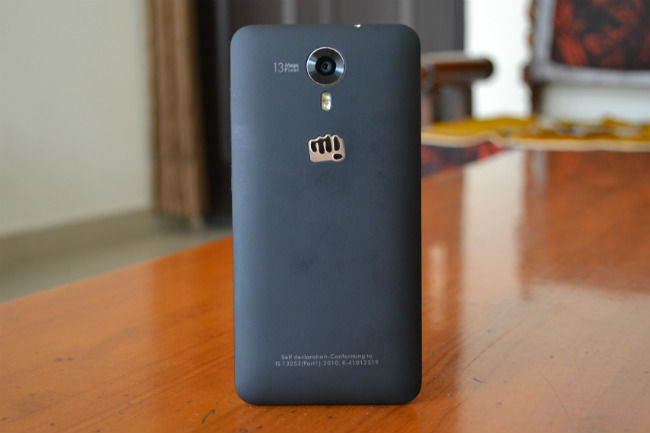 Camera
This budget offering has a 13MP camera sensor at the back, which is not the best 13MP camera sensor around, but does a good job for the price. The images taken by the rear camera have decent dynamic range and very good colour reproduction. Low light images do have a bit of noise, but even then, the camera is able to produce some good looking photos. Unlike the rear camera, the front-facing 2MP camera though is not that good, but it is definitely better than the average budget offerings. 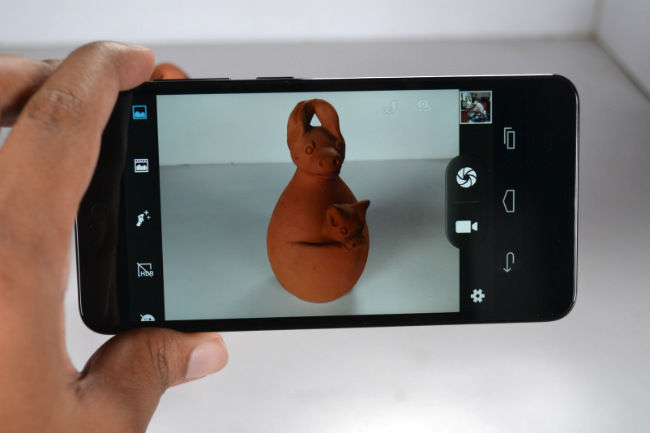 Bottomline
The Micromax Canvas Xpress 2 is a great phone for the price, even though it comes with an “if” clause, which is "if" you are not a mobile gamer, this phone will offer stellar performance, a good camera, and one of the best designs in the budget segment, along with a usable battery. So, to conclude, I would recommend this phone to anyone who’s budget is under 7K and is not into mobile gaming.