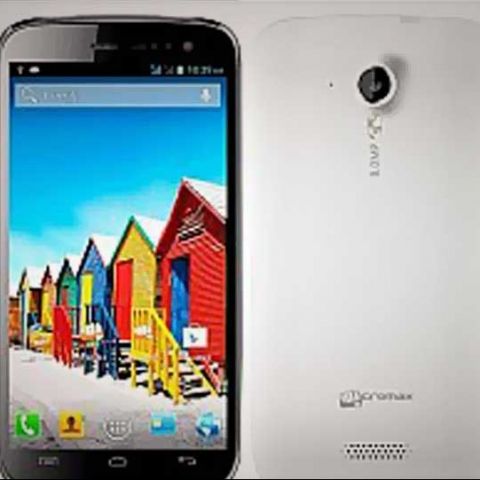 Currently the best performing sub-15k smartphone, the Micromax A116 Canvas HD is also one of the better-built devices. If you can overlook the gaudy preloaded skin and some of the random crashes and bugs, then you have a treasure in your hands. The power under the Micromax A116 Canvas HD's hood is really great, the display is fantastic and finally we have a decent camera on a budget smartphone. A must buy for all looking to invest wisely in their first smartphone, or those looking for the best deal under Rs. 15,000.

With the launch of the A116 Canvas HD, Micromax has pushed the envelope even further by giving the A116 a quad-core processor, 1GB of RAM and a 720p HD display. Considered one of the most anticipated budget smartphones to hit the Indian shores, is the Canvas HD all it is hyped up to be?

Build and Design
At first glance, the Canvas HD is a good-looking phone. It has a curvy design just like its predecessor, the Canvas 2 A110, which is very reminiscent of the Galaxy Nexus. The design of the A116 Canvas HD appears curvier than it actually is.

Just like the A110, the Canvas HD has a 5-inch display with the earpiece above the display. The front-facing camera rests to the right of the earpiece. Below the display we have the familiar capacitive touch buttons – menu, home and back. The rear of the smartphone has the 8MP pearl white finish plastic, which also houses the 8MP shooter along with the LED flash. It also has the speaker grill at the bottom of the rear panel. The rear panel is a fingerprint and dust magnet, which is a light disadvantage.

Flip out the rear panel and you will notice the enhancements in build quality in comparison to the A110. The plastic used feels better. Below the rear panel of the A116 Canvas HD rests the slots for the two SIM cards as well as the 2000mAh battery.

There is however one very big design flaw with the Canvas HD. The display of the Canvas HD lacks Gorilla Glass and this is a big drawback. Considering the price point, we can’t really expect it, but then again, this means the display is left vulnerable to scratches.

Overall, the Canvas HD is a good-looking phone. We showed the device randomly to a few people and they were surprised to learn this is a Micromax device. The budget smartphone feels sturdy and well-built in one’s hands and this is a good thing especially considering the price point we pay. The A116 feels convenient for both single as well as dual-handed use.

Features and Specifications
The Micromax Canvas HD A116 is a powerhouse in terms of its specifications, especially if you consider the price point. For Rs. 13,990, the Micromax Canvas HD A116 has a 5-inch IPS LCD display with a 1280x720 pixel resolution. It is 10.7mm thin and weighs a mere 156 grams. It is powered by a quad-core 1.2GHz MediaTek MT6589 processor and PowerVR Series5XT GPU, coupled with 1GB of RAM. It also houses a 2000mAh battery, an 8MP rear camera and a 2MP front-facing camera. It runs on Android 4.1 Jelly Bean upgradable to Android 4.2.

For now (until something better comes along), it is safe to say that these are the best specifications you will get on paper for the price point. The Canvas HD’s Jelly Bean OS is mildly skinned, similar to the one we found on its predecessor. You still have access to five home screens, which you can load with widgets and shortcuts. The apps and widget list is stock Android.

The Canvas HD does come with a bunch of preloaded apps such as CricketFever, Fruit Devil, and a bunch of Micromax specific apps such as M!Live, M!Store, M!Zone and HookUp. The device also has an FM radio, something of a rarity in modern day smartphones.

Performance
The Canvas HD has impressed us with great build and true to tradition design. The power under the hood is also something to talk about. But does the Canvas HD actually perform well in benchmarks and real-word usage scenarios?

Most of the devices in the Rs. 15,000 price range have a dual-core processor coupled with 1GB or 512MB of RAM. We compared the Micromax A116 Canvas HD to other smartphones around the Rs. 15,000 price point. This includes devices such as the Spice Stellar Pinnacle Mi-530, iBall Andi 4.5q, WickedLeak Wammy Sensation, Lenovo S560 and the HTC One V.

In its benchmark scores, the Canvas HD outperforms the competition in all but the Browsermark benchmark. The device is truly a powerhouse of performance from the word go. It is great at multitasking and all the apps ran quite smoothly on it including some of the graphically heavy games such as Dead Trigger.

The benchmark score of the Canvas HD were impressive enough to tempt us to pitch it against some of the most popular premium smartphone. You can take a look at that comparison here.

The 720p HD display on the Canvas HD is one of the best we have seen so far on a sub-15k phone. The viewing angles are great and the representation of colour, texture, and sharpness is beautiful. We saw a bunch of YouTube videos on the phone as well as a 720p HD movies. All of them ran beautifully. Navigating on the movie timeline also felt smooth, without any jitters. There was however one point where the movie stopped on its own and the device restarted. 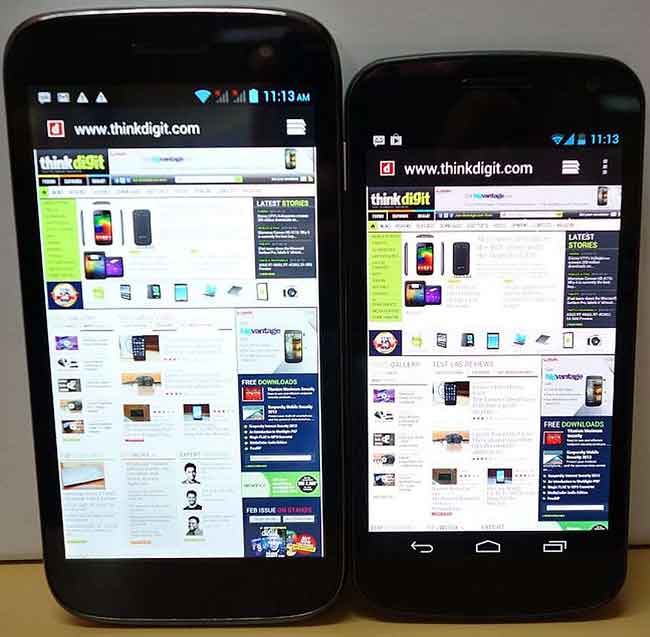 The audio output from the A116 Canvas HD is loud, crisp and clear. At full volume there are points where the audio scratches, but that is a generic problem with smartphones in the sub-15k bracket.

The Canvas HD’s performance isn’t perfect though. Apart from the random bugs and crashes, there is also one major problem. If you install the app Flipboard, the A116 will crash and you will have to go through a series of steps to restore it. This is a major issue and it is being faced while installing one of the most popular third party apps for Android.

The call quality from the A116 is as good as the previous generation device, which is to say that it is average. We have seen other devices with better loudspeaker performance when it comes to making calls but what you get on the Canvas HD is a good experience overall.

The Canvas HD camera’s engine has been tweaked to bump-up the colour saturation, producing punchy colours and images with a hint of exaggerated contrast. The obvious negative side of the extra vibrant colours is that the overall image don’t look very natural. There is an obvious warm tone to all colours, which becomes evident when you are shooting frames with a lot of red, pink and yellow tones. Given its usage scenario, where most users are looking for pleasing images with vibrant colours from their smartphones, and using them mainly for web postings, the extra vibrancy isn’t necessarily a bad thing.

While shooting indoors and in low-light we encountered a consistent problem of ending up with blurry images. This could be the result of the electronic shutter dropping down the shutter speed to below 1/10 of a second, to avoid noise and maintain exposure. In contrast, most cameras in challenging light conditions would either give dark, under-exposed images or they’d be very noisy, but the results won’t turn out blurry. While you can attempt to fix underexposed and noisy images with some post-processing, blurry images unfortunately are mostly unusable.

The battery on the Canvas HD is the same as the Canvas 2 A110 – 2000mAh. We were a little sceptical towards its performance considering the monster under the hood, but it’s safe to say the battery performs. In our continuous video playback test, the device lasted for a little over 6 hours. With average everyday use of calling, a lot of texting and social networking with a bit of games and YouTube thrown into the mix, the device has the potential to last through the day.

Bottom Line
For Rs. 13,990 you not only get the best performing sub-15k smartphone, but also one of the better-built devices. If you can overlook the gaudy preloaded skin and some of the random crashes and bugs, then you have a treasure in your hands. The power under the Micromax A116 Canvas HD’s hood is really great, the display is fantastic and finally we have a decent camera on a budget smartphone. A must buy for all looking to invest wisely in their first smartphone, or those looking for the best deal under Rs. 15,000.

Check out our video review of the Micromax A116 Canvas HD below.